Voice MagNewsCulture sector to re…

Chancellor Rishi Sunak unveiled the UK’s Autumn budget announcements this week, and has set aside millions for the culture sector, but is it enough?

An £850 million investment plan for the culture sector has been announced by Chancellor Rishi Sunak through his budget this Wednesday (Oct 27). It highlights the government's plans to protect cultural areas such as galleries, museums, and local culture across the UK.

In a statement to the House of Commons, Sunak said: “Thanks to the Culture Secretary [Nadine Dorries], over 800 regional museums and libraries will be renovated, restored, and revived.” He added, “The tax reliefs for all those sectors will – from today until April 2023 – be doubled, and they won’t return to the normal rate until April 2024. That’s a tax relief for culture worth almost a quarter of a billion.”

The CEO for the Association of Independent Festivals, Paul Reed, has said: “We look forward to hearing more detail about some of the measures announced by the Chancellor today, in particular the allocation of further COVID-19 recovery funding for the cultural sector.

“On the surface, however, it doesn’t go far enough in supporting our truly world-leading festival industry. It is clear that the most effective way for the Government to support the industry’s recovery into 2022 and beyond would be to extend the VAT reduction on tickets, look closely at a permanent cultural VAT rate, and completely remove festivals based on agricultural land from the business rates system. Unfortunately, none of this was forthcoming today.”

The Chancellor also mentioned that the government has secured £2 million in funding to build another museum dedicated to the Beatles on Liverpool’s waterfront, the details of what the project will be and what differences will be found compared to the existing Beatles museum in Liverpool remain unclear

Culture Secretary Nadine Dorries said in a pun-filled post on Twitter: “Oh! Darling. The government has Come Together to invest £2 million into a major new Beatles attraction, With a Little Help from My Friends at @hmtreasury and taxpayers support, we’re getting the waterfront development in Liverpool going. That’s something to Twist and Shout about.”

Julian Bird, the chief executive of Society of London Theatre and UK Theatre commended the measures, stating that the tax relief for theatres will “provide producers and investors with greater confidence in developing our world-leading theatre and drive the cultural recovery from the pandemic”. He added: “Welcome news that core funding for the Department of Digital, Culture, Media and Sport and Local Authorities is set to increase will reassure the venues and performing arts companies up and down the country that rely on their support in delivering culture to their local communities”.

However, not everyone is happy with the newly announced budget spending, namely those within the music industry. Jamie Njoku-Goodwin, Chief Executive of the industry body UK Music has said that “further action is needed” in order to “support the music sector’s post-pandemic recovery”. He mentioned, “Covid halved music’s economic contribution to the UK economy from almost £6 billion a year to £3.1 billion in 2020. If the Government strikes the right note by delivering the support we need, our music industry will come back stronger and bigger than ever.

“We are pleased to see the extension of the orchestra’s tax relief yet the Government has missed an opportunity to not take forward further music tax incentives to help boost jobs and economic growth. Similarly, business rate relief for venues is very welcome yet we remain concerned about next April’s VAT hike for live events. Ministers must put turbo-chargers under the efforts to clear away the barriers that are still making it so hard and expensive for musicians and crew to tour easily in the EU.”

Paul Pacifico, the Chief executive of the Association of Independent Music felt encouraged by the tax relief extension, but has also called for a music industry-specific scheme, he said: “It’s encouraging to see the Government recognise the serious blow Covid dealt to the UK’s music industry in today’s Budget, discounting business rates for music and other hospitality venues and for premises improvements and green tech use as well as increasing tax reliefs for orchestras.

“However, more must be done to support the globally significant independent music sector to ensure a viable future for diverse music, creators and entrepreneurs. One key proposal is a tax relief scheme for music, like those successfully implemented in other creative industries such as film and games.” 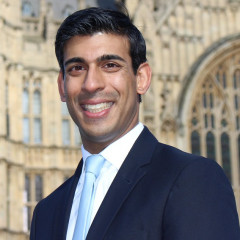 Chancellor Rishi Sunak unveiled the UK’s Autumn budget announcements this week, and has set aside millions for the culture sector, but is it enough?