Voice MagArts AwardInterviewsWhere are they now?.…

Anthony Price completed his Gold Arts Award in 2012, and has been an Arts Award advocate at many events. He's currently running his own online film magazine, Cinema 22.

It's interesting really; I always wanted to be about a million and one different things when I grew up - from an MI6 spy to a famed Archaeologist. While those two in particular didn't work out, looking back there was a strong common connection between them, film. Whether it was James Bond or Indiana Jones I've somehow always had a strange infatuation with cinema. So it's appropriate that currently I've been working hard to establish my own publishing and events organisation, Cinema 22, which exists to fuel your passion for cinema. At the heart of the brand is a themed online magazine, but we're looking to start rolling out a programme of regular double bill screening events that tie in directly with the theme of the magazine.

I'd like to think I'd be doing two things. I hope for Cinema 22 to not only be sustaining itself, but also providing some form of employment opportunity for people in the community, while I also see myself as the owner of a 1920s style cinema.

Which levels of Arts Award did you do, and how did you use it to develop your creativity or skills?

Rewind to 2012, I'd never heard of Arts Award. I was presented with the opportunity of doing either Silver or Gold, so without even weighing it up, I jumped right in and went straight for Gold. The leadership element of my Gold was Editor of the first issue of Culture on a Shoestring. You could say that, while the content process was entirely different to the way I work on Cinema 22, it certainly was a learning curve – I'd never worked on a magazine before then, never mind co-created one!

There's one piece of advice, sadly it's clichéd and patronising, but it's true - don't give up! Perseverance does pay off. 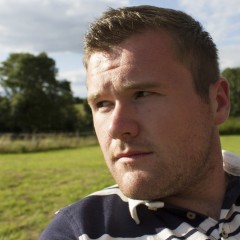 Where are they now?...with Anthony Price

Anthony Price completed his Gold Arts Award in 2012, and has been an Arts Award advocate at many events. He's currently running his own online film magazine, Cinema 22.