Voice MagArts AwardInterviewsWhere are they now?.…

Austin Caley was part of our original Youth Network in 2012. He's now in his second year of an acting BA at Rose Bruford Drama School, and writing his own work.

Since leaving the Arts Award Youth Network I moved to London to continue my career in Acting. After a year of working with different theatre companies and waiting tables at Claridges I auditioned and was accepted into Rose Bruford Drama School on the BA Hons Acting course. I am currently in my second of the three year course. It's very challenging but extremely enjoyable - I am happy to say that the hard work and persistence has paid off so far!

A friend of mine; Stuart Brennan, also an actor has very recently finished shooting an independant film which he co-wrote, produced and starred in. Due to the subject matter it explores, during the early stages of development it gathered a lot of publicity within the industry. Eventually, after some exciting phone calls and meetings, multi-award winning Director Martin Scorsese was attatched to the project as Executive Producer. To my delight, during November Stu asked me to act in a very small scene with him on the film. I was only on set for three hours and I only had two lines, but it was an unbelievable experience. And the thought of my favourite director seeing me act (though very briefly) still gives me the chills. 'Tomorrow' is due to be released at the later stages of this year.

In five years I would have graduated from Drama School, having signed with an agent - hopefully! At this stage in my career I must not be too selective with my work and take what I can get, but in five years time I hope to have the opportunity to choose my work, whether that's in film, television or theatre. I will also continue to write my own work. Much later down the line I hope to be able pass on what I've learnt to others, after having some experience with teaching at my local youth theatre at the Salisbury Playhouse. I owe so much to others having helped me this far, so to pass it on would be fantastic!

I completed my Bronze award. As I said above I was also a member of the Arts Award Youth Network. Through this I had an insightful look at the beating heart of Arts Award and was lucky enough to work with a variety of practitioners who are responsible for delivering such a unique and important qualification to youth of all ages. Having had this connection with Arts Award and now being a part of the Arts, it has really allowed me to recognize the importance of support, with whatever medium one wishes to express themselves through. We live in an ever evolving and expanding world, Artists; in whatever form, are the essential storytellers of our human existence.

Never give up! You may not be so lucky to have the support from your friends, family, specific outlets like Arts Award and Youth groups for any arts association/industry. It is therefore imperative to realise your own talent and potential, to stick to what you love doing the most and enjoy every second of it. Don't replace what you love doing with anything. Have a vision, put in the work and don't be afraid to seek help that's always around, for you can always get you to where you want to be. 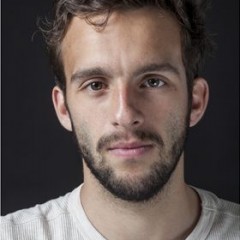 Where are they now?...with Austin Caley

Austin Caley was part of our original Youth Network in 2012. He's now in his second year of an acting BA at Rose Bruford Drama School, and writing his own work.