Voice MagInterviewsWhat goes on at the…

Find out more about the first ever Kimjang Festival in Europe!

I am a trustee of a registered charity, Korean British Cultural Exchange (KBCE) and a festival director of the Kingston Korea Festival, which runs three programmes: the Harvest Fest in September, K-Pop UK National Competition in October and the Kimjang Festival in November. I used to work at an arts centre in Seoul, Korea. I came to the UK to study arts policy and management.

Why did you decide to hold a Kimjang Festival?

The KBCE runs events and educational activities to promote Korean culture in the UK. Kimjang: Making and Sharing Kimchi is a new initiative, made possible by money from the National Heritage Lottery Fund, which involves recording, archiving and distributing 20 authentic kimchi recipes from Korean communities through a book and online videos; these will launch in February 2010. The festival is the culmination of a year’s work on the Kimjang Project and we hope to introduce the true sense of togetherness that surrounds Kimjang.

Please tell us more behind the cultural traditions of Kimjang Festival.

Kimjang is where people gather in late autumn/early winter to make kimchi together with their neighbours, passing recipes down through the generations. Sharing the kimchi ensures that everyone in the community has food to sustain them through the winter. Kimjang was inscribed as a UNESCO intangible cultural heritage in 2013 (South Korea) and 2015 (North Korea).

There is a large kimchi festival in Seoul, which is now in its sixth year, which celebrates Kimjang and the kimchi culture. Ours is the first such festival in Europe. 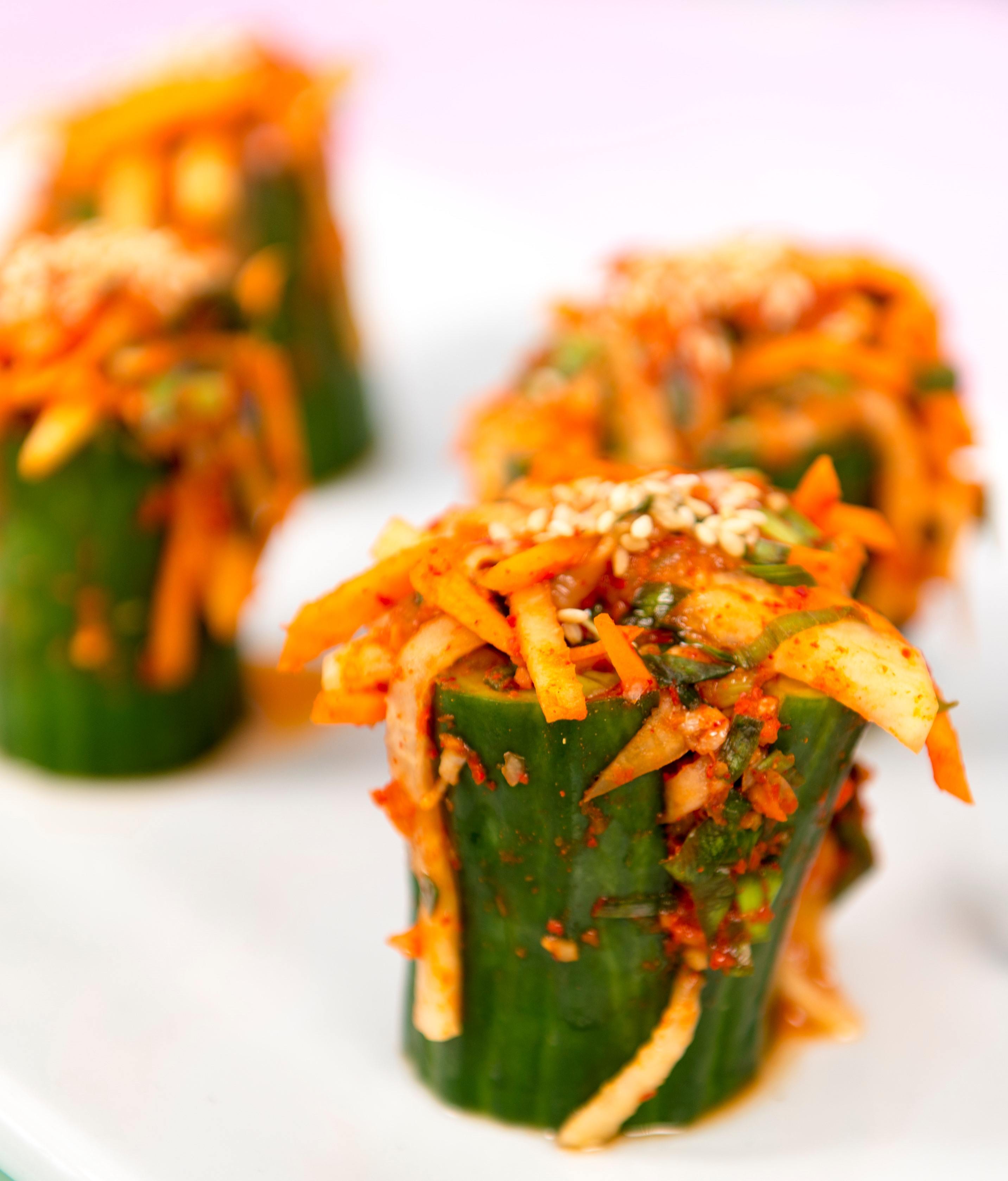 What activities do you have planned for this festival?

The inaugural Kimjang Festival on 23rd November in New Malden was the first time Kimjang culture has been introduced to the UK at a large event. On the day there was: kimchi demonstrations, free kimchi making sessions led by Chef Yim, kimchi exhibitions, a talk by nutritionist Clemence Cleave on the benefits of fermentation, a chance to sample a variety of kimchi - including cod radish kimchi, a photography exhibition, a chance to try on Korean costume, stalls selling Korean food followed by live entertainment including traditional music and K-Pop performances. There are also activities for children, that includes kimchi making and treasure hunt.

There are around 45,000 Koreans living in the UK, with over 20,000 living in the New Malden London suburb. Why do you think it’s important to hold this celebration?

We realised that, sadly, Kimjang is rarely practised by Korean families and communities in the UK. The main reasons for this are that the number of first-generation Koreans has decreased over the years, the number of mixed marriages of third-generation Koreans has increased, and some local kimchi manufacturers are now providing the dish unfermented, unlike the traditional recipe. We therefore started the Kimjang Project to promote the true, original taste and ‘togetherness’ value of kimchi, here in New Malden, another Korea outside of Korea.

What do you hope the Kimjang Festival will achieve?

We hope that the Kimjang Festival grows and becomes an annual event that appeals not just to Koreans, but to everyone who likes kimchi and wants to know more about its history and the traditions that are involved in its preparation.

We would love to replicate the success of Chinese New Year celebrations in Chinatown in London’s West End. It started as a local celebration but has grown in size, offer and appeal and is now one of London’s must-visit events.

What was the creative process like when planning this project? Did you face any particular challenges?

Our initial idea was quite simple. We wanted to organise a small scale Kimjang festival to make kimchi together in New Malden. However, when I met the grant officer at the National Heritage Lottery Fund, she gave me an opportunity to look at this project from a different angle. We decided to show the history of kimchi and kimjang by working together with people like Korean housewives and grandmothers, who rarely get to be in front of the camera, and talk about their family recipes. Once they understood how valued these recipes are they became more confident and we ended up getting a lot of unique and delicious recipes. One of our challenges was that we had quite a short filming schedule to make it all happen, and working with non-Korean film crews we had to make sure nothing got lost in translation.

What happens at the Korean British Cultural Exchange?

The Korean British Cultural Exchange (KBCE) was established to organise the Kingston Korea Festival for the Royal Borough of Kingston upon Thames in 2016. It aims to promote Korean culture through various activities in the UK. Through cultural exchange and artistic collaboration, we believe that we can understand and build a better community and society together.

Like many charities, KBCE relies on its wonderful volunteers and always welcomes the participation of local artists and people willing to get involved with organising events. If you would like any further information about KBCE and its activities, please send us an email ([email protected]) or sign up to our mailing list on our website.

KBCE is always looking for volunteers to help run our festivals. We can provide work experience or internship for young people to develop their skills. This year, we also organised a few workshops, such as an oral history workshop and a first aid course for volunteers so that they can get certificates. There are always a lot of opportunities to volunteer during the events. This includes running audience participation programmes, doing audience research, as well as site management. And it goes without saying that we are always open to ideas from young artists and performers.

What activities are most popular for young people and why?

The music and dance ones are certainly popular. We collaborated with the London K-Pop Dance Workshop (aka LoKo) to host the second KPop UK National Competition, which was held on 26 October. There were 13 dance battle contenders, 38 applicants for the dance category and 15 applicants for vocal category.  Our lotus lantern making classes are also very popular with the younger visitors to our events.

Esther, who is nine-years-old, said, "My favourite thing about the kimchi making class was the squishing and rubbing the cabbage. I liked it because it was so squidgy and nice." 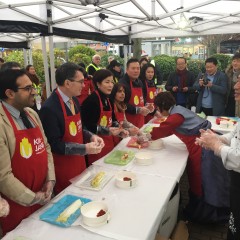 What goes on at the Kimjang Festival?

Find out more about the first ever Kimjang Festival in Europe!