"There is no such thing as bad poetry, it is only unpolished."

My name is Jamal Hassan. I’m a writer and performance poet based in South London. I have been writing for 6 years and performing for 3. I have been working with Run Softly since June and it is one of the biggest projects I have done so far in my creative career.

What happens at your organisation?

Run Softly is less an organisation, more a joining of writers and performers in partnership with Totally Thames. Our director, Izzy Inkpen recruited us. Izzy not only founded Run Softly, and wrote as many as half the poems in this year’s run, but also last year, they wrote and performed everything single-handedly.

Tell us about your personal relationship with the Thames River.

I was born very close to the river; at St. Thomas’ Hospital. Before my family moved to South London, I lived in Waterloo and the young me was always blown away by its size. I have always seen it as a permanent neutral zone of calm in the city. My favourite spots to sit and watch the water are by my best friend’s house in Fulham and along Southbank. Most times I sit on the brick fences and just stare meditatively at the Thames and unwind. I don’t need to talk or even think, just watch the waves.

What’s your project for Totally Thames?

In a nutshell, we are exploring marginalised histories and sustainable futures about the River Thames through poetry. We each took a period of history, from Anglo Saxon times, through the Middle Ages and the Renaissance, to Victorian times, we each wrote a poem from the perspective of a person living in these times. We paid particular attention to voices who, during these times, would have been disenfranchised. In addition, we co-wrote poems exploring the ecological impact of humans on the Thames, as well as the effect it has on us, and will have on us in the future.

Politics. The historical poem I wrote draws parallels between the feudal system of the Middle Ages and the problems of income inequality now. It was surprisingly easy how similar I could draw lines between then and now. Also, the director has been very inspirational as well; pushing all of us to realise our potential. I would not have written anything half as good if it weren’t for them.

What do you hope the impact of this project will be?

At the very least…I hope it will encourage people to think twice before throwing their rubbish into the river, or anywhere for that matter.

Do you have any advice for young people interested in getting involved in this art form?

Don’t get caught up in your desire to be the next poet laureate; having something finished is often best because you can edit it after to make it better. There is no such thing as bad poetry, it is only unpolished. Attend workshops to flex your writing muscles. Read and listen to other people’s work whenever you get the chance. Practice your lines in front of a mirror to see what you’ll look like if/when performing.

Where can people find out more about your organisation and your event? 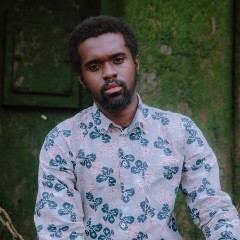 "There is no such thing as bad poetry, it is only unpolished."