Voice MagInterviewsWant my job? with Ia…

"The greatest feeling is hearing a piece you've written performed by great musicians for the very first time. It's as though the music suddenly goes into three dimensions, or moves from black and white to technicolour. It sends shivers up my spine."

I'm a composer and producer, and my music is heard in concerts, in site specific installations, and on the radio. I'm also a member of the tape music group, Langham Research Centre.

No day is the same, but it might be a mixture of composing music with a piano or computer, developing ideas for pieces and projects, recording sounds in the field, and planning projects

The greatest feeling is hearing a piece you've written performed by great musicians for the very first time, in rehearsal. It's as though the music suddenly goes into three dimensions, or moves from black and white to technicolour. It sends shivers up my spine.

A recent highlight is The House of Sound, a huge outdoor piece in the City of London, which conveyed the changing sound of the City over 600 years, in around 25 minutes, using live musicians, actors, and a large array of loudspeakers.

The Bascule Chamber Concerts - five years old this year - has been an amazing project to work on, bringing me close to audiences and artists, and it's always great to see people's reaction as they enter the Bascule Chamber for the first time. And with Langham Research Centre, touring Japan last October, a totally new experience of performing music in an amazing culture.

I don't consider what I do as a job. I started by working in network radio, and I still make a lot of radio and podcasts today. 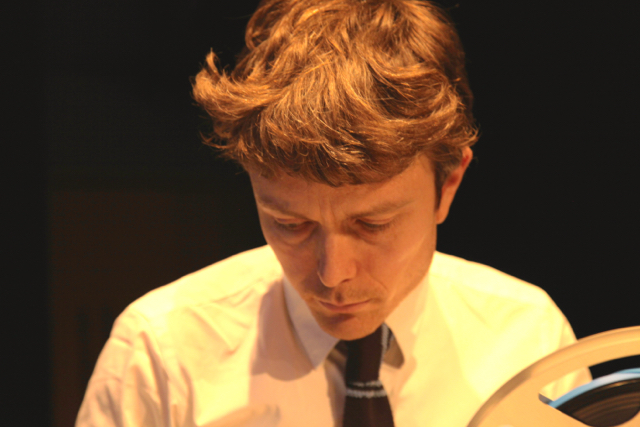 Tell us about your personal relationship with the Thames River.

The sound of the river slapping against steps at high tide...the sense of the river as a vibrant force of its own, independent of humans, lasting well beyond them

What’s your project for Totally Thames?

This year's Bascule Chamber Concerts are our most exciting yet. They take place inside one of London's greatest hidden spaces, within the 'feet' of Tower Bridge, below the line of the Thames, where you hear boats going past above your head. We have a premiere of a quartet piece by the jazz musician Charles Mingus, newly rediscovered, very exciting music by the American composer Julius Eastman, newly commissioned poetry from Birdspeed celebrating the black tudors who worked for Henry VIII, alongside new work from four composers, including Alex Ho's new percussion work for discarded objects left in the Thames itself.

The themes have emerged almost after all the elements came together - there's a strong sense of black history, past and present, with work by Mingus and Eastman, and poetry by Bird.

There's also a strong thread of Lithuanian music - two Lithuanian composers have made new work for the concerts - Julian Anglinskas and Egidija Medekšaitė and Apartment House, the chamber group performing this year, are led by Anton Lukoszevieze, who also has Lithuanian heritage.

Yes, find great new places to have your work played. And ideally, start by performing it yourself or roping in friends. 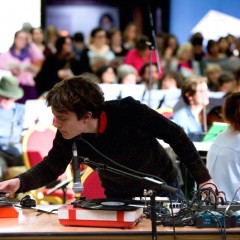 Want my job? with Iain Chambers, composer and sound artist

"The greatest feeling is hearing a piece you've written performed by great musicians for the very first time. It's as though the music suddenly goes into three dimensions, or moves from black and white to technicolour. It sends shivers up my spine."