"Since 2016 there seem to be more audience members sitting on the right as opposed to the left but don’t read too much into that."

Our show is called Suitable and it totally is. It includes 25 sketches and songs in 55 minutes and is a mix of character comedy, observational humour and questionable dance routines.

Our fringe debut was last year and we had a blast. We were delighted by the audience response and seeing as though the rest of the world and their dog (Greyfriars Bobby) will be in Edinburgh during August we thought we’d follow suit (in our suits).

There aren’t many festivals with such a great sense of community and vast diversity of content. In Edinburgh you can see a drag show, an improvised musical, interpretive dance and sketch comedy without even leaving a building - except maybe to top-up on halloumi fries.

We all at some point decided we wanted to work in the creative industry, whether that be in the world of comedy or Shipping Law. Philippa Carson, Georgie Jones and William Sebag-Montefiore had been in the acting industry and making their own work for several years whilst Tom Dickson was at law school learning about the squatting rights of sea cucumbers or whatever Shipping Law entails. In 2017 we joined comedic forces as Just These Please, hoping to follow in the footsteps of John Finnemore, Victoria Wood, French & Saunders and Mitchel & Webb to name but a few.

If we weren’t doing sketch comedy we’d probably be drinking ginger beer and solving mysteries. Failing that, we’d fall back on our various resting jobs: Philippa would be editing corporate videos about the fascinating world of desktop ergonomics, Georgie would be exchanging rhymes for cash (she’s a poet) and Will would be putting the tender in to bartender. Tom would still be a lawyer.

Probably something less stressful than a comedy troupe. Like a Paramedic or an Air Traffic Controller.

This depends on one’s definition of art. Was it the time 4-year-old Will rubbed his hands in sand he found in the playground that turned out to be covering vomit? Was it the time Philippa farted a pitch-perfect C-flat in a crowded exam hall? Was it the time Georgie made and ate her own pasta necklaces (glue and all)? Or when Tom painted the Mona Lisa? You decide.

It’s difficult to make comedy that’s completely detached from the current zeitgeist - almost as difficult as spelling ‘zeitgeist.’ We’re very inspired by the satirical prowess of shows like NewsRevue and whilst we occasionally dip our proverbial toes in the river of social commentary, with our new show ‘Suitable’ we really tried to create an escape from the current political maelstrom. Our general rule throughout the creation of the show was to follow the wise words of 2002 Pop Idol winner Will Young and ‘make it evergreen’ i.e. comedy that is for anyone from anywhere, regardless of political persuasion.

Since 2016 there seem to be more audience members sitting on the right as opposed to the left but don’t read too much into that. There is definitely a tangible thirst for satire but that comes coupled with a desire for escapism, so why not join us and escape into a world full of Morris Dancing, Internal Organs and Alternative Milks?

Probably Emmeline Pankhurst because comedy’s great and everything but the patriarchy won’t smash itself.

Having only ever performed with Gilded Balloon, we can only really comment from that perspective. We had a brilliant time in our first year - we felt so supported by the team and there was a real sense of community and camaraderie amongst performers and audiences alike. So much so, we’re going back to the same place this year. If you have an opportunity to perform with them, jump at it!

What we can say is that we’ve seen incredible shows on both the paid and free fringe and we would always encourage you to take a chance on something you’ve never heard of, in a venue you’ve never been to.

Eat lots of vegetables, drink plenty of water and never leave the house without an umbrella.
It’s a long month - not literally, but emotionally. It can, at times, be difficult, stressful and financially crippling but it can also be jubilant, joyful and rewarding. Be kind to yourself, climb Arthur’s Seat and have at least one deep fried pizza. 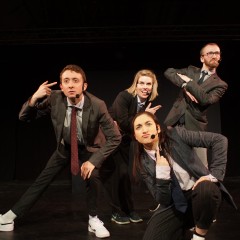 Interview with Just These Please

"Since 2016 there seem to be more audience members sitting on the right as opposed to the left but don’t read too much into that." 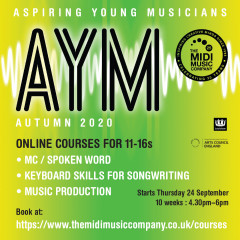