We speak to Jon Gracey about his show Werewolf: Live! which is heading up to EdFringe and previously was nominated for the Voice Best Newcomer to Brighton Fringe Award

Werewolf: Live is an interactive comedy game show, heavily based on the card/party game Werewolf (also known as Mafia). It takes the intimate, creepy vibe of that parlour game, usually played with some mates around a table, and turns it into a riotous, interactive theatrical experience of heroes, villains and watching people make truly terrible decisions. Or coming up on stage and making those terrible decisions yourself!

How did the idea for turning a board game into interactive theatre come about?

It was a very slow process, starting at a conference I was at in Turkey in 2014. It was for freelancers, and there were folks from all over the world who wanted something fun to do in the evening. Someone suggested Werewolf, and I immediately latched onto doing it with a bit of pizzazz and atmosphere (read: I pulled my shirt over my head for a hood, lit some candles and used a projector to put a fireplace on the wall). And everyone loved it!

A year later I was in Sydney and had no friends, so decided to organise some gaming / dinner evenings where folks came over, had dinner, then played Werewolf. Towards the end of that year we tried a more ambitious version in a theatre – 25 odd people, all playing – which was loads of fun, and we were iterating all the time.

Then in 2017 Paul Flannery from Knightmare Live suggested I do it as part of a VAULT festival lineup he was organising of nerdy, game-y comedy, and I said yes, not knowing how the hell we were going to make it work. Those shows were a roaring success, and from there we went to Brighton and met you lovely folks! 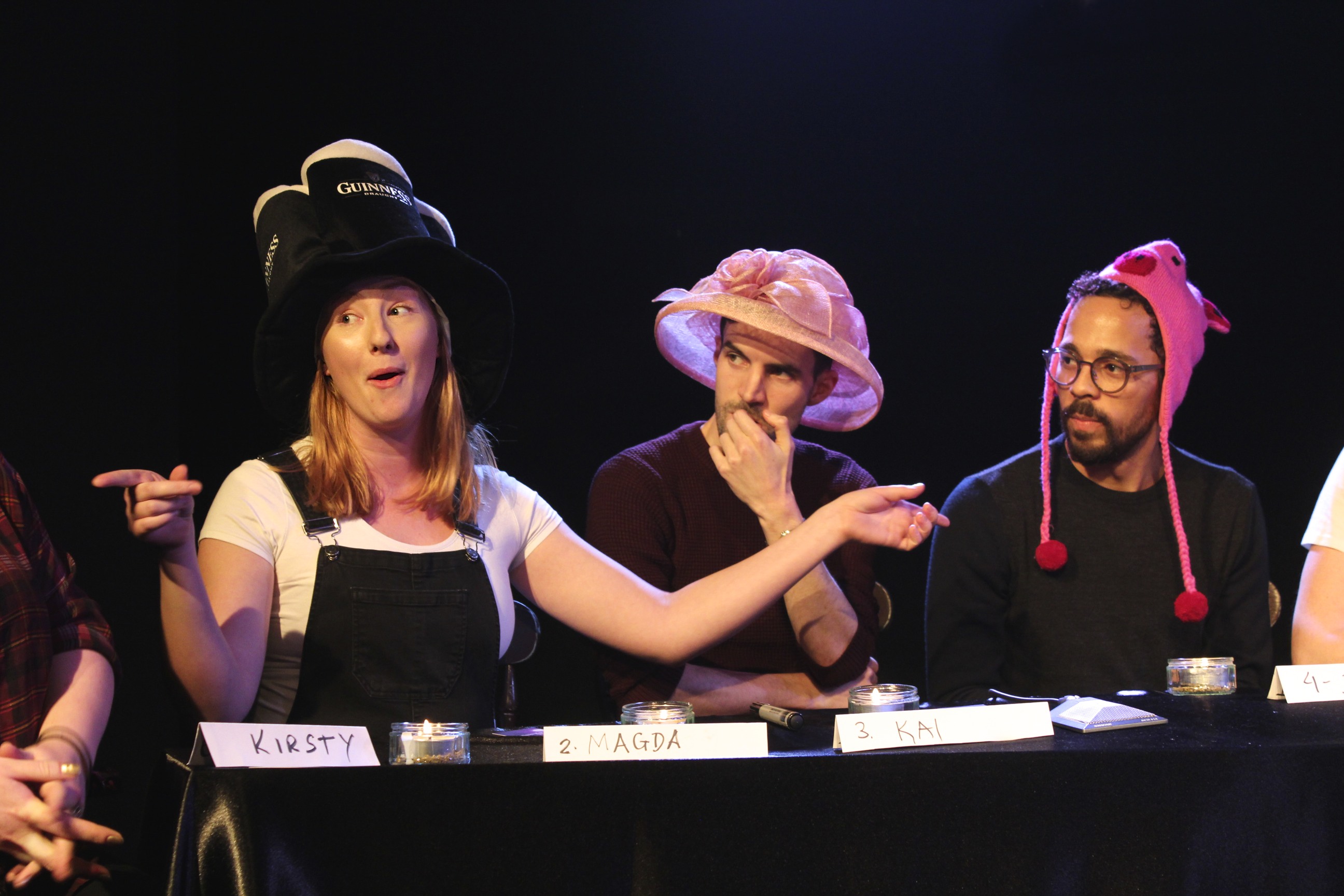 Edinburgh was my first real exposure to the world of comedy. I went straight from my final year of uni to doing an ill-advised sketch show with an early version of The Beta Males, and I only joined that because someone dropped out at the last minute. It was like mainlining the best of the world’s theatre and comedy, and I was completely overwhelmed and hooked.

It’s been a very special place for me ever since, even though it’s changed a huge amount, and I can’t think of anywhere I’d rather take a show I’m proud of and want people to see. The whole city becomes this messy, chaotic playground for all these wild creative people, and I can’t wait to get amongst it.

Last year, Voice nominated Werewolf: Live for the Best Newcomer to Brighton Fringe Award. What has been happening since then?

It was! You guys are the best. We’ve been gigging Werewolf all over the shop, doing it at festivals, stag dos, conferences and for companies, fine tuning it all the while. We took it to Sydney, and to a big event in Barcelona. Seems to work everywhere!

I should also say at this point that we’re doing a giant one-off charity spectacular this Fringe, on Tuesday 21st August, at Udderbelly. Instead of the audience, we’ve got big-name comedians playing who we’re announcing shortly. They are exciting names though. All proceeds go to Kidney Research UK!

When I first tottered into comedy it was the more theatrical, genre-savvy stuff like TheLeague Of Gentlemen and early Simon Pegg work (particularly Big Train and Shaun Of The Dead) that combined genuine laughs with really strong storytelling. I’ve always been interested in the intersection of the two, and when I moved to games it was keeping the comedy and theatricality that I loved so much and adding interactivity and a strong rule set to keep things on track.

Game-wise, it was shows like Knightmare Live and The Dark Room that showed this kind of thing was possible. Shut Up & Sit Down were my modern introduction to board games, and watching their videos taught me a huge amount about rules, game design, and was actually my first introduction to Werewolf the game. Their comments about how important atmosphere was to the feel and vibe of the game really struck a chord with me.

Do you ever feel any pressure to use your show as a platform for social commentary?

I think it’s really important to make your show inclusive and accepting as a base line. The first time we did Werewolf as a theatre show two trans folks played the game, and I learned a valuable lesson about correct pronouns - now that’s something that’s just built into the show.

So while Werewolf: Live doesn’t necessarily have much to say about the world (although the amount I’ve learned over the years about group dynamics and mob mentality is honestly staggering), it’s still of paramount importance that it’s a safe, welcoming space to folks of all backgrounds and genders. Games are such a great space to explore ideas, try being another character, or just express yourself in a different way, and I want to make sure it’s open to everyone.

Does it ever worry you that your show is almost totally reliant on the cooperation of the audience? Has there ever been a time where it’s just not worked?

The quietest show we ever did was literally the day before the show you saw in Brighton. We’d only just arrived in town, had done very little marketing and less press, and of the 13people who booked, only 8 turned up. It could have been hideous, except because of the stage size we could only fit 8 on stage, so I just brought everyone up, and we played 3 rounds of Werewolf with the whole audience playing, and I stood in the audience, performing to them. It ended up being one of the most fun shows we did – it was really intimate and exciting, and reflects the dinner party shows we used to do in Sydney, where everyone would play. We all went for a drink after and had a great time!

The only way it wouldn’t work is if I literally didn’t get enough people to fill one game. Then I’d be very sad. Hasn’t happened yet, but the Fringe can be capricious beast!

Outside of Werewolf you have a number of other projects and creative ventures on the go. Can you tell us about some of them?

Excitingly, last year I built a megagame (read: model UN on steroids) that was very positively reviewed by board game heroes Shut Up & Sit Down, which was a massive personal achievement for me. I’ve been designing lots of new game prototypes with my company Treehouse, I’ve been helping people build bespoke games for special occasions and am currently building an escape room for my friends’ wedding, as well as looking to set a room up in London soon. We’re also taking a play I’ve written to Edinburgh. IT’S A LOT, TOM.

I would strongly consider doing a free show when you start – Edinburgh will always been an expensive endeavour, but if you can save on venue costs you can get a feel for what you might like to do (and where you might like to be) before investing too much. Going as a punter first can really help with this too.

I actually wrote a book on how to take a show to Edinburgh with my partner (who is also the director and producer of Werewolf: Live) which I thought was really good but then Steve Bennett didn’t like it and that made me sad. But there’s some great advice in there! 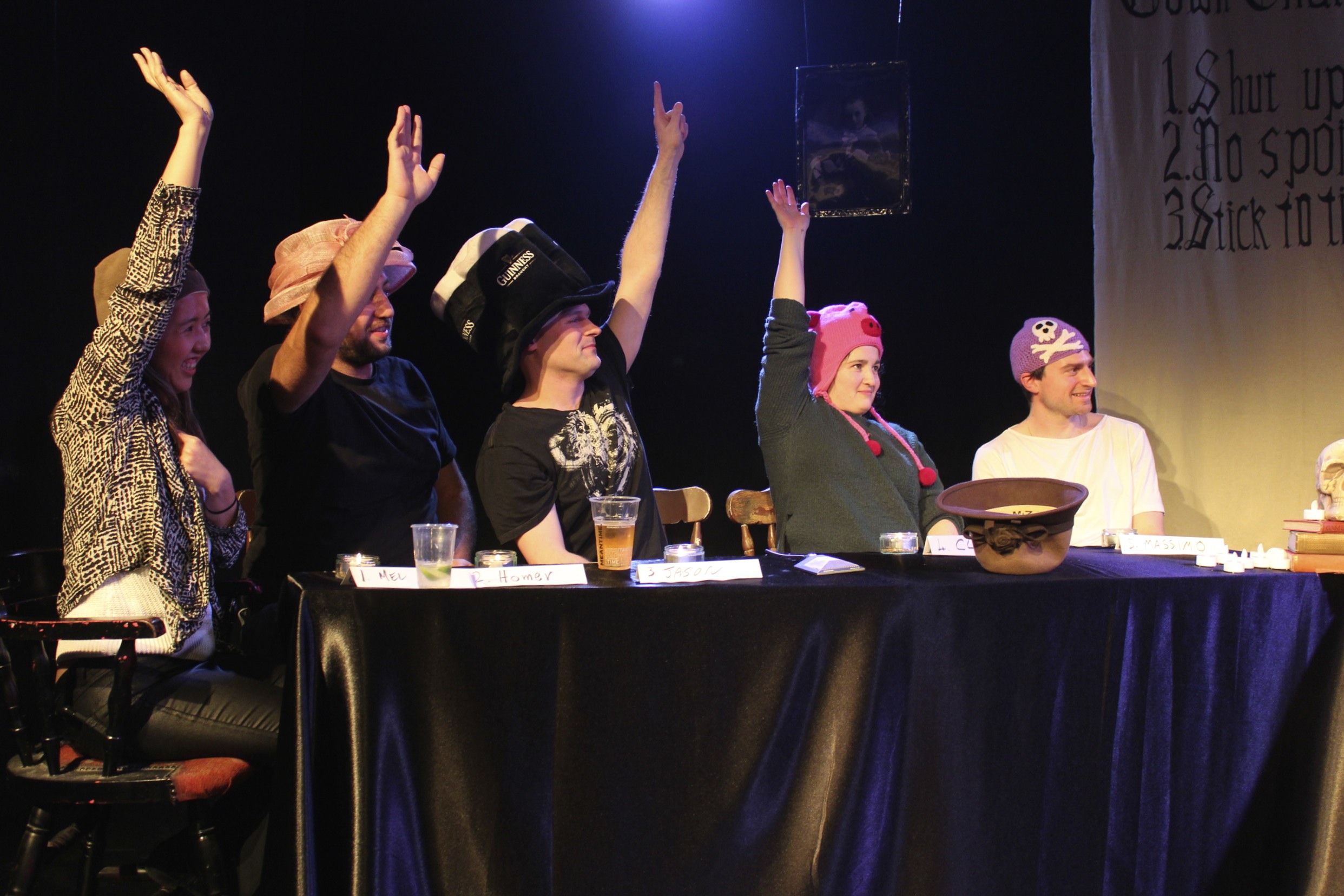 And what advice do you wish you’d been given when entering the creative sector?

Get yourself a steady ‘money’ job that doesn’t take up too much of your mental energy. There are folks who manage to make creative work pay, and that’s amazing, but it’s hard and takes a while. Feeling secure is so important for mental health and creativity, so it’s useful to be able to keep your creative work separate from your “needing to pay for food” work.

The charity spectacular is 21st at 11:30pm at Udderbelly. There are 400 seats. Please book. 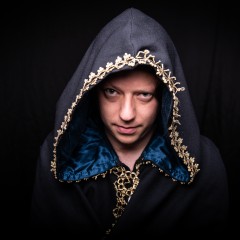 We speak to Jon Gracey about his show Werewolf: Live! which is heading up to EdFringe and previously was nominated for the Voice Best Newcomer to Brighton Fringe Award