We speak to comedian Suzi Ruffell about getting into comedy, using arts as a platform for activism and her work with Alan Carr. Lauded as ‘a real stand up gem’ by The Guardian, this young independent woman celebrates her working-class roots with a sideways look at the world.

Hi Suzi, thanks for talking to Voice. Let's dive right in and start by asking what your career highlights have been to date?

So far, the moment I managed to go full time into comedy was my most exciting day and the day it became real. I was finally able to pay my rent out of making people laugh! That was six and a half years ago.

Other highlights including supporting Alan Carr on tour. I was a real fan of stand up Friday Night Project and loved his DVDs.

Exciting! How did that come about?

Alan Carr saw me at a gig and asked me to do support. It was amazing!

One of my favourite projects so far has been running the podcast, Like Minded Friends, with my friend Tom Alan. It's basically listening in to two best friends having a chat each week where both hosts happen to identify as gay. It's had a huge out-reach and has one million downloads.

We often get emails from young people about how the podcast is a lifeline for them where they feel like there's not much LGBT visibility. We never expected it to be such a big hit. We even have listeners in countries where it's not legal to be gay.

My most recent highlight is shooting a show for the BBC - due to go out later this year. They saw my tour in Edinburgh, which got lots of lovely reviews and they invited me to make a show for them.

Great, so many highlights, it sounds like a really exciting time. What's the best part about being a comedian?

I know I'm lucky to work in the arts. Touring can be amazing. You get to see awesome people and places, I love it.

What has been your biggest career challenge to date? 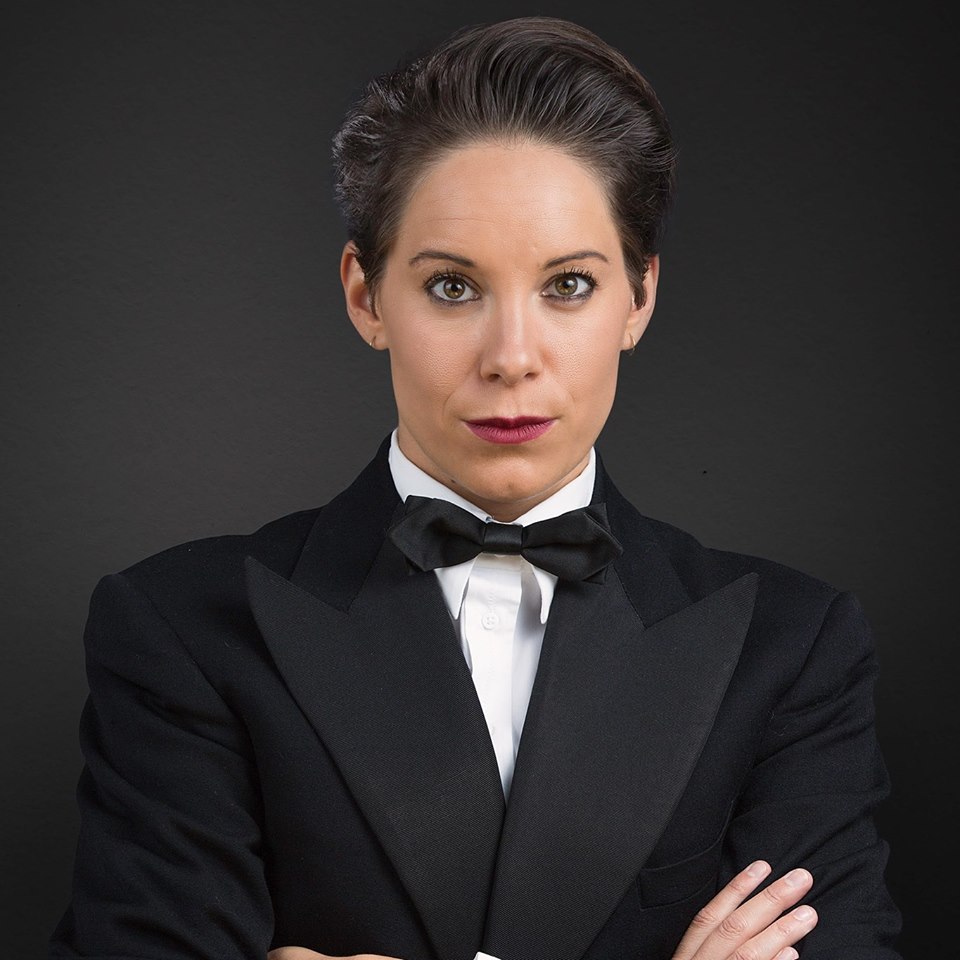 Starting out in comedy is really hard. It's hard to get gigs and it's hard to get good. Being on the road can be hard also, in fact, it's cost me a couple of relationships. The job does take over your life and it can be really knackering. You miss birthdays and big parties. That said, I'm really lucky to have a job that I like so much.

How old were you when you first got into comedy and what led you to it?

Just 24. But I know I was terrible for two years. I was someone who was awkward and didn’t find a group of friends at school. Then I started drama club and made loads of friend, which lead to drama at college then drama school. It was then that I realised I was always going to auditions as the 'funny mate' and a friend said I should have a go at stand-up comedy. I had always wanted someone to suggest it but had never had the guts to do it.

The first fifty gigs were terrifying, the rest is history. My first proper gig was at a work in progress theatre type thing and I told a funny story.

I wasn't hilarious but I was funny enough to think 'I'll keep doing this.' It took me about two years of being inconsistently funny on stage and not understanding what I was doing wrong to start to perfect my skill.

Everyone has horror stories about their bad day at work. But I eventually got to the stage where I had more good gigs than awful gigs, then gradually my awful gigs became just bad. 95% of the time I would be great and sometimes I would have a dodgy gig.

Can you tell us a bit about your writing process?

I tend to find I write one show whilst touring another. I come up with a broad idea for a show first, for example exploring nighttime anxiety, then more things will come to me, different comments, observations and jokey stories. I think of a gag or story that will be fun to tell on stage. I make notes and write down bullet points and then just go on stage and improvise. Sara Pascoe runs a fantastic new materials night where I can test out content on a live audience. From this, I slowly build up new materials, and once I have enough material for a show I run a preview night where the audience doesn't pay very much. When I'm planning content I love working with a massive A2 piece of paper stuck to the wall and using lots of colourful sharpies - it helps it stick in my brain. Lots of other comedians type up their work, but I only do that right at the end. I like to keep it as loose as possible because that's how I get funnier. Sometimes I record myself in a show then I go home and listen to it to see where I can improve.

Who are your biggest influences?

I love Alan Carr, I'm a huge fan. It's been such a treat to become mates and he's just as lovely as you imagine. I love French and Saunders, Catherine Tate, Victoria Wood, Sara Pascoe, Tom Alan and Catherine Ryan. I'm inspired by anyone who does a job slightly out of the ordinary. I find Ellen a great inspiration being one of the biggest talk show hosts and openly gay - in America as well where some parts are still homophobic. People who change the world for gay people and paved the way for someone like me to do stand-up on stages, such as the Drag Queens from the Stone Wall riots and Harvey Milk.

Considering your show touches on class and politics as a secondary theme, what are your thoughts on using arts for activism?

I come from a working-class background and I'm now in a middle-class world, as comedy is very middle class. There are, of course, working class around, but there is far more middle and sometimes upper class acts. Class does still exist and I find I straddle two different worlds in comedy.

I'm finding that people are more and more into politics and I think politics is important for everyone. Jeremy Corbyn got people into politics and made us feel like it's vital for everyone, for services like the NHS which we all need. It's great to see that working class people now having interest in that sort of thing.

That said, I think that whatever a comedian or artist wants to talk about that’s what they should talk about. Some people choose to do silly and trivia shows, and that’s okay too. It distracts from the horrors of the world and that's just as important.

For me, it just so happens this year for my show Keeping it Classy I got a little bit more politic, I had more to say and had opinions I felt were not being covered and at this time it was important for me to dissect those issues. It felt important to me and the time and it still does. But that's not to say that everyone should explore 'issues' in their art.

Do you have any advice for young people looking to get into a career in comedy?

There are loads of jobs in comedy! You can do stand-up if you're funny, there's plenty of open mic nights where you can try your hand at it, full of wonderful people 98% of the time. You can also be an agent, manager, work in production, tour manager, work in venues, comedy festivals, box offices, designer, technicians, director, camera crew, there's lots of roles needed to make TV shows happen. If you're looking for a career in comedy, it's work exploring all the different jobs you can do, because there are LOADS connected with comedy.

Want more tips on working in the arts? Head on over to Creative Choices, a website filled to the brim with advice on how to get into the arts. 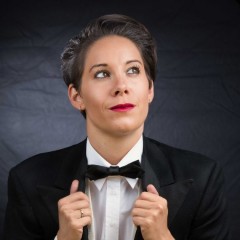 We speak to comedian Suzi Ruffell about getting into comedy, using arts as a platform for activism and her work with Alan Carr. Lauded as ‘a real stand up gem’ by The Guardian, this young independent woman celebrates her working-class roots with a sideways look at the world.