“Many young people, myself included, feel let down by the failure to include the phasing out of fossil fuels”

I’m Anna, and I co-chaired the UK Youth observer delegation with the Future Leaders Network, leading a team of eleven young people from across the UK aged between 18 and 30.

Tell us more about what got you involved with COP27. What is your background?

I first became interested in climate during my undergraduate degree in Geography, and I am now doing a Master’s degree researching women’s empowerment and smallholder agriculture. In my spare time, I write for ClimaTalk: an organisation aiming to demystify climate policy and showcase young people's work.

What made you want to attend the conference?

While volunteering at ClimaTalk, I became increasingly interested in how we can engage young people more directly with climate policymaking. COP27 seemed like the perfect opportunity to contribute to that!

Could you tell us more about the Youth Leaders Network that you represented?

I represented Future Leaders Network: a UK-based not-for-profit organisation aimed at discovering and developing the next generation of social, political and economic leaders. FLN seeks to equip young people with the necessary leadership experience, skills, and networks to deliver positive change.

FLN facilitate the UK delegation at the youth sections of the G7 and G20 (the Y7 and Y20). They sent their first delegation to COP26 last year in Glasgow. 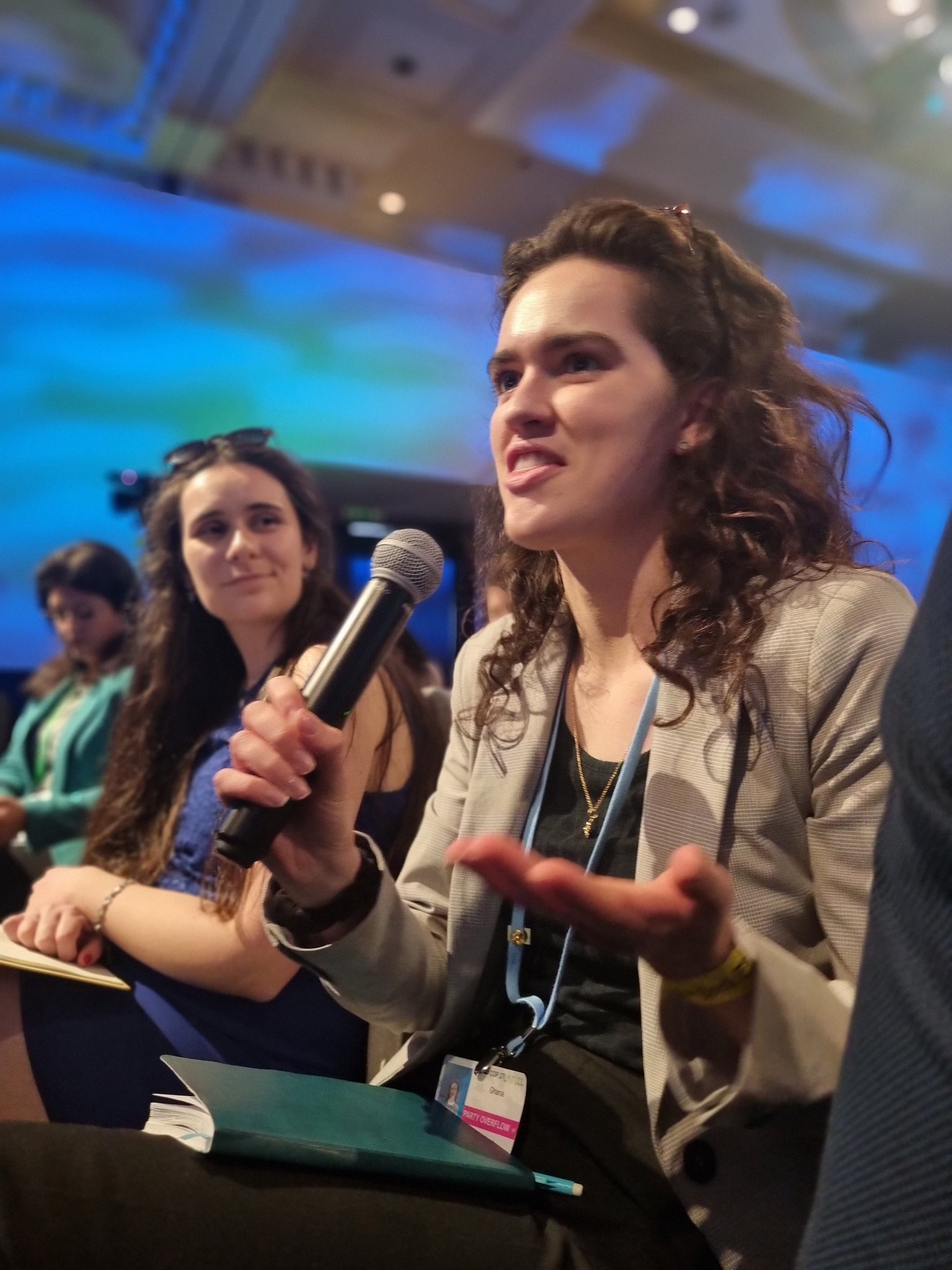 One of the most impressive speakers I had the privilege of listening to was Mary Robinson. She spoke to us at the Children and Youth Pavilion with the most incredible energy and passion.

COP27 resulted in some positive outcomes for young people, including the first ever Children and Youth Pavillion; and young people becoming official stakeholders in climate policy under the ACE action plan.

What do you think didn’t go well? How could world leaders, countries and states do better?

Many young people, myself included, feel let down by the failure to include the phasing out of fossil fuels in the final agreement. If we are serious about keeping 1.5 degrees alive, much more needs to be done.

As a team, we hope to establish and build closer relationships between the UK youth delegation and the UK’s negotiators, decision-makers and representatives!

As an individual, I hope we see a greater commitment to the loss and damage funding agreed upon at COP27.

“Many young people, myself included, feel let down by the failure to include the phasing out of fossil fuels”