"It made me focus on the gigs I was doing. It became more out the quality rather than the quantity and how every set or show was building towards creating something, in this case my show Soft Lad"

It’s a storytelling show about a lad running away from home, trying to find out what he’s supposed to be and what happens when you spend over a decade looking for the answers.

It is the biggest arts festival in the world! This will be my 5th Edinburgh but 1st time debuting or in other words performing a solo hour of stand up. It is full of life and vibrancy, people from all over the world gathering for a love of comedy, theatre, dance and general merriment – I’ve missed it!

The scale and the history behind it. I don’t know of any other festivals that cater for so many people and have such a wide variety on show. It’s one of a kind and always on my calendar.

At first, impulse, coupled with always being a bit of a show off and wanting my voice to be heard. Stand up and comedy in general is one of the only things that has been a constant love in my life. My first inspirations were your pretty standard ones: Peter Kay, Victoria Wood and Billy Connolly.

I’m not from money. I’m from a council estate in one of the roughest parts of Manchester. In comedy, working class voices are becoming few and far between. As a result, I’d say my comedy is ‘rooted in real’ so to speak. I like the things that I talk about from my own life selling meat from a van, my Mum using M&S shopping bags but shopping at Lidl – real things that people do interest me.

My brother and I got a cat and we took it out for walks, I was only a toddler, the cat overpowered me and ran off – we thought we’d lost her forever and I was hysterical. She came back 20 minutes later looking for food.

I really don’t know. Maybe pulling cable on a ship somewhere or working behind a bar. I was supposed to be a lawyer but that didn’t quite work out.

Yes, absolutely. It made me focus on the gigs I was doing. It became more out the quality rather than the quantity and how every set or show was building towards creating something, in this case my show Soft Lad. Using time more wisely I think is my biggest mentality shift.

Graft, patience, too many outgoings, anticipation and joy.

No. People should be accountable for their actions and the things they say and do.

I’m a huge fan of travel shows, I’d have absolutely loved to ride shotgun on the back Billy Connolly’s motorbike just tearing it through Australia or down Route 66.

Don’t do a full hour first, I’d suggest splitting an hour with other people first and build up to it. Get an understanding of how the festival works, the costs involved and have a show that you’re 100% confident in and proud of. 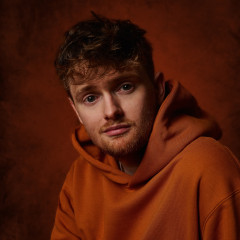 "It made me focus on the gigs I was doing. It became more out the quality rather than the quantity and how every set or show was building towards creating something, in this case my show Soft Lad"