"Do it but only do it when you think you really have a good show. It’s too stressful and expensive to do it if you’re not really bringing something worthwhile."

I’ve had two major life events happen to me recently and the show is about those two things. I won’t tell you what they are because I want to keep some mystery and make you buy a ticket.

The money. I’m motivated purely by cash. And because Edinburgh is like the Olympics for comedians. It’s hugely stressful and hugely rewarding.

I think the size of it. There’s so many shows and, I know this is a rather old fashioned approach, but it does still feel like if you have an amazing show it will change your life.

I have always wanted to be a comedian, from as far back as I can remember. Then I started doing it when I was 16, at school, and never really looked back. I loved people like Lee Evans, Billy Connolly and then later on Michael McIntyre and Jack Whitehall. I also can remember being very young, 10 or 11, and watching a lot of Woody Allen films and being obsessed with those. Maybe that’s something you can’t admit anymore, but I did love them.

How has your background, upbringing and education had an impact on your artistic  career?

My upbringing was one so far removed from comedy or show-business. My dad was in the  army and my mum had various jobs but none of them anything like what I’m doing. So I think  when I went in to this industry my family were very confused. They’ve always been  supportive but they just have no idea how any of it works. But I was lucky that I had parents  that made me feel like I could go for it and not be scared of failing.

I loved art at school. I made a ceramic jug when I was about 7 and took it back home to my parents and tripped on the way in to the house and it smashed.

Maybe teaching. I don’t know. I can’t imagine doing anything else. I’ve always liked the idea of moving somewhere really remote and running a coffee shop. Somewhere hot. I’d be selling coffee in Buenos Aires, something like that.

I just think I’ve changed quite a bit as a person over the last couple of years and that has been reflected in my stand up. I think my stand up is a lot more honest now. It’s much more who I really am off stage.

I think it’s important to be open. I try to write from a place of being open to all ideas. Then I work out later on which ones resonate best with audiences. But maybe you’re asking the wrong person, I’m certainly not a controversial comedian.

So many people. At the moment I’m obsessed with old videos of David Bowie so maybe him. I don’t know what we’d do together. Maybe a sketch group.

Do it but only do it when you think you really have a good show. It’s too stressful andexpensive to do it if you’re not really bringing something worthwhile.

9.45pm at the Pleasance Courtyard, every night.

I’m on everything. Just search my name. 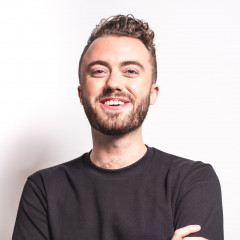 "Do it but only do it when you think you really have a good show. It’s too stressful and expensive to do it if you’re not really bringing something worthwhile."