"Well since this show has been cancelled eight times, yes, I approach all shows now with a large dose of scepticism. Every time I get on stage, I’m relieved rather than stressed."

Hi reader, I’m Grant Busé. I’m a comic, musician and a filmmaker. You may remember me from those 4 episodes I did on Neighbours a decade ago. Just like The Simpsons my career peaked early and I should have been cancelled a long time ago. I like long walks on nudist beaches and world peace.

A hilarious and nostalgic musical extravaganza. It’s an in-depth deconstruction of the good old days and our selective memories.

This show was meant to be performed at Edinburgh 2020. COVID had other plans. Like a ghost, I’ve got unfinished business.

As far as I’m concerned, every other festival is training for Edinburgh. It’s the big one. Literally and metaphorically.

Before comedy I was doing musical theatre. I ended up getting into a production of Mikado with Colin Lane (Lano & Woodley) and David Collins (Umbilical Brothers), two comics I always had admired. I started creating a 5-minute set and performed it to the cast at intermission and got some supportive feedback from Colin and David. Fourteen years later (with a few breaks) I'm still doing it.

I went to an all-boys catholic school. Trauma and bullying are the building blocks of comedians.

For the last few years, I’ve been working as a carer and disability support worker on the side. I think I’d head into music therapy of some kind. That or join the competitive eating circuit. I’d definitely win the Play-doh category.

Well since this show has been cancelled eight times, yes, I approach all shows now with a large dose of scepticism. Every time I get on stage, I’m relieved rather than stressed.

Artists need space to be bold, edgy and push the boundaries. That doesn’t give us free reign to be needlessly cruel. I don’t think comedy needs cancel culture though. If it’s not funny - people just won’t come back. By that measure, every comedian eventually gets cancelled. Usually, a comedian leaves the spotlight and returns to the shadows after they start making jokes about their spouse. It’s the circle of wife jokes.

I’d like to produce rap tracks for Shakespeare. I reckon that guy would have bars and spit fire.

Be precise in your goals. Don’t be afraid to ask dumb questions. Make a killer show. Sleep in and eat well.  Enjoy the experience and the friends you make but don’t forget to network between drinks.

You can like me, follow me and poke me. I’m also available on social media at @grant_buse (TT, IG, TW, YT, FB) 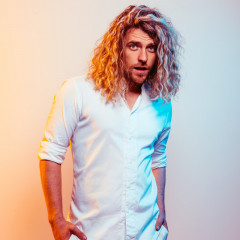 "Well since this show has been cancelled eight times, yes, I approach all shows now with a large dose of scepticism. Every time I get on stage, I’m relieved rather than stressed."