After their gig at The Shed, I interviewed Sherilyn Wileman (vocals), Oisin George (Lead guitar), Michaela Wade (Bass) and Liam George (Drums) about their experience in the band.

How long have you guys been playing together?

Michaela Wade: We started the band around 3 years ago, there have been a few line up changes along the way but now we're back to the original.

Liam George: I always feel like we've been at it for nowhere near as long as we have.

So whats the meaning behind the name?

M.W: In all honesty I no longer remember, I remember for our first gig we were called Black Blood Cell but it was just not right for us.

Sherilyn Wileman: Our old guitarist actually thought of it, I remember it was going to be After The Crash because of the assonance, but for some reason it changed. I guess to me it genuinely symbolises the ambition and recklessless in our music and concepts, perhaps we are too young or naive to the reality of the music industry/society, and so before that realisation ("crash") we still make pretty much whatever music we want unapologetically and have fun doing it.

Which musicians have inspired you the most? Why?

Oisin George: I think Kanye West is a big influence on me. Whenever I'm playing I think of him and think "this guy is the embodiment of who I don't want to be." People I want to be like would be David Gilmore, Jimmy Page, Dave Grohl, Jonesy and Beethoven (though not the dead bit).

M.W: I'd say in the music we play, My Chemical Romance and Muse have inspired us quite a bit, particularly in the early days. Now I'd say there's inspiration plucked from all kinds of bands from all kinds of genres which is pretty neat

S.W: Personally my biggest influence for musicianship is Matt Bellamy of Muse. He's my hero and my one wish in life would be able to write music as good as he can (minus the magic mushrooms of course!).

L.G: I wouldn't question that the band's biggest influence was and is My Chemical Romance. Leaders of the overarching genre as they were, they were the first dip into music for me, and were a similar idol for Shezza too if memory serves. Personally I take inspiration from various famous bands when stylising my parts but in the past year I'd dare to say that we as a band are my largest creative inspiration.

What has been the best gig so far? Why?

S.W: The room was rammo, we were swinging from the ceiling and of course supporting musicians we greatly admire was wonderful. We were so young and overwhelmed, when we walked in everyone mistook us for fans that had got in early!

O.G: I think the best gig I've played was when we played with Ashes to Angels. It was good to play with bigger bands, and though we've played more accurately since then, I think it was one of the most rewarding gigs.

M.W: I'd say for me, the best gig was playing with Ashestoangels and Farewell My Love as it'd been something we'd been planning with the lads in Ashes for a while so to be able to play with them was great, plus more of the crowd knew our stuff than I realised! It was nice having a lot of them sing Braindead with us.

L.G: Playing with my brother on stage with me and my best friends around me is the goal, and as much as we all strive to always give an amazing show, I'm just glad to be with them and live that dream, so my last gig is always my favourite, because I remember that experience the best. 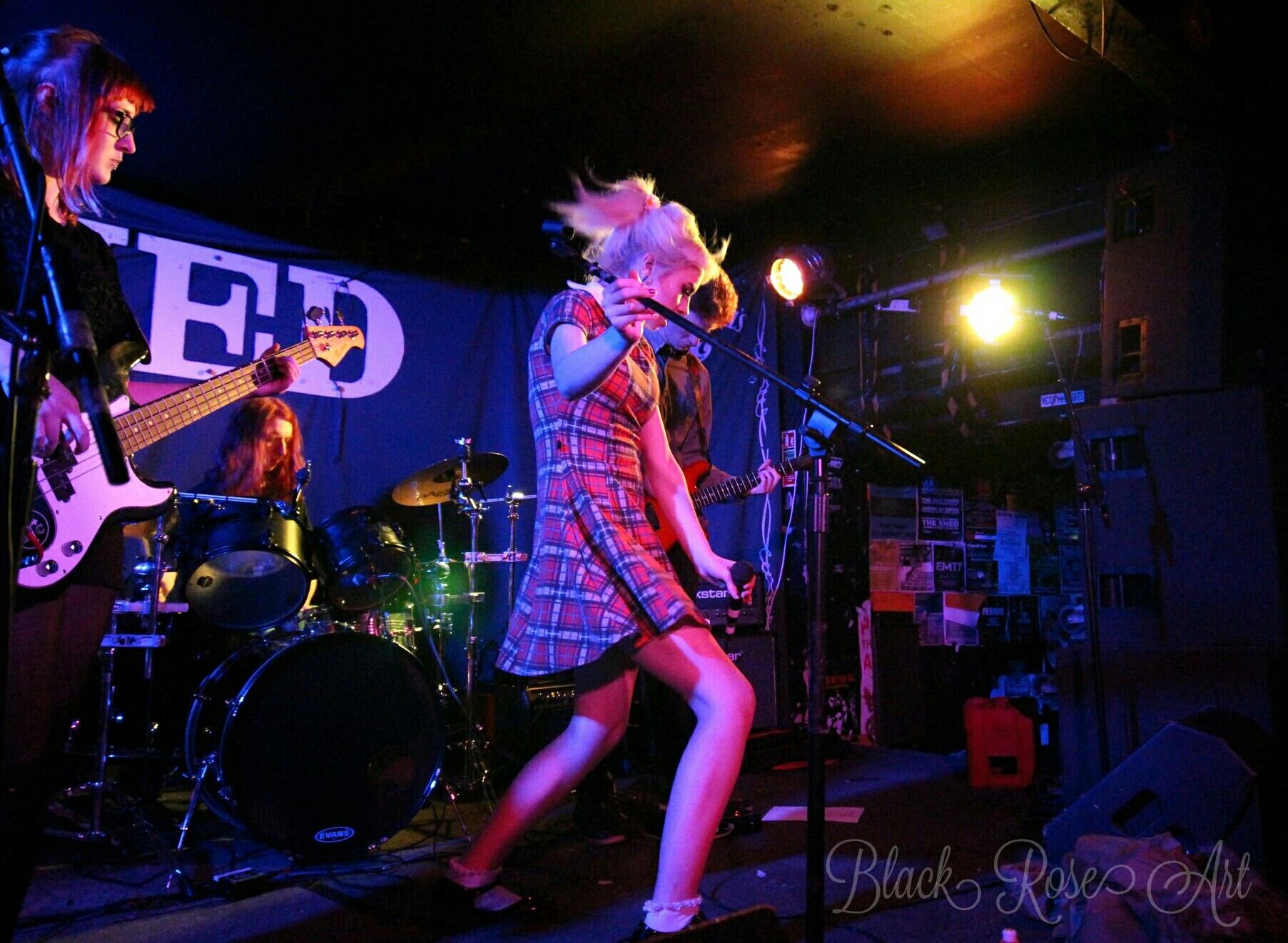 If you could perform with any musician who would it be?

S.W: I'd love for us to support bands such as FVK, Dead!, New Year's Day, Marmozets, Rolo Tomassi and Zoax.

M.W: I find this quite difficult as there are so many incredible musicians I'd love to play with! I guess going big it'd be great to play alongside some of the bands we grew up with such as Muse but I'd be pretty happy supporting my lil bands like Modern Baseball.

O.G: Narrowing it down is difficult, but out of any musician ever I'd probably choose Gilmore since he is my biggest inspiration as a guitarist, and Pink Floyd are one of my greatest influences of composing as well.

Do you write all your own songs?

M.W: I contribute to the overall writing of songs however I can't take credit for the lyrics or pretty guitar sounds, that's down to the others.

S.W: We still play a big variety of covers by interpreting them in our own style. We do play majority originals now though, and write them ourselves. Osh is insane with riffs and melodies so he composes the main body of most of our songs. In terms of lyrics we all write well and so we just kinda submit any sets of words we've written and see which we get most excited by!

How has your music evolved since you first started playing together?

O.G: Ultimately, we've started composing songs I enjoy playing, so the two biggest changes are the composition is better, and also that I am far more passionate in my playing.

S.W: It's definitely matured and become much more technically complicated. In terms of covers we've dropped a lot of the emo and opened our minds to fusions (namely jazz) and more highbrow tracks. Our originals, thanks to Osh, have become much slicker too, much more professionally composed and less shambolic.

M.W: I think we've got a lot more variety in our songs now, when we first started out our stuff was pretty simple but now it's full of variety and cool sounding stuff - if I do say so myself.

Any advice to beginners/smaller bands that haven't been playing too long?

M.W: When you're ready for it, take any gig opportunity and don't worry about not being paid, just get your name out in the local scene. Also don't let anyone change your sound to fit everyone else, play what the crowd want to hear but don't play something that doesn't fit with what you want.

O.G: Find a purpose to play, and enjoy playing. Whatever life throws at you, just throw a rock back at it. If you're feeling the blues, or even just a little funky, play something to cheer you up. Also, don't let anyone push you into playing with something you don't enjoy. If they do, then tell them you simply don't swing that way.

S.W: Never ever cater for those more ignorant or small minded than you are.

L.G: Learn as much as you can about playing every genre of music you can and make sure you play to yourself a lot, on your own. Pay very close attention to your friends in the band. If you've got the right band mates then they're the best friends you could ask for. 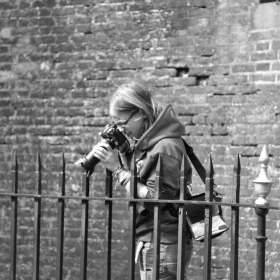 I am a full time media student and spend my free time writing, making films and roller derby. I completed my Gold Arts Award in 2014 and absolutely loved it and everyone I met along the way. 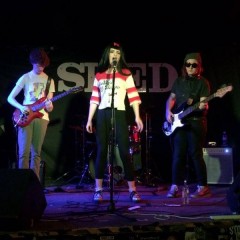 After their gig at The Shed, I interviewed Sherilyn Wileman (vocals), Oisin George (Lead guitar), Michaela Wade (Bass) and Liam George (Drums) about their experience in the band.