"I find writing torturous, lonely, and incredibly difficult. At the same time, it also affords you the most freedom, a comparative degree of control over your career, and can be incredibly satisfying."

You’re a playwright, director, and performer. Which came first, and which do you enjoy most?

I find writing torturous, lonely, and incredibly difficult. At the same time, it also affords you the most freedom, a comparative degree of control over your career, and can be incredibly satisfying. That’s why I’d describe myself as a playwright first and foremost. I mostly direct my own plays, but I love directing other pieces as well. I think it’s important for a playwright to understand multiple facets of theatre-making. I started off as an actor and because of that experience, I try to make sure that each character I write is enjoyable for the actor that will have to play it. I’ve also done some time backstage and, having been on the receiving end of impossible scene and costume changes, I also keep the stress levels of the backstage crew in mind as much as possible.

You’re based in Malta. What attracted you to Brighton Fringe and the UK creative scene?

Many Maltese artists gravitate towards the UK at some point. English is a joint first language in Malta and taking a project to a UK audience is a good trial by fire of sorts. I had gone to a talk about the Brighton Fringe while I was at Edinburgh with another project in the past and I was fascinated by it. I met some wonderful people during my Brighton experience and am looking forward to returning.

Your latest show, 0.0031%, had its UK debut at Brighton Fringe. How would you describe it to someone who’s never seen it?

This publication described it as Brave New World meets Black Mirror and I’d say that’s pretty much on point. A time-traveller from the future ends up in the present owing to a 0.0031% margin of error and talks to the audience while waiting for the mistake to be rectified and trying to piece together what might have caused it. That’s the story in a nutshell, but the real narrative of the piece is the future history of humanity and how plausible and perhaps inevitable it seems when considering our current trajectory.

What was the creative process like for the show?

The play was originally pitched for Science in the City – an annual science and arts festival in Valletta. Apart from some funding, the festival gave me access to experts in history, anthropology, philosophy, climate change and artificial intelligence. Once I created the story’s world, I built the narrative based within it and got one of my favourite directors to help visualise it. The play was first staged in a small venue in Valletta in 2020 to a mostly online audience and the script was touched up and previewed in the same venue ahead of its Brighton run in May 2022.

We loved the show, awarding it the Brighton Fringe Best Newcomer Award. What does it mean to you to receive that prize?

I’m still processing it to be honest. Essentially the award has ensured a return run in the UK. I feel it’s an important piece that needs to be seen and discussed, and it’s great that more people will now get a chance to do that.

How was the reception to the show more generally? It has some quite cutting commentary on society. Was there a particular objective you were aiming for?

The audience reaction has been pretty much what was intended. At first it starts as a casual chat with a confused and disoriented individual which ultimately becomes a frightening look at the future of our species. In the future depicted by the story, humans are ruled over by a benevolent AI that essentially ensures there’s no potential for any sort of dissatisfaction or dissent. One of my main objectives was to have audiences be just as likely to root for the AI overlord – especially if it’s one of the few future scenarios in which humankind can be saved from itself.

What do you really love about your job?

The lack of routine. I don’t like the idea of repetition and then suddenly a decade flies by and you can’t remember which year was which. In this line of work, each year comes with a unique set of challenges, experiences, and documentation. I know precisely which year was which and I’m glad it’s out the way. 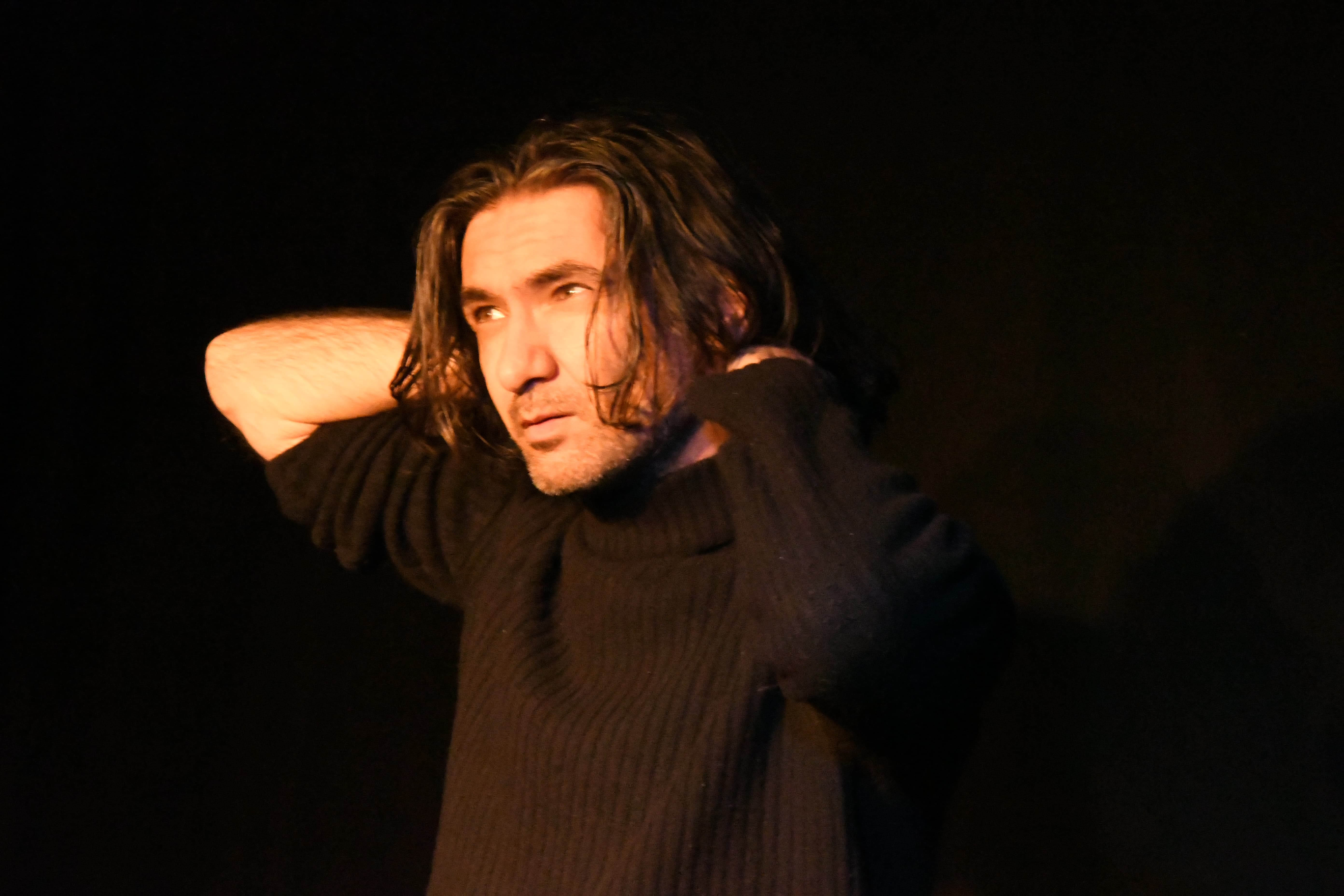 And conversely, what are some of the challenges?

Every project needs to be individually conceived, created, pitched, financed, and executed – usually while you’re in various stages of other projects at the same time. Working from Malta also comes with a particular set of challenges, but I love being able to make a contribution of sorts to the development of our theatre culture.

How do you feel the performance landscape has changed over the years you’ve been in it?

I’ve seen more focus being placed on lower budget shows with big ideas. Also, with the rise of the smartphone generation, people have become accustomed to receiving free entertainment at any time of day. If they’re going to spend their money and time seeing your show, you have to make sure that it’s worth their while and they’re going to take something from it. It’s an exciting time.

Has Covid-19 impacted your practice at all? Do you now approach creation differently?

The pandemic played a strong part in the creation of 0.0031%. Since comedy and family shows are more commercially viable, locally I am mostly associated with those kinds of works. With the pandemic, a lot of my usual commissions dried up and I suddenly found myself with time on my hands. I used that time to create something that I felt was important and urgent.

Coming from a small theatre community, we’re always looking out for ways to maximise our available resources. I found Zoom to be a lot of fun. In the heights of lockdown I performed a solo show from my kitchen, and we also used Zoom to create an online Christmas show where the audience could vote on what happens next.

I was hoping to sneak in the Brighton Fringe before the post-pandemic floodgates opened up with my other theatre work, so this kind of took me by surprise. However, I shall definitely be returning to Brighton Fringe with it next year, and we’re also looking into other options for 2023.

My ideal scenario would be to have other actors and directors interpret the show in other countries and languages. The solo role can be played by any human regardless of age, gender, race or appearance.

If you could send a message back to 16-year-old Malcolm, what would you say?

It’s not going to be anywhere near as easy as you’re expecting it to be – but probably even more fun than you dare hope.

Where can people find more information about your work?

Is there anything else you’d like to tell us?

If any of your readers would like to collaborate on this or other projects, I always enjoy meeting new people.

"I find writing torturous, lonely, and incredibly difficult. At the same time, it also affords you the most freedom, a comparative degree of control over your career, and can be incredibly satisfying."