Brighton Fringe kicks off on 6th May, and offers over 900 events, from cabaret, to theatre, comedy and dance. We'll be heading to Brighton ourselves to bring you the very best from the Fringe, in the meantime, we chatted to Julian Caddy, Managing Director for the festival.

What happens at Brighton Fringe?

Crikey. What doesn't happen at Brighton Fringe! There are over 900 events in 165 venues all across the city, in outdoor pop-up venues as well as conventional theatres, pubs, churches, halls, hotels, schools, parks, the seaside -- even in people's homes. All artistic genres are included and there is a great deal of new or up-and-coming work. It also offers the chance to experience shows from well-known international performers who are putting on shows in much more intimate venues than they would normally be seen in.

Brighton Fringe is also a chance to see all this for a fraction of the price that you might usually expect to pay to see live performance. There are over 200 events that are completely free, some 500 or more that cost £5 or under.

When did you get involved, and what is your exact role?

My first Fringe festival was twenty years ago, in 1996 at Edinburgh Fringe when I starred in and co-produced a play called Pvt. Wars by James McLure. I was subsequently involved -- whether as a performer, producer, director, venue producer or artistic director -- ever since. I first put on a show at Brighton Fringe in 2010 but as early as 2005 I was fishing around there, considering bringing the Edinburgh venue I was running at the time to Brighton.

I began as MD of Brighton Fringe in late October 2011. My role is to provide the strategic vision for the organisation that runs the central administration of Brighton Fringe. I focus very strongly on the participant and venue experience and making sure that we maximise the benefits for them to take part in the festival. So I advise and manage a team that supports them throughout the process. We also offer 36 free professional development workshops, regular venue management meetings, building touring opportunities, over £8,500 in bursary support to take part, the new Brighton Fringe Awards (which started last year). I visit international fringe festivals each year to increase the opportunities for Brighton Fringe artists, but also to encourage more international participants to come to Brighton.

I believe that if you get the formula right with the participants and the venues, better work will come of it and more audiences will come. It seems to be working as we've seen a 100% growth in only 4 years. 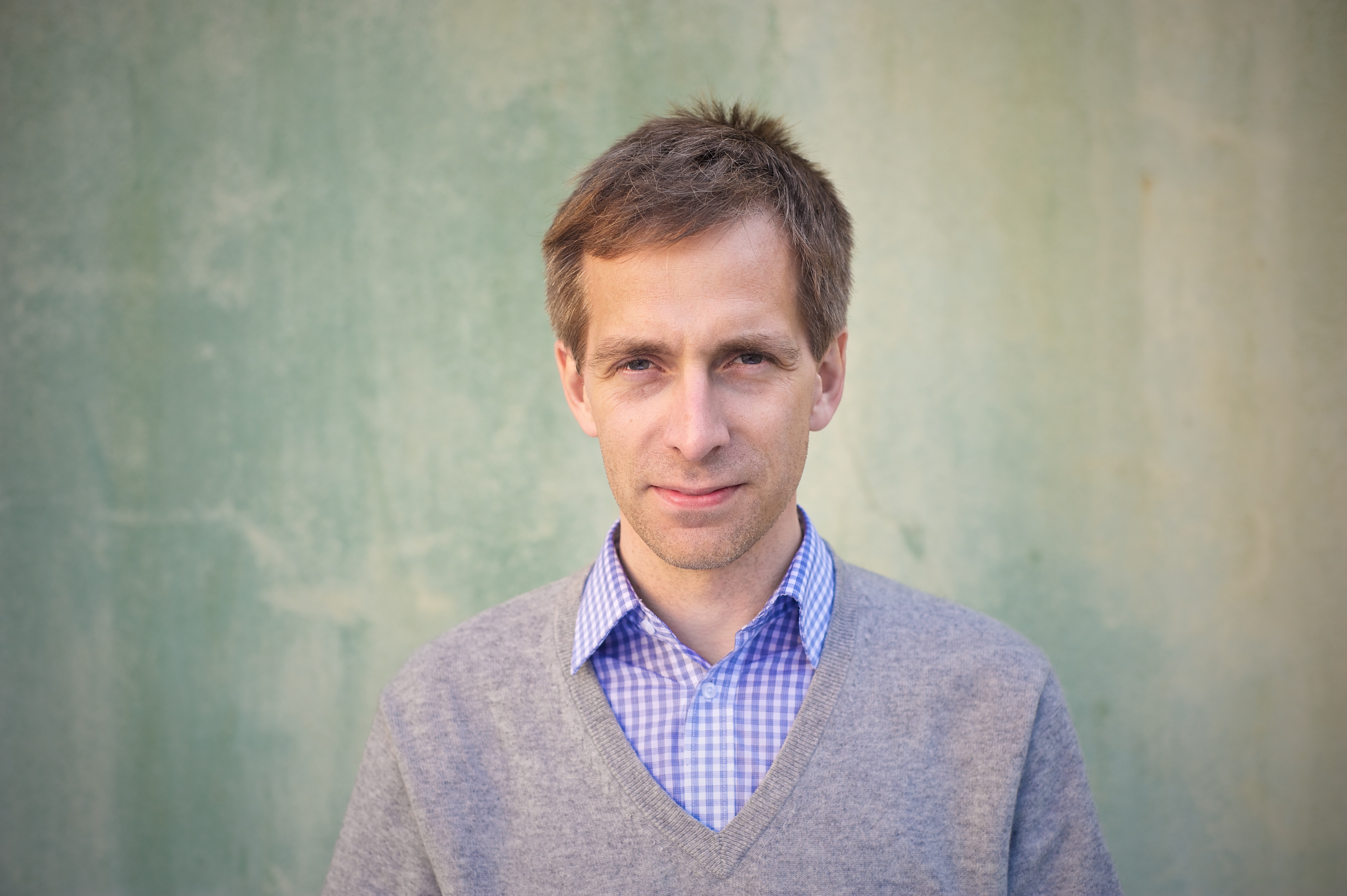 What's the process each year for getting the Fringe going? Do you have a team that works year-round?

We have a team of 8 year-round staff, only 4 of whom are full time. This is hard work and something that we are developing as the festival grows. There is never a dull moment in the Brighton Fringe office as it is a constantly developing process. Registration opens in October, although we will have been working for several months to get that ready, and closes at the end of January. Over that time we are also searching for sponsors constantly as we get less than 3% of our income from public sources.

February is brochure proofing time, so we lock the doors and don't answer phones. End of February/beginning of March we launch the programme and we then build up to the festival proper in May/June.

Do you have a favourite part of the process?

There are many. My best moments are finishing proofing, seeing the first copy of the printed brochure and then watching all the infrastructure coming in and the sites being built. It is a truly massive undertaking.

What is the biggest challenge that Fringe theatre faces? Has it been hugely affected by overall arts cuts in recent years?

The biggest challenge is of course financial. And this is my constant bugbear. The Fringe is the definitive platform for new work and yet it is often sidelined for funding in favour of the bigger, more established cultural institutions. This is frustrating but it also makes the Fringe extremely resilient. Even when the cuts happen, the Fringe will keep growing because it isn't really funded anyway. I believe that the future of the arts will be dominated more and more by the Fringe as more and more cuts come in. It's not a matter of if, but when.

What can a company or performer get from taking a show to Fringe that they might not otherwise experience?

They are putting on a show in an extremely intense, crowded environment. You are pushing to get audiences in, you are also able to get many independent reviews and audience views too. That is an incredibly important part of the development of work. You can also use it as a platform to have your work seen by arts industry professionals to help take it on tour. There are dozens of Fringe awards on offer too. Don't go into it to make money though. You may make a bit but it won't make you rich.

What advice would you give to any young creatives who were looking to get involved with the Fringe?

You may be a small-scale production but you are part of a massive, extremely strong community, so use that to your advantage. Use us -- that is what we are there for. Start by asking as many questions as you can, come to the free workshops, take advantage of whatever funding opportunities are available. Try to avoid getting into debt over it; there is nothing worse for the creative process than that as an additional stress. 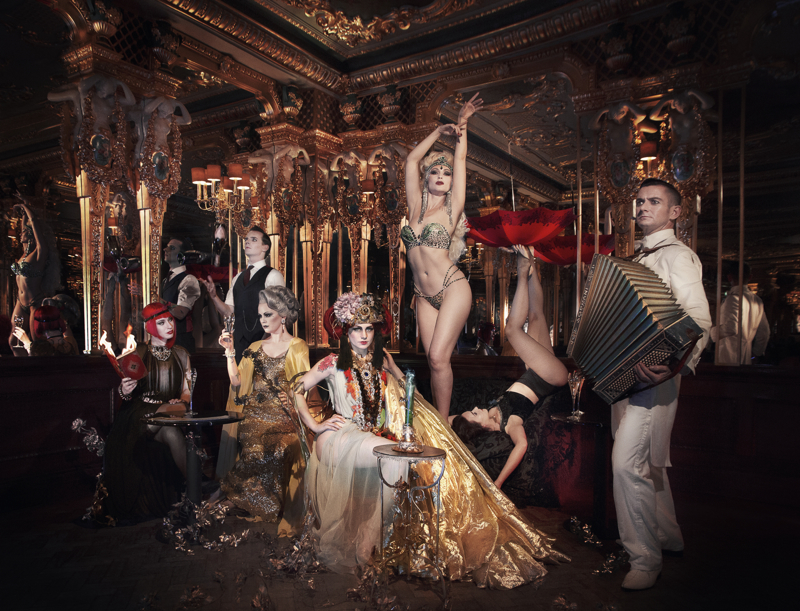 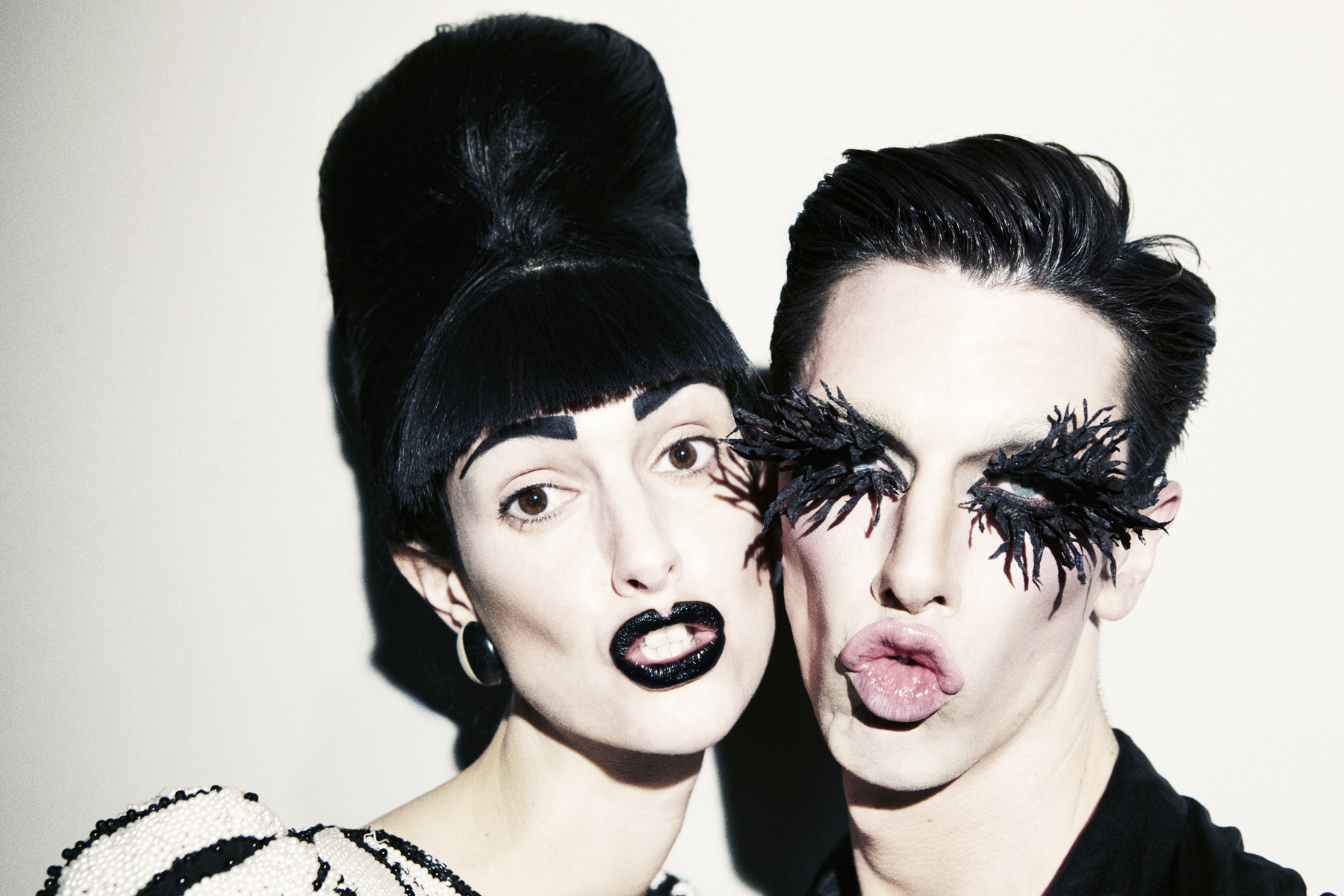 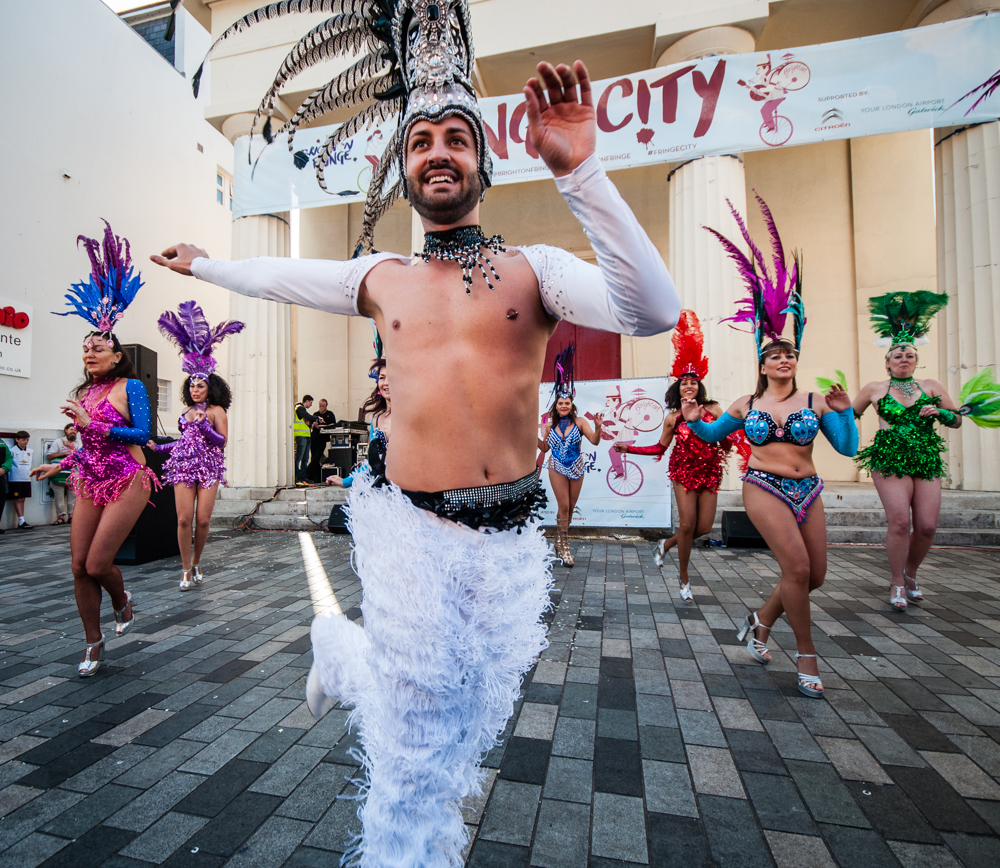 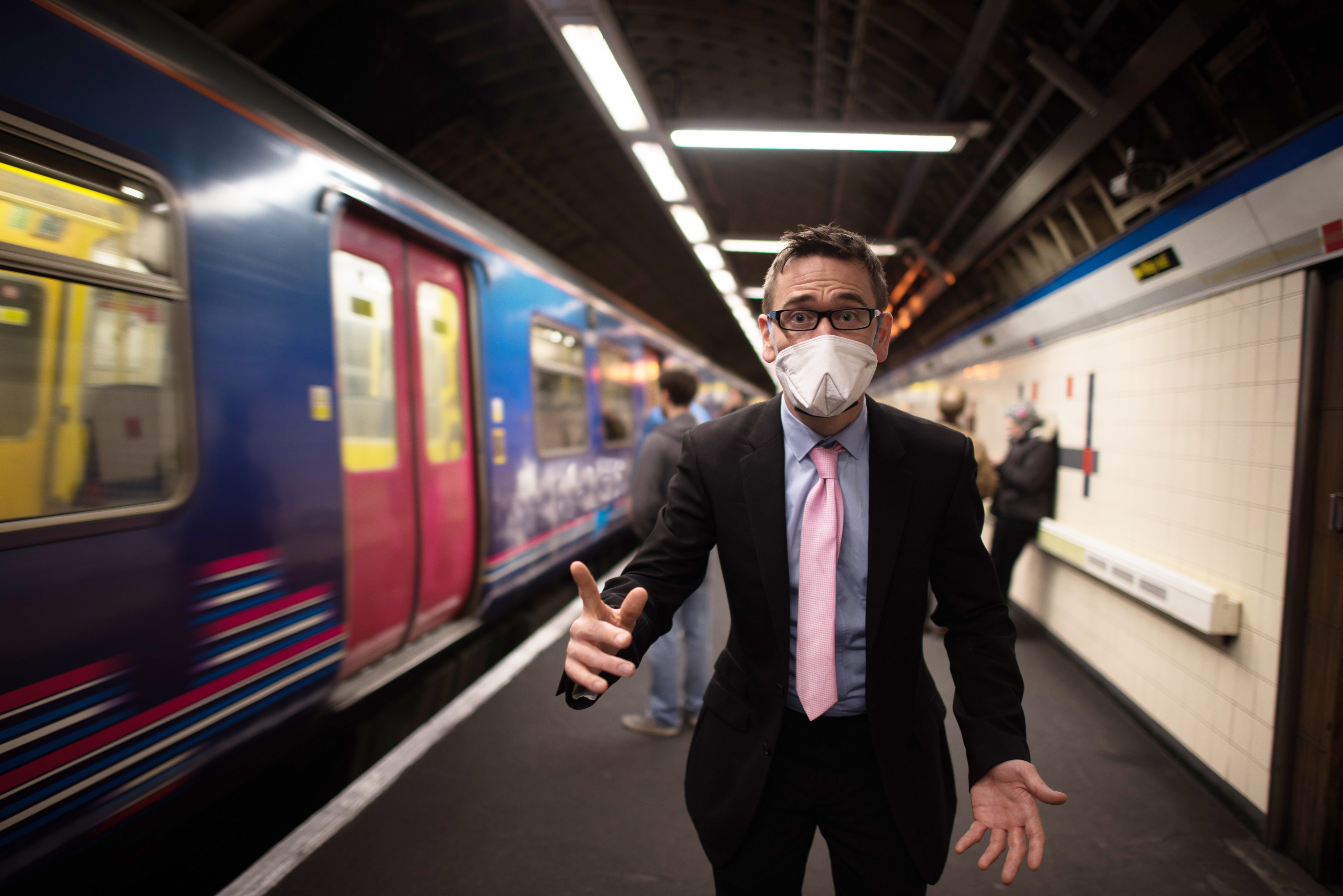 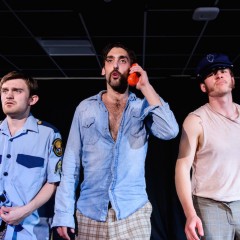 What goes on at...Brighton Fringe

Brighton Fringe kicks off on 6th May, and offers over 900 events, from cabaret, to theatre, comedy and dance. We'll be heading to Brighton ourselves to bring you the very best from the Fringe, in the meantime, we chatted to Julian Caddy, Managing Director for the festival.