Chief Executive of Arts Council England talks to Voice about his job, the importance of Arts Award, and the significance of the Arts sector in general

Darren Henley has had an illustrious career in the arts.

He has worked in radio for 25 years, leading Classic FM for the past 15, first as Managing Editor and then Managing Director.

He has led two independent government reviews into music and cultural education, published in 2011 and 2012 respectively. These contributed towards his appointment of Officer of the Order of the British Empire (OBE) for services to music.

In 2014 he was appointed the new Chief Executive of Arts Council England, succeeding Alan Davey, who held the role for seven years. He started the job in April of 2015.

Darren was kind enough to take time out of his busy schedule to talk to Voice about his career and the importance of arts.

Why did you want to work for the Arts Council?

I felt the role of Chief Executive was a real opportunity to do something more in an area I was becoming increasingly interested in and passionate about.

Having spent the last 23 years at Classic FM, I was becoming more and more immersed in the arts world; working closely with orchestras – I wrote the Royal Liverpool Philharmonic Orchestra's first official history – and on the Music Manifesto, a national campaign to improve music education in schools. Then when the Coalition government formed in 2010, I was asked by Ed Vaizey to do a review of music education, and later a review of cultural education, which enabled me to immerse myself further into the world of cultural education.

I have always been a supporter of the Arts Council, so when the opportunity came along – although I wasn't actively looking to move at the time - it seemed like the natural step to take.

Before starting, what were your perceptions of the Arts Council?

When I joined the Arts Council, it was the first time I had worked in the public sector. Rather unfairly, I think people can sometimes characterise the public sector as being quite slow and backward looking. Very quickly, I found that this is simply not the case with the Arts Council. Everyone who works here across our nine sites has real expertise, passion and drive - and cares enormously about what we do.

We take the decisions and responsibilities around investing public money very carefully. The processes we have in place ensure that these decisions are wise and have the the best outcomes we can possibly achieve. We have the ability to be fleet of foot and we work much faster than people think, but we do this in the context of a very carefully thought out long-term strategy for investment in great arts and culture. That makes the Arts Council a very exciting and vibrant place to work.

As Chief Executive, what does a typical day look like for you?

As you can imagine, the job is incredibly varied and no day is quite the same.

One of the things that I promised to do when taking this role, was to start by spending at least half of my time outside of London, travelling across the country to meet with artists, arts organisations, museums, libraries, universities and local authorities. And of course, actually sampling the arts and cultural activities created by the people we invest in.

I am a big believer that arts and culture should thrive across the country. I've been everywhere from Cumbria to Cornwall, and these visits are scheduled in my diary until towards the end of 2016.

Some of my day is spent thinking about the internal strategy of the organisation, working closely with our excellent Executive Board. A great part of our strategy is that we have five clearly defined goals that everyone in the Arts Council is working towards. These goals mirror our beliefs; we want excellent arts and culture to thrive, and we want everyone, regardless of background, to be able to access them.

I also Chair the Executive Board, which meets regularly, as well as doing a lot of outward facing work, such as liaising with ministers and the Department for Culture Media and Sport (DCMS). Part of my time is also spent working with our National Council and our five Area Councils, which are both responsible for the governance of the organisation.

How did your time at Classic FM influence your career?

One of the messages we successfully delivered at Classic FM was that no matter who you are, or where you are from, we can make classical music part of your life.

There is some level of learning there that I have been able to bring to the Arts Council. I believe that what are sometimes perceived by some people to be elitist art forms, such as classical music, can and should be part of everyone's life. You can and should expect the very best quality art wherever you are. I want people in places of lower engagement with arts and culture to be quite demanding of us as an investor. It's absolutely central to what we believe - that we don't have great quality art and culture just for people who know all about it, and substandard art and culture for everyone else. Everyone should get the best.

You've led two government reviews into music education and cultural education. What did you find the most interesting and important during this process?

I did a lot of listening. Hours and hours of it. And it's the best way to gain insight.

At the Arts Council, that's how we learn as an organisation, and this is something I have continued to practise in my trips around the country. Since starting this job in April 2015, I must have met and directly had conversations with around 5,000 people working in arts and culture in one way or another.

In your cultural education review, you recommended that most young people should be encouraged to do an Arts Award. What do you see as the main benefits of the Arts Award in terms of how it benefits young people?

The great thing the Arts Award does is provide a valuable qualification for young people that recognises the importance of arts and cultural subjects in their overall learning. Any school that doesn't enable a young person to do those subjects really should ask themselves whether they are offering their young people the best start in life.

This is why the Arts Award is so important. It supports young people in recognising how their engagement with the arts can build their confidence and develop creativity and leadership skills in other areas of their life – it takes young people on a journey of discovery. These are hard skills required by employers. It's not a soft option.

Schools have a duty to provide a high quality arts and cultural education to their pupils, and the Arts Award leads the way in achieving this.

And as Arts Awards celebrates its 10th birthday, do you have a message for young people thinking of taking part?

I believe that the arts can really make a difference to your lives. The Arts Award encourages young people to unleash their talents and to realise the possibilities of what you can create. Young people can achieve an award through any arts, media or cultural activity, such as music, literature, film-making and drama, and through technical and support roles such as arts marketing, stage lighting and web design.

Our cultural and creative industries are growing really fast, so there are more and more people being employed in the sector.

Your creativity can make amazing things happen. Getting an Arts Award helps everyone else to recognise that.

What do you think is the purpose of arts subsidy or investment?

At the Arts Council, we don't do subsidy; we do investment. We invest in arts and culture across the country because we believe it pays real dividends in people's lives.

It improves health and wellbeing - people feel better if they participate in arts and culture. There are economic dividends, because it creates jobs for people. Our own research tells us that the impact of arts and culture can be seen in society, national wellbeing, children's education and in the regeneration of villages, towns and cities. It gives people a reason to become active members of their communities and people feel better if they are more engaged.

Are the arts really under threat as people suggest given that the creative sector is growing so quickly and often shows a good return on investment?

I think that the arts and culture sector in this country is very exciting and incredibly vibrant. We need to keep making sure we tell people about that and that's one of the jobs the Arts Council does - we are the biggest champions of arts and culture in the country.

We are in the midst of an amazing creative period. You only have to look round our theatres and galleries and concert halls in this country, and to look at your computer to see the amazing digital media that is being created. Creativity is not just alive and well, it's thriving to a level that is better than it has ever been in the past.

If you had to pick three defining moments in your career, what would they be?

I would say that starting my career in radio at 16 years old would be the first defining moment. I was given work experience making the tea and compiling traffic and travel bulletins in the newsroom of my local radio station in Kent. Starting here ultimately led me to Classic FM which opened up a number of opportunities where I could start to engage with and understand the arts and culture in this country.

I write lots of books and in 2003 when I sat down to write my first book which was a pocket guide to classical music, that was quite a defining thing, because in a funny sort of way I was in a job where most of my time was spent helping other people to be creative. It was quite nice to go through the process of creating something myself. Over the past 13 years I have written 29 books.

When Ed Vaizey asked me to write the music education review in 2011, it set me on the pathway to the role I have now. It was rewarding to see the outcome of the reports I authored. They resulted in the creation of England's first National Plan for Music Education, the network of Music Education Hubs, the Museums and Schools programme, the BFI Film Academy and the National Youth Dance Company. Initiatives such as these enable more young people to access arts and culture both inside and outside of school, which is a goal the Arts Council is constantly working towards. 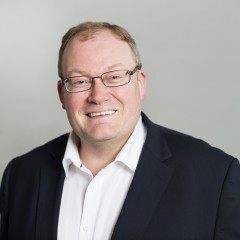 Chief Executive of Arts Council England talks to Voice about his job, the importance of Arts Award, and the significance of the Arts sector in general