I suppose I have two jobs really. I work as a theatre sound designer and as a live sound engineer.

As a theatre sound designer I work closely with the director and cast of a show to create the sonic environment in which the production takes place. This can vary a lot depending on the piece. If it is a musical I work out what equipment will be best suited to the show and spec everything from the microphones on the actors heads to the speakers which the audio is played through. Whereas in a play or devised piece I spend most of my time creating sound effects, strange noises and underscore.

As a live sound engineer I work in a wide variety of different environments mixing all sorts from live music to big corporate events.

What are you working on at the moment?

I have just finished designing a Richard Harris play called 'Liza Liza Liza' that Bill Kenwright has taken out on a mini tour. Also I have just opened 'Finian's Rainbow' at the Charing Cross Theatre. It's the first time is has been professionally staged in the UK since its original run in 1947. It's a lovely warm feeling show that I could happily stay with for a long time!

What made you want to be a sound designer and engineer?

I have been interested in music for most of my life, playing in bands when I was younger but also having a keen interest in theatre and performance in general. I just merged these interests into a career path that lets me do what I love every day of the week. Theatre sound design isn't something a lot of people are aware of so it took a lot of digging around to find out information on how to get into it.

You do lots of work with theatres – the idea of 'backstage' at a theatre is quite a mysterious, exciting one. What's it like having a backstage role?

I love having a backstage role. Personally the idea of being onstage in front of an audience terrifies me! I like the idea of being one of the people working hard behind the scenes to make a show happen. I also love the theatre as a work place. There is nothing more exciting than exploring a big old building with mazes of corridors that go underground, and seemingly endless flights of stairs that lead to secret spaces nestled behind the ornate plasterwork.

It sounds obvious but doing what I love each day really is the best thing about my job.

A favourite moment of mine on productions is when the cast, crew and creatives all get to know each other well and it feels like one harmonious family working together to make the show happen.

Another great aspect of my job is the variety of work I get to do and the different people I get to do it with. One week I might be playing and devising with a small theatre company and then the next I might be one of 20 sound engineers on a large corporate job abroad. Variety really is the spice of life.

The main thing I don't like is the feeling when a show is over, when I have done my bit and have to leave the cast. Although moving between projects keeps things exciting it does lead to a lot of goodbyes. The wonderful thing about theatre is everybody knows each other, so no doubt paths will usually cross again so it's not that bad.

The thing that can be really challenging is the working hours. Regularly there isn't a lot of time to set things up, so usually you have very long days with very early wake ups and very late bed times. Being able to sit back and see what you have helped create in the end more than makes up for it though!

In my live sound work I have been incredibly lucky to have worked on some cool events for some big companies. Recently I did a job for the BBC at the Cavern Club in Liverpool. As a massive Beatles fan I have always wanted to visit, so getting to work there was fab!

I have done quite a bit of work at Chelsea Football Club and worked on the Player of The Year Awards last year. That was good fun, I got to meet the team and hold the UEFA cup.

Well, when looking at universities I decided to go to drama school and study a theatre specific sound course rather than going to uni to study sound or music production.

I studied at the Royal Central School of Speech and Drama which have a great course in theatre sound design. There were only 4 people in my year so we got a great amount of contact hours with our tutors and got to work on projects with really great performers also learning to hone their craft.

Before moving to London I worked in my local Sainsburys, that's the only non-arts based job I have had. It was while working there on a checkout I realised that for some people a job is just a small aspect of their lives and for others their job basically is their life. For me I was happier doing a job I love, but spending virtually every moment of the day doing it, rather than having a job I found boring and doing lots of other things in my free time. I really do think most jobs in the arts are a vocation rather than just a career.

The biggest challenge for me so far has been adjusting to being a freelancer. Having to find your own work and lining up the next job is very different to knowing where you will be and what you will be doing in two months time.

Personally I try and go between doing the far better paid corporate sound engineer work to doing what I love most which is the theatre work. The live sound work basically subsidises the theatre work. It is getting the balance right that is the key. If you decide on a career in theatre it wont be for money, but at the end of the day you still need to be able to pay your rent. In the same vein doing your own taxes and book keeping is a learning curve in itself. You just have to plan as much as possible but be prepared for the unknown.

Do you have any advice for young people interested in being a sound designer or sound engineer?

Get your head round the basics of sound at a local level from as early as possible. Whether that is mixing bands at a local club or volunteering backstage at a nearby theatre.

Experience really is a big part of getting work and the sooner you get a taste for it the better. Once you have done that you will know for sure if it is the kind of job you want. 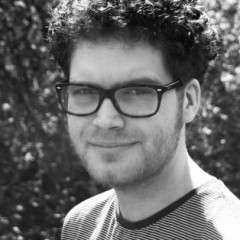