Potentially the most commanding position of performance, the centre of the stage is known by many actors and directors as the 'go to' place for eminent monologues, as it has an undeniable power rooted within it, assisting performers to captivate an audience. However, Jamie Martin, the sole performer in The Marlowe Papers, defies this precedent, uprooting the faculties of centre stage and carrying them with him wherever Nicola Haydn's imaginative and brilliant direction desired him; whether that be relieving himself against the upstage wall, hanging off the lighting rig or sprinting through the auditorium.

Martin uses every nook and cranny of the stage to perform the alleged events of the before and after of Kit Marlowe's supposedly fabricated death, which came as a result of his atheistic views, allowing him to continue writing in anonymity, but was forced to publish under a different writer, William Shakespeare. Superbly complemented by James Fiddes Smith on the mandolin, underscoring moments where he was needed most and never stealing our focus from the story, this performance was an outstanding storytelling experience; engaged, lively and rich with theatrical merit.

Beginning as an award winning novel and later adapted for the stage by Nicola Haydn and Ros Barber, the piece maintains the iambic pentameter and narrative composition with which it was originally written, allowing a seamless flow of poetic dialogue describing the action as it unfolds before us. But this did mean that the somewhat lyrical language, despite its beauty, was a challenge to follow as an audience member, with the addition of 16 characters being brought into the story, it at times became confusing, but at least it sounded nice.

However, no story is complete without its storyteller and Jamie Martin's solo performance may just be the strongest and most impressive I've ever seen. With outstanding vocal stamina, a grounded presence and slick movement, Martin's portrayal of Marlowe, as well as the other 15 characters involved in the story, was impeccable, impassioned, and I'm really jealous. 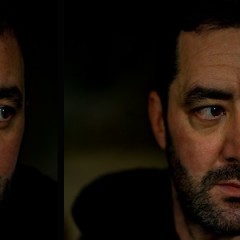