The Last Five Years, currently showing at London's St. James Theatre, is a musical that dares to be different. There aren't any seemingly spontaneous outbursts of synchronised choral song and dance to give the show a quick injection of energy, lest there be any audience members nodding off - in fact, there is no chorus; just two characters, Cathy (Samantha Barks) and Jamie (Jonathan Bailey). And no chorus or substantial cast means no grand, uplifting finale ending in a fantastic four part harmony to keep you buzzing right up until you get on the smelly train back home. There isn't even a satisfying, concluding scene which wraps up the musical in a neat little bow, because it finishes exactly where it started. The Last Five Years defies the premise that mainstream musical theatre lays out and establishes itself in its own right as a truthful and genuine display of emotion, utilising song for its emotional potency and pleasure.

The story follows a young couple, Jamie and Cathy, from their individual perspectives. However, the stories are told with the two characters travelling in opposite directions, hers beginning at the end of the marriage and his from the start of the relationship. With Jason Robert Brown's masterful and diverse composition of both the song and lyrics driving the story forward, all else falls into place behind it, and in this production, everything marries together perfectly (apart from Jamie and Cathy, who divorce).

Loaded with JRB's rich and impressive score, Samantha Barks's performance was nothing less than flawless. With stunning vocals and authentic acting skills, Barks captivates the audience right from the start, performing 'I'm Still Hurting' with a touching vulnerability, whilst displaying her impressive emotional and vocal control. Throughout Barks's songs, goosebumps become the norm, and all sense of time is lost as the audience become engrossed in her world.

Bailey, on the other hand, provides the perfect contrast to Barks: Cheeky and lively, Bailey, beginning the musical in the prime of Jamie's youth, bounds about, never afraid to come right downstage and mingle with the front rows. The audience warms to his energetic and animated performance immediately, as he provides us with constant laughs. However, this puts us in a right old conundrum for the second half of the show, in which some of his actions are questionable, to say the least. Bailey plays the light and shade of his character skillfully and despite the occasional shaky vocals and timings as he, ironically, is, 'Moving Too Fast'* through some of his songs; this almost compliments Jamie's carefree and impetuous attitudes in his early songs.

Together, Brown, Barks and Bailey create somewhat of a Holy Musical Trinity, their combined talents making this production, undoubtedly, one of the most poignant 90 minutes I've watched on stage.

*A hilarious reference to one of Jamie's early numbers in the show called 'Moving Too Fast'. 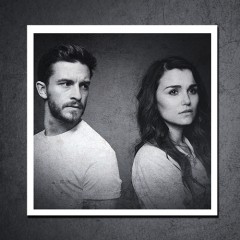