I almost felt ashamed that I had never even heard of the Open Web Movement and it was a privilege to hear about it from someone as passionate as Melissa.

As I tottered around the many floors of the Mozilla Festival, mourning the loss of the cancelled workshop I was supposed to be reporting on, I found myself talking to Melissa Romaine, an employee of Mozilla, whose official title at the festival was 'Advocacy Network Manager'.

I should probably first mention that MozFest was, generally speaking, based around two core ideas - the first being an exhibition and celebration of technology and the second being the progression of the Open Web Movement. Having spent most of my time at MozFest experiencing technology in all it's wonders, it was a nice change to talk to Melissa, who is on the front lines of the Open Web movement.

Being an advocate myself for many social and cultural movements that work towards granting more freedoms and equality, I almost felt ashamed that I had never even heard of the Open Web Movement and it was a privilege to hear about it from someone as passionate as Melissa.

Melissa first explained to me what is meant by an 'Open Web' and the movement's aims:

"An Open Web is one that isn't surveilled, is open for hacking, in a positive sense, and a place where people are able to take content and remix it for non-commercial uses… We're aiming to build and fuel this network of people who're engaged in the conversation between grassroot organisers and the policy makers so we can bring about real change."

We went on to discuss one of Mozilla's success' earlier this year:

"The EU and BEREC [Body of European Regulators for Electronic Communications] put forward a draft proposal threatening net neutrality, which is, generally, the idea that all content should be available to everyone at the same rate. We reached out to our community using petitions, provided accessible information on it and encouraged people to exercise their democratic rights. Our efforts were a success and they did actually reform the legislation to protect net neutrality."

I then found out about their current projects,. These include trying to quash the UK Surveillance Bill draft, which aims to increase the surveillance of your online identity, as well as the draft of the EU Copyright Directive Bill, which would increase the price of online content. Mozilla don't fight these battles alone, they also have the help of other companies, such as Wikipedia, Creative Commons and many more.

With technology becoming increasingly integrated into our everyday lives, Mozilla are "keen to get people understanding that the internet is also yours". Protecting our privacy, creative freedoms and maintaining equality are all things citizens have fought for hundreds of years to preserve in our everyday lives and now we all need to follow suit for our online rights. It gives me great relief to know that people like Melissa and the folks at Mozilla have been fighting for my online rights, without me even knowing.

If you'd like to find out more and support this vital cause you can have a look on the Mozilla Wiki Page, follow Melissa (or her blog) and the Mozzilla Advocacy Page on Twitter, or have a browse of Mozilla's main website. 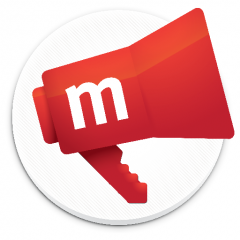 I almost felt ashamed that I had never even heard of the Open Web Movement and it was a privilege to hear about it from someone as passionate as Melissa.