In Spring 2016 we ran a competition to find 13-25 year olds who are creating art that aims to make a difference. You can read full interviews with the winners, and preview their work over the coming weeks.

Emma Blake Morsi is the Founder and Editor-in-Chief of Nocturnal, a youth-led interactive magazine and showcase platform using the Arts as a medium to creatively address social and cultural issues, which was featured by the BBC early last year. The biannual magazine is a collection of digital stories as an authentic voice for young creatives to contribute work to showcase their obsessions and creatively express themselves through the Arts. She is also currently juggling post-student life as a digital marketing apprentice for Saffron Records as well as taking on invaluable opportunities within Young Arnolfini, Rising Arts Agency, Plaster Creative Comms, Situations Rising, Watershed and Spike Island.

Massiah is an Ethiopian-bred, written/spoken word poet and photographer based near London. Fusing poetry and photography, her work takes an almost philosophical approach to the human experience in an attempt to explore meanings, perceptions and the unknown. She was recently part of the 'Words First' spoken word scheme launched by BBC 1xtra and London Roundhouse. Her spoken word poetry has been featured on BBC 1xtra and she has recently performed at the Roundhouse main space.

Ella Tighe is an independent dance artist currently based in London. Ella currently works as an administrator for Independent Dance, London, whilst also working freelance as a performer, maker and teacher. Ella is currently performing and making work with Flux Dance Theatre. Ella is also a yoga teacher, with a practice routed in Ashtanga yoga.

Taiwo is a talented young poet from Leeds. His varying topics range from relationships and infidelity to drone wars in the modern world. His complex wordplay and charming stage presence make him a crowd favourite. He has been writing and performing poems for over 3 years. He is a graduate of International Relations from University of Leeds.

Adekola is a graduate of Chemistry from the University of Bradford. He has been writing and performing poetry for about 2 years. He is inspired by popular culture and everyday life. He believes that working classe and ethnic minority voices are as valid as other voices. A theme of social justice runs through his work. He has a keen interest in mental health and is based in Leeds.

Kim is a talented photographer, graphic designer and poet from Leeds, a developing creative artist inspired by nature and human behaviour. Her work speaks out about human and animal rights. She is interested in art forms that make us re-think the programmed mind. She is a graduate of Product Design from University of Leeds.

Born in Hungary in 1993 to a family containing an unusually high number of artists and creatives, Dominika developed an interest in art under the guidance of Marcus Goldson. She took A-levels in Art and Literature in 2011, and has just finished studying English and Drama at Queen Mary University of London.

She channels her creativity through various artistic outlets, ranging from visual arts, poetry and literature, to music and theatre. As a keen traveller who has lived in 4 countries, she draws inspiration from the diversity of cultures, flavours, sights and people. Her art is inspired by the defiant ground-breakers of their times, such as Dali, Gaudi, Walt Whitman, James Joyce, Tim Burton, Roald Dahl and Frida Kahlo. She is at once a child of her age, firmly grounded in modern life, and an outsider who sees the absurdity and unfairness of it objectively. Dominika was highly commended by the full panel.

After studying GCSE Art and Design, Suzanne continued with A Level Fine Art and Photography where she produced her entries for this competition. Her creativity led her to the realisation that she wanted to be more directly involved in social change, so she completed a degree in Human Rights and Law at Kingston University where she was also awarded the Human Rights Prize and chosen to give the closing graduation speech. Since then she has travelled across South East Asia, interned with different human rights projects and worked in the third sector. More recently, she has been putting together a new portfolio and getting back in touch with her creativity through crafts, poetry and painting. Suzanne was highly commended by the full panel.

Anne-Sophie grew up in the United States, the Netherlands, France and England. She's spent the past two years studying abroad in China and Italy, where she lived with a host family and learned the local language. Next year, she'll be attending Williams College, where she plans to study Classics and Biochemistry. Anne-Sophie was highly commended by Emrys Green.

Anri's 25 years old, Japanese born and raised in Spain. She studied at English Montessori School in Madrid and at the Music Conservatoire. She was accepted with a scholarship to Birmingham Conservatoire and graduated with a BMUS honours degree in piano performance. In her third year she went to an exchange program to the USA, SUNY Potsdam and Crane school of Music, where she studied art and music. She is currently in her summer programme at NYU with music. Anri was highly commended by Neha Lakhanpaul.

Ashna Ahmad is a 14-year-old Silver Arts Award participant from London. She writes semi-regularly for the Weekly Worker newspaper, translates on Wikipedia, blogs every so often and is a professional armchair aesthetician and semanticist. Ashna was highly commended by the full panel.

Eva, Madelief and Dinara were highly commended by the full panel, they are all 13 years old, and go to an international school (ISLSurrey in Woking). They've been living in the UK for a couple of years now; Dinara from Kazakhstan, Eva and Madelief from the Netherlands. 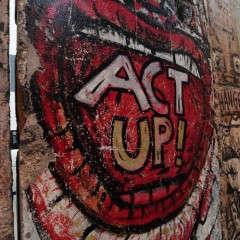 In Spring 2016 we ran a competition to find 13-25 year olds who are creating art that aims to make a difference. You can read full interviews with the winners, and preview their work over the coming weeks.