Until 30th April 2016, we're calling for artworks that make a difference. Who better for our first judge, than young filmmaker and Gold achiever Agi K?

Agi K is a young self taught Filmmaker and photographer. Awarded the IntoFilm One to Watch Award in 2013, her films have been screened at IYAF (best under 17 production 2015) and the Birdies. Agi K is known for her award winning 'My Little Sister (who happens to have Down's syndrome)' documentary series, and short 'We The Mountain, We The Sea' screened at Raindance film festival 2015 and POWfest 2016. She is a 10k YouTuber and uploads topical vlogs and music videos. She runs workshops and speaks at festivals about her films, filmmaking and the creative arts.

For full details about Can Art Change the World? head here. 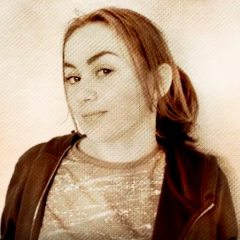 Can art change the world? Judge No.1 announced: Agi K

Until 30th April 2016, we're calling for artworks that make a difference. Who better for our first judge, than young filmmaker and Gold achiever Agi K?