Devonshire artist Tom Stockley, aka t.s. idiot, burnt his fine art degree and often wears a turkey hat. But he's no fool, that's for sure...

‘Wow, what an idiot.’ For some performers, reviews this blunt spell out their last show. But for visual artist and poet Tom Stockley, comments like these only add fuel to the fire. Speaking to the man behind the spoken-word phenomenon t.s. idiot, I catch up with his latest projects and find out what kind of miracle alloy his self-esteem is made from.

‘They did me a service really,’ Stockley says, ‘played right into my bottomless self-deprecation.’ Stockley wears tortoise shell glasses, a drop earing and a porkpie hat. His manner is easy and unaffected. ‘These early nights I was putting on,’ he continues, ‘it was all about performing the kind of stuff that’s going to reach out to normal people.’

Having performed at arts events, such as Falmouth’s The Thrown Gauntlet Festival, where ‘residents open up their living rooms, bathrooms, gardens . . . and live venues’ as performance spaces, Stockley often holds workshops for local communities. Now based in Bristol, Stockley currently runs a network of artists called We Are Uncollective (formerly Space 47).

After burning his degree to protest education cuts, the Devonshire poet, who graduated from Falmouth in 2016, drew criticism for posting the ashen remains of his certificate to the university’s administration. Since then, Stockley has gone on to champion young people through his youth work and performances on stage.

While some were evidently baffled by the stunt (one commentator likened the inflammatory act to Monty Python’s The Judean People’s Front from The Life of Brian), Stockley received considerable support from those concerned about the increasingly monetised nature of higher education – a discussion which has since been revived following the lecturers’ strike which began during February of last year.

For one disgruntled reader, the protest was not merely a political issue but an artistic one. ‘Please don’t ever claim it to be a piece of art work in itself,’ the post reads, ‘or let anyone else say it on your behalf.’ Commenting on the artist’s statement, available in full online, the anonymous sceptic raises questions over whether local politics should share the same name and platform as that Tate exhibition you’ll probably never visit. 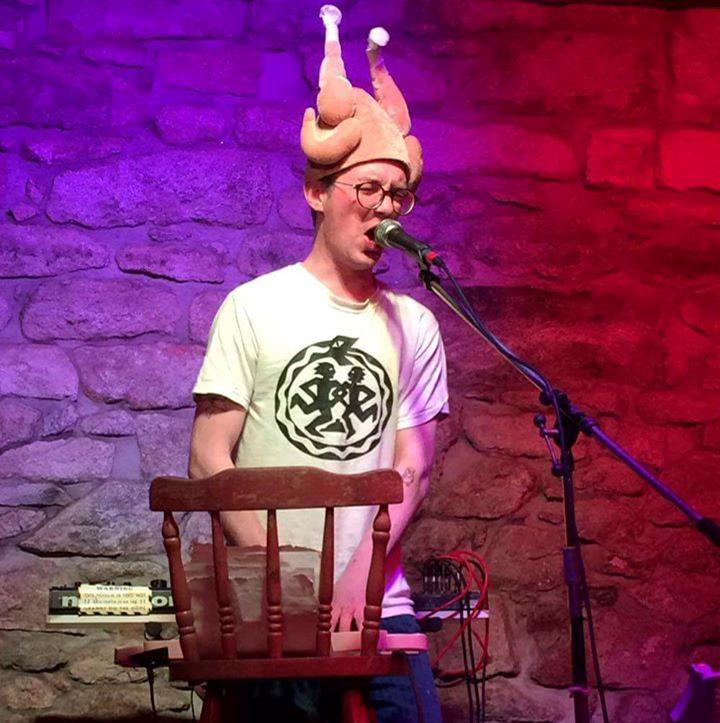 ‘I'm not saying that this is a 'work of art' as such,’ Stockley replies, ‘but do you know something? If I did, that's what it would be!’ Coming from the artist who plans to bring you ‘Orchestral Testicles’ (a musical extravaganza featuring five papier-mâché balls), the sacredness of art does not appear to be high on his agenda. And yet, what t.s. idiot argues for is perhaps something altogether more important.

‘I like art form to be really fun and obvious,’ says Stockley. ‘Like my poem ‘Gay for Neil Armstrong’, I just thought – especially for a pub crowd – it could have a really preposterous title and be exactly about that. To be nothing else, no hidden metaphors. Just a love poem for Neil Armstrong. And that’s all it is.’ (The poem begins, ‘The year is 1969, / Your eyes are stars, / And your arms are strong’). ‘In a pub situation, it’s probably my most popular one.’

During a previous gig, Stockley recalls performing the poem after the venue’s licence had ended. ‘I was one of the last acts,’ he says. ‘They put me outside in the smoking area on a platform, so there were all these pissed people having a cigarette – and I’ve never shouted so loud. 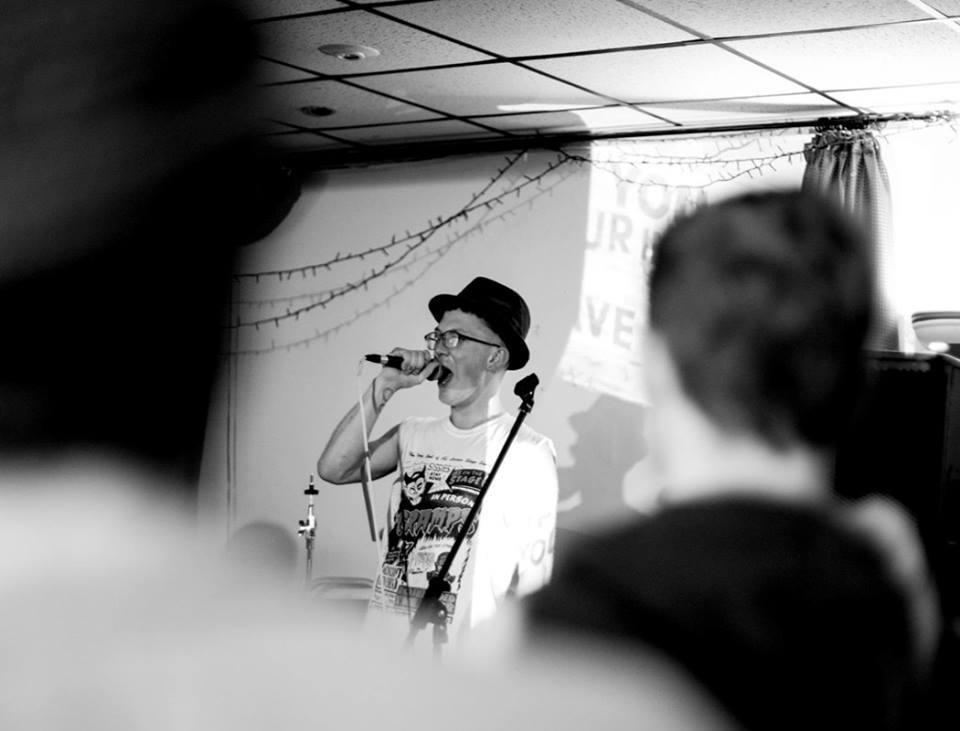 Perhaps the poem is not meant for them, I suggest. ‘Absolutely. It’s not at all, but I do also partly belong to that world. And part of me wants to.’ In two of his most recent poems, t.s. idiot explores how belonging to a community is often restricted by one’s means.

In ‘Ode to an estate agent’ he takes aim at the effects of gentrification and rising house prices on living standards for young people. In ‘Does domestic bliss exist?’ those effects play out between a couple experiencing the stresses of financial difficulty.

‘Domestic bliss,’ Stockley weighs the words as he says them. ‘I heard someone say it and thought that it was such a strange phrase. In a way, the merit of spoken poetry is in specific lines.

'I’m not unhappy in my relationship,’ he adds. ‘It’s ridiculous and wonderful, but domestic bliss is strange. I can’t imagine ever having that feeling of ‘Everything is just perfect!’ I do know couples my age that have started to buy houses. I don’t know how.’

‘It’s more about our generation.’ He pauses and pulls a face as though he’s about to roll his eyes. ‘Moany millennials, smelly millennials. I don’t know – it’s hard to keep a relationship up in that kind of situation, when you’re stressed about money and you’re not sure what to do for a job, moving from flat to flat every year or so.’

Having previously appeared on BBC Three’s Generation Screwed, Stockley remains an outspoken critic of the housing market and the lack of opportunities for young people. ‘It’s pretty rubbish really, if you’re young,’ he told the BBC. ‘There’s no way that most of us can afford a house of our own. We’ll just keep paying rent, month in month out.’

According to a report by the Resolution Foundation, home ownership has collapsed among 25- to 34-year-olds compared with two decades ago. Similarly, families headed by 30-year-olds are only half as likely to own their home as the baby boomer generation was at the same age. Today, buyers can expect to pay three times more income on housing than their grandparents.

‘What I’m trying to do is start that dialogue without having an outright political poem. I guess what I want to get across to some people who might be reading this is that things are harder for us. I’m not moaning, and I know we have it better than a lot of people in the world. It’s just very strange that none of us are going to have a proper house for a long time.’

Given the circumstances, one wonders whether domestic bliss really does exist or not. ‘A wise man once asked that,’ Stockley nods, as if in thought. He rubs his chin philosophically before breaking out in a smile. ‘Pshh, does it? I don’t know. Maybe if you have enough money,’ he laughs. ‘No, money doesn’t make you happy.

'We’re growing up with an entire generation who are a bit screwed in terms of not being able to own where we live. Sometimes we think about it, sometimes we just don’t.

'We get used to it really.’ 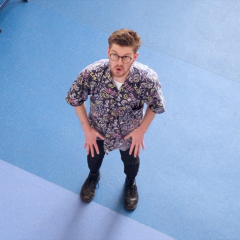 Devonshire artist Tom Stockley, aka t.s. idiot, burnt his fine art degree and often wears a turkey hat. But he's no fool, that's for sure...