Romanticising the degradation and objectification of women in the media can normalise such behaviour in reality, teaching young women that they exist as second-class humans.

Media can shape reality. The representation of young women in TV and literature can genuinely impact how they see themselves and the decisions they make. Objectified women, young girls being preyed upon, and toxic relationships are frighteningly commonplace and normalised in the media. So when young girls exist in a world that teaches them they are objects, is it any surprise that that is what they become?

The 'Beauty and the Beast' syndrome

“Bully romance.” It’s a trope common in literature, despite reading like an antithesis. After all, how can bullying be romantic? A “bully romance” typically involves a male-female relationship, where an attractive bully has a sense of ownership over his victim-to-be-lover. A quick scroll through content sites such as Wattpad shows a host of largely unregulated stories written by and aimed at an incredibly young audience, feeding into this misogynistic trope. Despite its absurdity, its popularity is without question. Titles such as “Beauty and the Bully”, “The Bully Knows How to Love”, and “Falling for my Bully” have garnered up to 1 million views. And this is only the tip of the iceberg.

According to Ashleigh Gardner, head of partnership at Wattpad Studios, their demographic of writers and readers is 70% female, and 80% Millennials and Gen Z. This raises the question, why are young women writing and consuming stories which romanticise abuse? Why are they actively participating in a culture which treats them as second-class humans?

The most obvious answer? It’s because that is what they are taught.

My survey of young women between the ages of 18-25 revealed that 91.7% of the participants believe that “young women are susceptible to copying behaviour shown in the media”. Thus we can conclude that young women see unhealthy relationships in popular forms of media, which they then recreate through their own writing, as seen in Wattpad, or, more worryingly, in real life. After all, doesn’t the Wattpad title “Beauty and the Bully” sound strangely reminiscent of “Beauty and the Beast”, a story of a young woman falling in love with her monstrous captor, marketed as a sweet romance? Young girls are taught from childhood that being captive is a type of romance.

Harmful representation of women is painfully prevalent in popular media aimed at the younger demographic. Amongst the highest of tropes, participants reported seeing “overly sexualised young girls”, “geek to chic transformations”, and “romanticised abuse”. The most popular forms of media mentioned were “Euphoria”, “Twilight”, and mafia romances such as “365 Days.” What is worrying about these is that not only do they romanticise the treatment of women as property, but that they are written and produced by adults, and aimed at teenagers. Young women are set a standard - they are shown that being stalked is a sign of true love, that abuse and obsession can still give way to romance, and that looking beautiful is all that matters. Bella Swan’s bruises from Edward Cullen in Twilight were “blossoming”, as if beautiful flowers, and she was described as being “decorated with patches of blue and purple”.

If you’re looking for a longer read on this, I’d recommend: The Romanticisation Of Teen Dating Violence: The Twilight Series as a Case Study, By Kyrie McCauley Bannar.

How media shapes our reality and enables behaviour

Of course, some argue that media portrayals are separate from real life, as when we consume content, we suspend our disbelief and accept things we wouldn’t truly accept in real life.

Dr Nabi, a professor of Media Effects and Health Communication says, “we can’t help but have [media] inform how we see the world, because our brains are still so primitive in a lot of ways.”

Our brains are designed to react to reality and cannot always distinguish between reality and fake reality. This is why we cry at a sad film or laugh at a scripted joke. This is not to say that we only learn from TV and book content. Of course, how young girls see themselves is also informed by social media, their favourite celebrities, friends, and family. But it is important to note the undeniable role of the media in people’s lives. In 2020, Forbes reported that the average person spends 6 hours and 59 minutes per day consuming content. Thus its impact cannot be downplayed.

Whilst harmful tropes in the media may not necessarily create toxic relationships, normalising and romanticising such actions will enable them to carry on unchecked.

A 20-year-old anonymous participant in the survey said, “If the media portrays women as objects, one dimensional, etc., then young girls may assume that’s the norm.”

Lara, a 21-year-old student, gave a personal anecdote on her experiences with harmful media representation, “It made me desensitised to being treated poorly in relationships, romantic and friendship-wise.”

Whilst one may not be paying direct attention to the way women are treated in the media, Alicia, another participant, and 21-year-old student, noted that shows such as Euphoria made her “subconsciously idealise a situation where a man can be abusive and then treat you like a princess to make up for it.”

This is about more than young women watching harmful representations of themselves. This feeds into a systemic issue which alters and damages mindsets and treats women like property. Two participants mentioned the “male gaze”, which permeates the films we watch and books we read.

For example, Anna, a 21-year-old design student, noticed that comedy and spy film posters often use “the icon of a woman’s body to inspire intrigue or mystery” where “main characters will be seen through a woman’s legs.”

A woman is an object or tool to inspire pleasure, regardless of her other qualities or her youth. The voyeuristic scenes in Gossip Girl where high school student Blair dances provocatively in lingerie in a club can be traced back to this culture of seeing women - or rather, girls -  as objects for visual pleasure, as the camera pans predominantly to her legs. The sexualised iconography of legs is so ingrained in our culture that it’s no surprise that upskirting only became illegal in the UK in 2019. Benny, a 22-year-old student, noted that such media portrayals were “reducing my mind to think it was all about how I looked to men, rather than viewing myself holistically.” Another anonymous participant observed how this directly impacted her life as she was “positioning myself in sleep in a position that wouldn’t be unattractive if someone were to find me.”

There are, however, examples of media representation of women and girls done right. Media content which portrays women sans misogyny, has a profoundly positive impact. A 2016 study observed that positive female role models in media inspired 58% of women to be more assertive, and 11% to leave an abusive relationship. Instead of making abuse, drugs, and sex aesthetic like in Euphoria, shows like Sex Education explore the realities that young people face through hilarious awkwardness and honest conversations. Instead of showing a controlling relationship like in Twilight, Legally Blonde shows a young woman stepping out on her own and becoming confident and smart despite condescension from those around her.

So what can we learn from this?

Next time you’re watching a TV show, or reading a book, look at how women are represented. Do they have healthy relationships with those around them, and if they’re underage, do they act like they’re children? Or, are they in toxic but romanticised relationships, and are the young girls oversexualised? It’s a vicious cycle: women are treated like objects in society, adults then create media content that reinforces this image, young girls consume the content and use it to inform their reality. It’s time to break this cycle! There is a need to be more responsible when creating media content - especially on platforms with the capacity to influence millions of viewers. Young girls need to know that they are valued in society both on screen and off screen, and they are worth more than the decades of harmful portrayals passed off as entertainment. 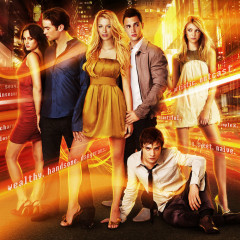 When media tropes feed the flames of misogyny

Romanticising the degradation and objectification of women in the media can normalise such behaviour in reality, teaching young women that they exist as second-class humans.