A collaborative piece celebrating the women who inspire us the most.

Inspiration is the key to so many people’s success. When you have someone who shows you that a goal, aspiration or dream really is possible, great things can happen. Inspiration comes in many forms, but to end International Women’s Month, let us take a look at the women who inspire us most. From names you’ll surely recognise to the more unsung variety, here is our list of women who, in one way or another, have shown up, represented and encouraged us to be who we are. 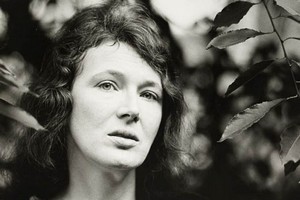 The weird and wonderful world of Angela Carter’s writing felt like my first proper introduction to feminism. Best known for her collection of short stories, ‘The Bloody Chamber’, she takes traditional fairytales and gives them a much needed female twist. Nobody writes like her. Every sentence is a sensory feast, and she inspires me not just to be imaginative but also to write however I want. Writing was, and still is, I believe, a man’s world. Instead of trying to fit into that world, she wrote what she wanted and revolutionised literature through her interpretation of folklore and pioneering ‘magical realism’. Whenever I think of her, it makes me want to write. That, for me, is why she is an inspirational woman. – Sheona Mountford 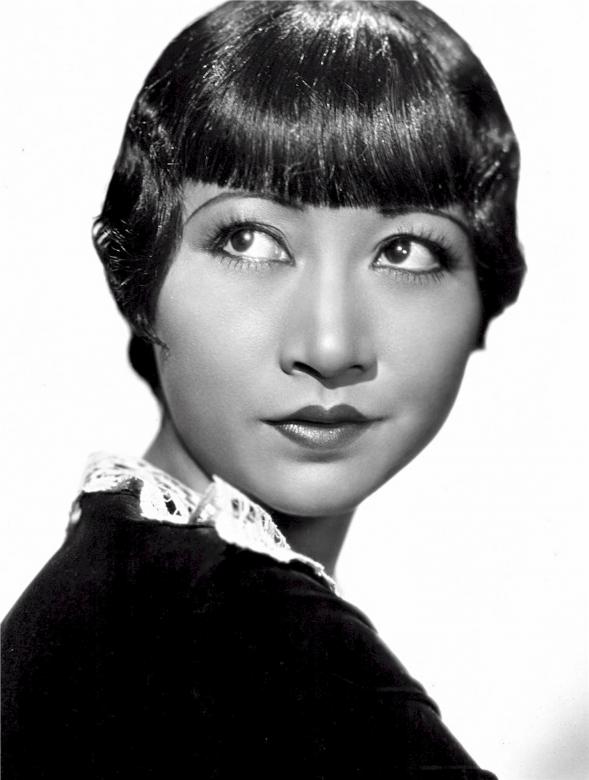 The first Chinese American film star with over sixty films throughout her entire career.  At the start of her career, she was typecast into stereotypical supporting roles. However, she was acutely aware and critical of Asian representation on screen. In 1924, although short-lived, she set up her own production company ‘Anna May Wong Productions’ to make her own films. During the production of The Good Earth (1937), when offered the villainous role of Lotus, Wong refused to represent an unsympathetic portrayal of a Chinese character in an all-American cast. Her legacy of defiance in the face of adversity sings to the continual lack of Asian American representation on screen today. – Flo Cornall 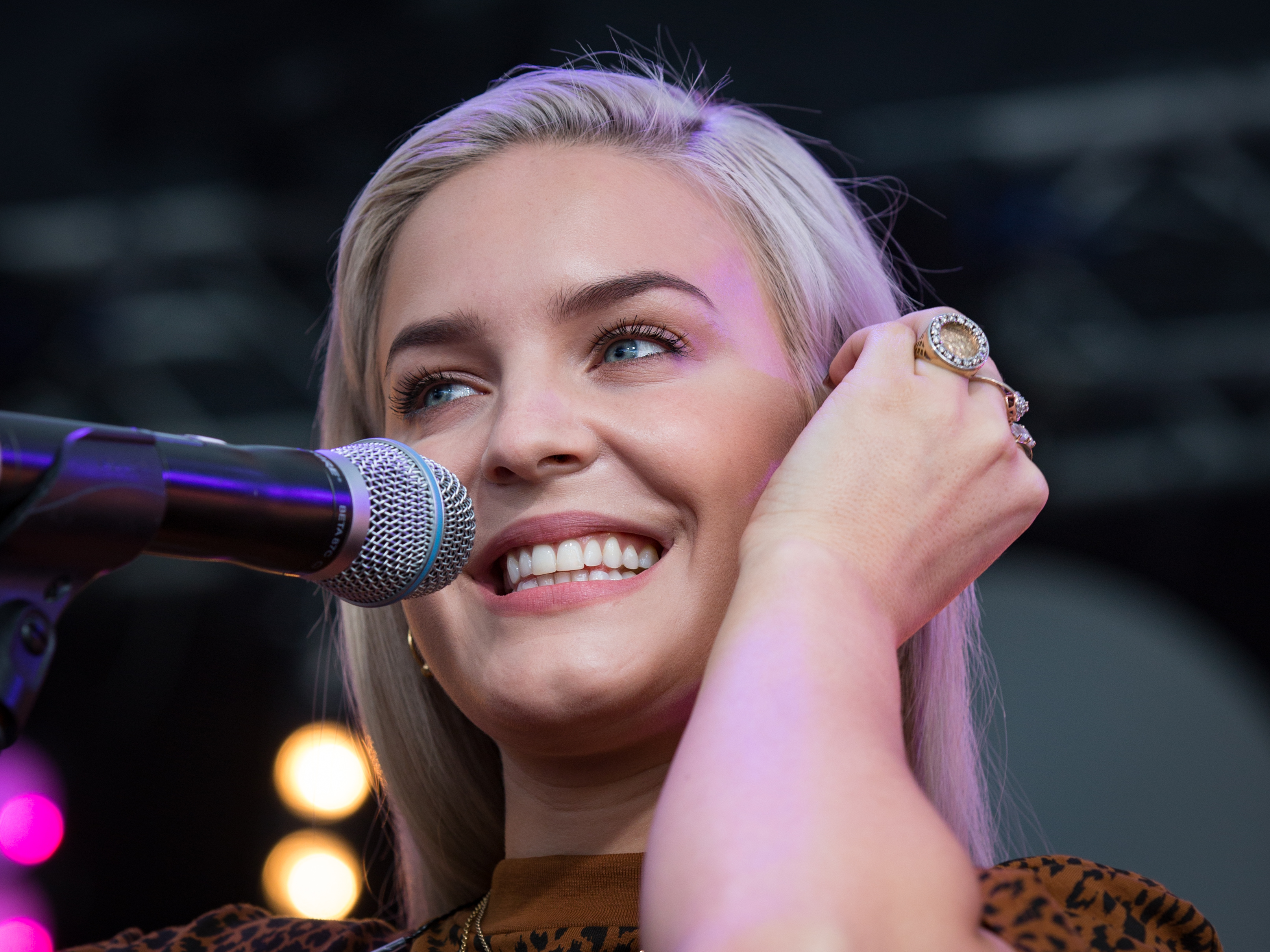 Anne-Marie is an amazing singer and someone I admire greatly. Not only does she have real talent in her industry, but Anne-Marie is also a role model for speaking about mental health and body image. I really enjoyed reading her book ‘You Deserve Better’, where she discusses her career, relationships, mental health issues and the lessons she has learnt from personal experiences. Anne-Marie showed real resilience too when she picked herself up from her fall at the BRITs. – Daisy Mellor 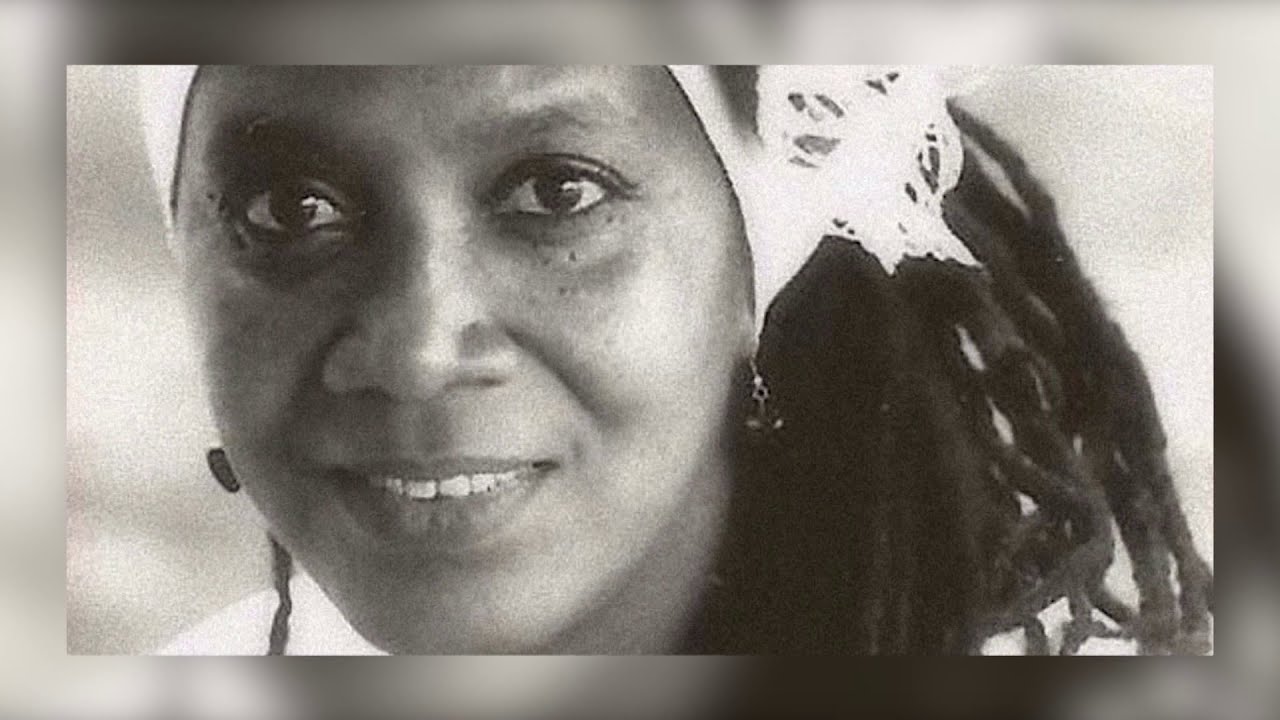 In 1968, Barbra Blake Hannah was the first Black British woman to report news on British TV. Hannah reported for Thames Television’s ‘Today’ programme as one of three on-camera reporters. Her contract at Thames Television was terminated after just nine months due to recurring calls and letters from viewers belligerently opposing a Black woman on TV outside of the entertainment sector. She continued to face a blitz of unrelenting racist and sexist attacks for the remainder of her decade of residence in the UK. Ultimately realising “there was no space for her in Britain”, she moved back to her homeland, eventually becoming the first Rastafarian to serve in the Jamaican parliament. However, reporting five days a week for those transitory nine months, she transpired, becoming one of the most iconic journalists of our nation. – Rukaiah Moulana

I feel right at the top I should give an honourable mention to my mum. She has supported me through 22 years of life, whether that’s celebrating my triumphs or fixing my messes. Thanks, mum. Today though, I had someone else in mind, my sister. She is only three years older than me, but she feels a million miles ahead of me with a house, a dog, and a stable relationship –  she’s worked for everything she has. She’s always got the next step to work towards but is never too busy to listen to her little sister. She’s the champion of putting my worries and woes to bed, all while carrying the weight of the world on her shoulders. So, who do I admire? The best big sister in the world. – Amy Clewlow 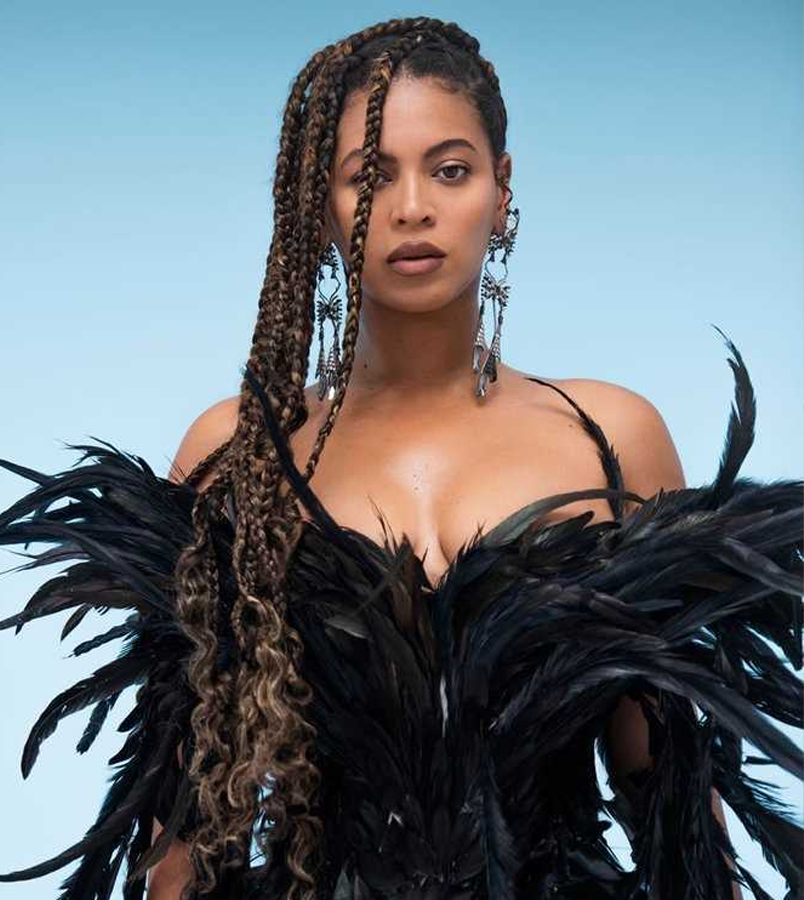 Beyonce went from singing catchy, unassuming pop songs –  like Single Ladies – to having the whole world scream "I’ve got hot sauce in my bag” without them fully understanding the true extent of this jovial sounding phrase. Beyonce used the fact the world saw her as a more palatable, pleasing Black woman to her advantage, and once she reached true legend status, she did the most to increase representation for Black women. From turning her bad relationship (lemons) into musical gold (Lemonade), she showed the world an impressive display of female resilience – and created some of the soundtrack to my life. Say what you want about Queen B, but she has withstood the test of time and shown everyone what a Black woman is capable of. – Saskia Calliste 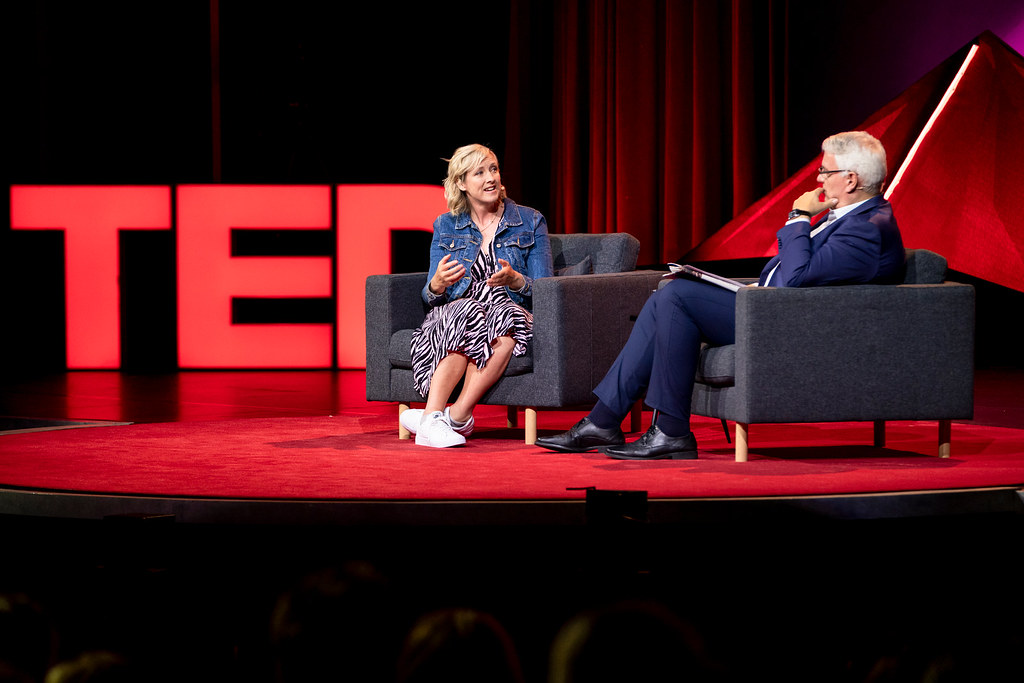 Carole not only inspired me to even consider a career within investigative journalism, but she also opened my eyes on a personal level to the threat to democracy from social media and political interference. Rising to global prominence in 2018 after exposing the Cambridge Analytica scandal, Cadwalladr’s work didn’t end there. The woman has been utterly abused and left behind by some significant figures (which only goes to show how good her work is as an investigative journalist), but she’s persevered through it all. She’s courageously fought many of these major figures in court and co-founded The Citizens, a media outlet focusing on the ability to maintain independent journalism and free speech. I am in awe of Cadwalladr’s investigative ability and her unwavering resilience to improve journalists’ rights. – Elle Farrell-Kingsley 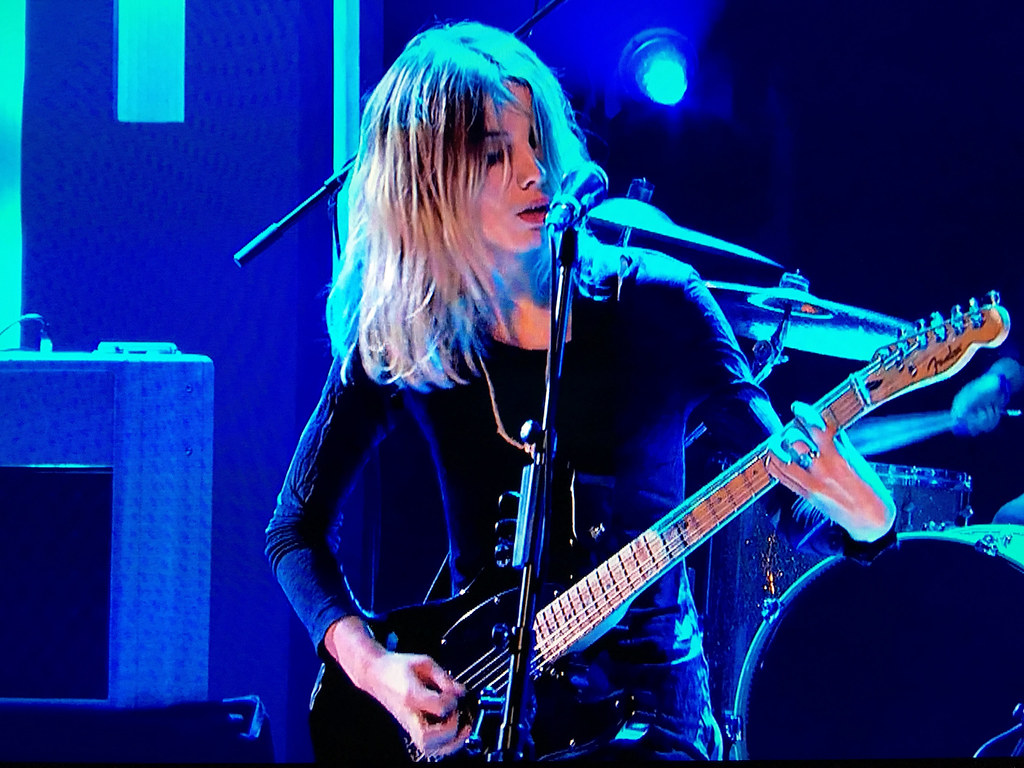 Wolf Alice are one of Britain’s hottest bands right now, with an album that debuted at number 1 and a Brit Award to show for it. The lead? Ellie Rowsell: a divine singer and fiercely honest songwriter who has paved the way for other young women in the music industry despite sexism and anxiety. She’s spoken out about her battles as a woman in an industry geared towards men, inspiring millions of others to be true to themselves, whatever the cost. She also proved that women can create fierce, immaculate rock music given a chance. – Faith Martin

I know I chose Beyonce, but I couldn’t let the opportunity to praise my mother pass. My mother has been my biggest champion since the day I was born, and the support from her has never wained. She is resilient and enduring. With the amount she has overcome yet, she still manages to smile, comfort, and support is beyond admirable. She taught me to believe in myself and trust in my thoughts and feelings. She has never once told me I need to shrink myself or my ideas to fit in with those around me because she never did despite the amount of adversity she has faced. In fact, she practically encourages me to raise a little hell wherever I go. In some twisted, alternate universe, I’m sure that another version of myself has a different Evelyn, but I bet you anything she is nowhere near as happy. – Saskia Calliste 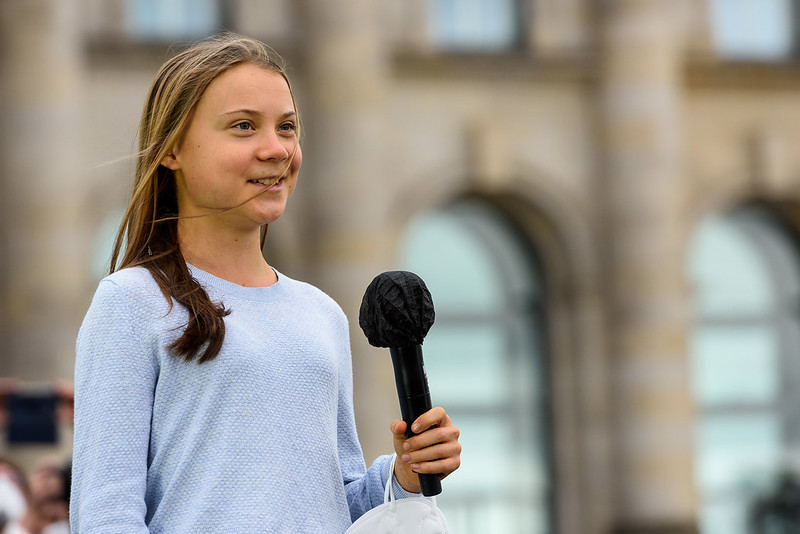 I am in awe of the young women leading the climate action movement today. Check any photo of young climate activists - young women are likely to be at the forefront. While Greta is famous for starting the school strikes and challenging world leaders, many others have fought for awareness and action in their countries and beyond. Vanessa Nakate started out by leading a youth strike in Uganda and now takes the stand for poorer countries at Davos, the World Economic Forum. Dominika Lasota challenges her government and runs Fridays for Future across Poland. Mitzi Tan is active in the Philippines, fighting for a safer, greener future, helping to set up MockCOP26 for youth campaigners in 2021 and arguing that climate change causes the hurricanes which devastated the Philippines recently. I hope the future is in your hands, Greta, Vanessa, Dominika and Mitzi, and so many more. - Diana Walton 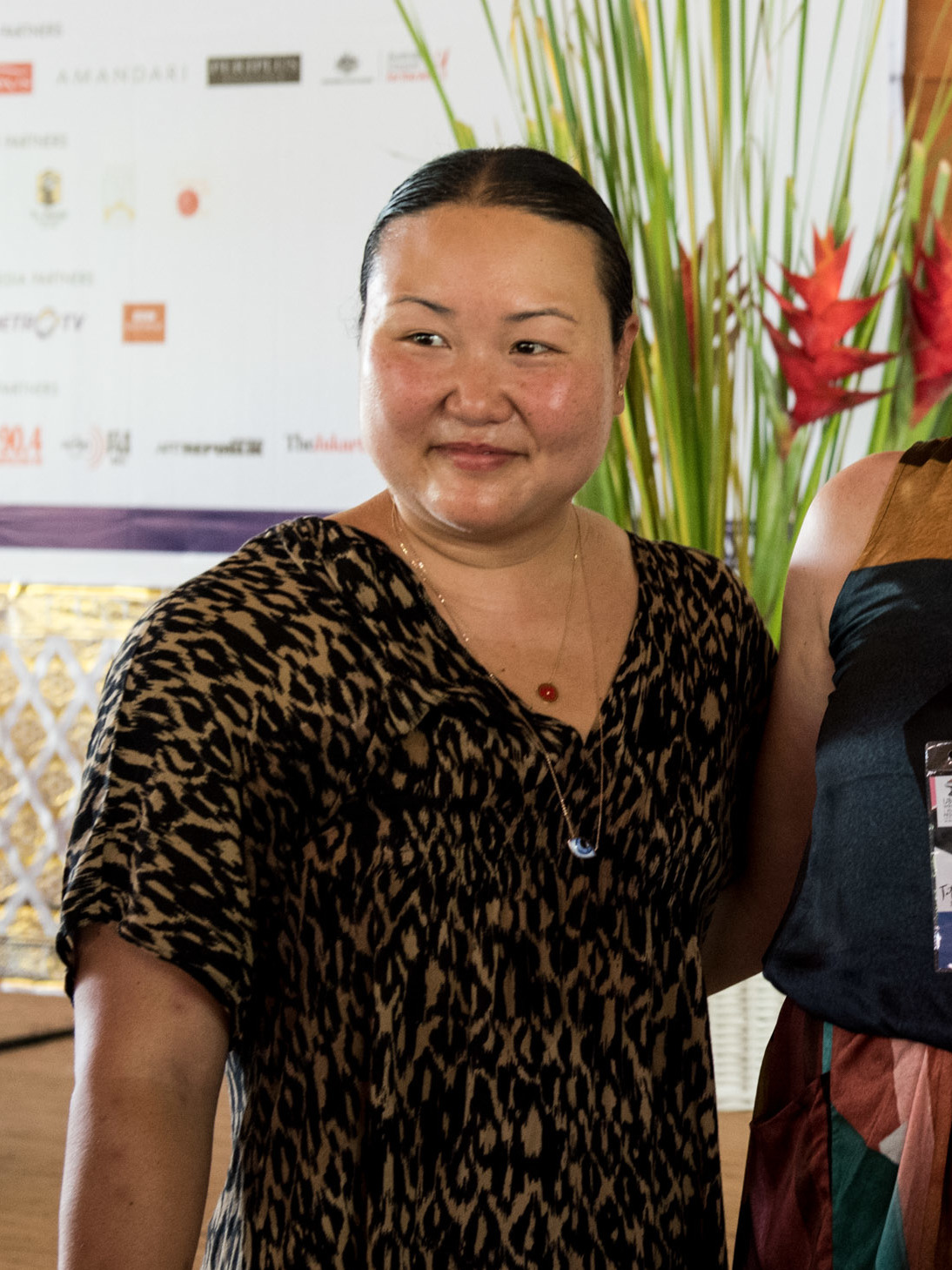 As well as being the Editor in Chief for the New York Times Style Magazine, Yanagihara is also one of the sharpest authors being published today. Her Booker-prize shortlisted novel A Little Life has made waves across the world for its unapologetic and extremely dark subject matter (please look up trigger warnings if you’re considering reading it!). Her work is transforming ideas and expectations around what it means to be a ‘female author’. I’ve been lucky enough to meet her in person at a book signing of her latest novel, To Paradise, so I can confirm that she is a lovely person as well as being an inspirational do-it-all career woman. – Claire Jenns 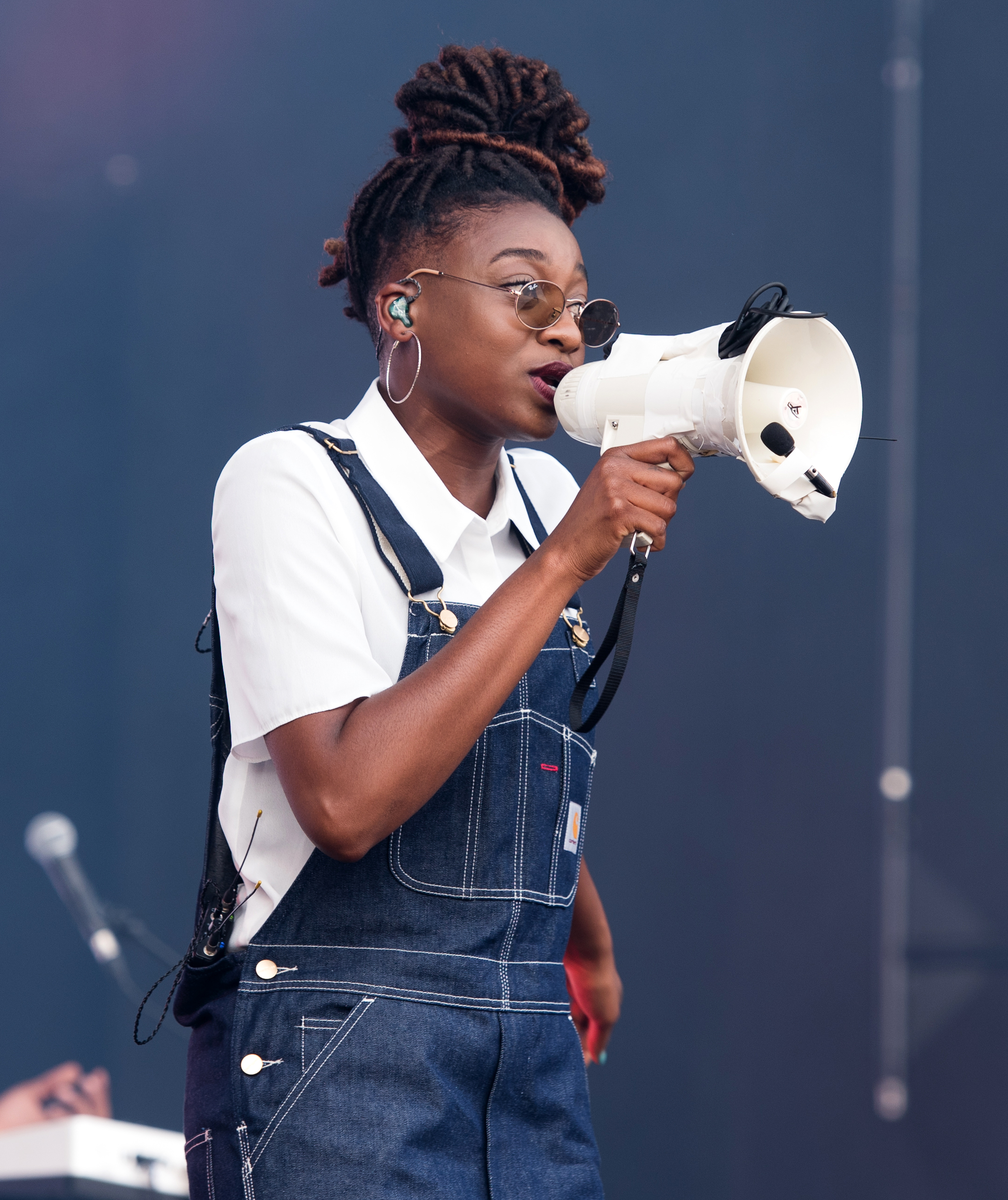 Simbiatu Ajikawo, better known as Little Simz, is absolutely one of the most inspirational women to me. Not only has she achieved the formidable by breaking into the male-dominated UK grime scene, but she has conquered it and made it hers. More notably, she hasn’t sacrificed her identity or femininity along the way; she embraces it, weaving it heavily into her music and also embracing her Yoruba heritage. Her music empowers me, reminds me of my worth, and comforts me through the arms of relatability. Being entirely self-made through hard work and perseverance, Simz inspires those who do not come from a position of privilege, reminding us that anything is possible. I owe huge thanks to Simbi for allowing me to embrace and celebrate my gender identity and for raising others in the process. “Woman to woman, I just want to see you glow”. – Lucy Evans 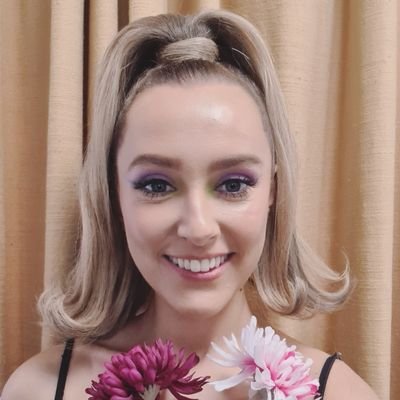 Rose Ayling-Ellis is a British actress who was born deaf. After appearing on EastEnders, she captured the nation's hearts on Strictly Come Dancing as the first deaf contestant. She wowed the judges with her flawless performances and went on to win the series, all while encouraging the use of sign language and even performing with no music to give the audience an insight into her life. Rose is a fearless advocate for the deaf community. She is an inspiration to so many young people, especially those just like her. She has used her success and platform to show that her disability is a strength and to inspire others to go after their dreams. – Lauren Johnson 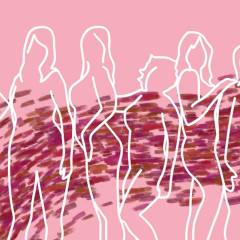 The women who inspire us

A collaborative piece celebrating the women who inspire us the most.