Through the medium of drawing, James Pyman investigates how identity is defined by circumstance, geography and popular culture.

He presents his work within both historical and contemporary frameworks, often in relation to genre fiction, children's illustration and other graphic and narrative forms. This compendium of childlike interests and adolescent pursuits is used as a vocabulary to communicate the complexity of society. Personal influences are taken from their initial source and set in other eras and locations. In this way the work connects autobiography with contemporary socio-political and cultural occurrences.

At the heart of James Pyman's artwork is an investigation of how identity is defined by circumstance, geography and popular culture. His primary medium is drawing, which he presents within both historical and contemporary frameworks, often in relation to comic strips, children's illustration and other genre narrative forms. This compendium of childhood interests and adolescent pursuits is used as a vocabulary to communicate complex social ideas in the adult world. Personal influences are displaced from their initial source and set in other eras and locations. In this way the work connects autobiography with moments in contemporary society that have particular resonance for the artist.

Pyman's work evolves as a free-associative thread of personal and cultural connection, representing remembered biographical moments, socio-political events and pop-cultural phenomena. For example, The Owl in Daylight (2013) is derived from an image that Pyman found on the Internet when researching the unfinished final novel of this name by American science fiction writer Philip K Dick. One of Pyman's latest drawings, When I Get Home (2017) is from a music magazine photograph of a Beatles single on acetate. Other drawings are part of an ongoing series that form a visual biography of post-war American cartoonist Wally Wood that comprise transcriptions of Wood's drawings in addition to photographs of the artist, his contemporaries and studio sites.

Each work is a self-contained moment rather than part of a series of images, but they are variously combined to spark new narrative readings in different exhibition contexts. Visual material is sourced from found images, press agency photographs, drawings from comic books or self-generated photographs and sketches, and these elements are combined to produce a hybrid image. The title of the exhibition, Trespass, refers to the work 15150 Parthenia St. (2014), in which a notice that states 'NO TRESPASSING' is depicted, and for Pyman is also a reference to the idea of the migration of image and meaning through the artist's personally constructed lexicon.

For the last 20 years Pyman has exhibited widely and produced numerous artists books. Publications include Wilf – A Life In Pictures (Norwich Gallery, 2005), Dracula (Four Corners Books, 2008) and The Adventures of Lionel – The Book of Hours in Esopus Magazine No. 12 (2009). Recent exhibitions include Project (Maureen Paley, 2014), Imprint 93 (Whitechapel Gallery, 2016) and The Upper Mill (2012-2016), a large-scale sculptural commission for The Hepworth, Wakefield. James Pyman is represented by Maureen Paley, London. 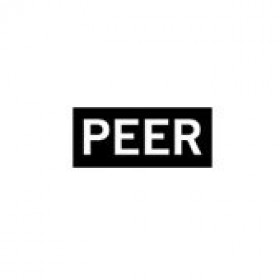 PEER was established in 1999 as an independent arts organisation to commission imaginative and ambitious arts projects by international and local artists in the heart of east London. PEER’s distinctive programme combines gallery-based activities with projects in the public realm and educational and community activities and events. As an artist and outreach-focussed organisation, it encourages risk-taking and innovation, presenting art in its dedicated gallery space on Hoxton Street and at various locations in the vicinity, including the new public realm area outside, vacant buildings, the street, the canal towpath and public parks in Hackney. 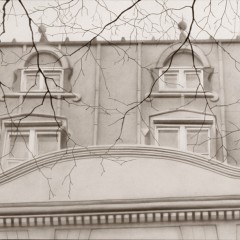 Through the medium of drawing, James Pyman investigates how identity is defined by circumstance, geography and popular culture.