Obsession follows Ivy (Kate Marston), a young woman whose Obsessive Compulsive Disorder is spiralling out of control. As her relationship with her boyfriend Sean (Chris Royle) begins to deteriorate, the play interrogates ideas of compromise and control, asking its audience to evaluate what constitutes dysfunctional behaviour and when habitual tendencies become obsessive. Darkly funny and deftly sensitive, Obsession considers how we manage mental health issues in those we most love, and contributes to the contemporary demand for critical conversations around mental health.

“Don’t misunderstand – I’m not saying you’re selfish, I’m saying the illness is selfish.  It demands a standard of perfection that I can’t reach.  No one could ever reach it.”

Kate Marston (Coriolanus, The Rose Playhouse) portrays Ivy in this inaugural production of her writing, opposite Chris Royle (Coriolanus, The Rose Playhouse; World Mad, Soho Theatre), Sophia Winters (Waking the Dead) and Chris Udoh (Cage, Southwark Playhouse). Hannah Sands directs, whose professional credits include No Matter Where I Go as Director (Arcola Theatre), and After the Ball (The Gatehouse Upstairs) and Dear Brutus (Southwark Playhouse) as Assistant Director. The latter received favourable reviews in national broadsheets, including four stars from Paul Taylor at The Independent. Sarah Mercade, graduate of Wimbledon College of Art and Bristol Old Vic Theatre School, is Designer, alongside Robert Parritt as Lighting Designer. 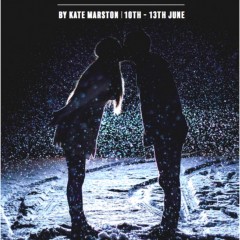