Homelessness can affect anyone, and it’s important to remember that there are many facets to being homeless. We often associate homelessness with those we see rough sleeping on the street. Although this group of homeless people are in dire need of help, support and care, rough sleeping is not the only kind of homelessness plaguing the world today.

“It’s estimated that about 2 per cent of the world’s population is homeless. 2 per cent — it doesn’t sound like much, but when you do the math, that’s nearly 154 million people living on the street, in temporary dwellings, at refugee camps, and in other transitory and often dangerous conditions.” – newstorycharity.org

“For the last five years’ core homelessness has been rising year on year in England, reaching a peak just before the pandemic when the numbers of homeless households jumped from 207,600 in 2018 to over 219,000 at the end of 2019.” – crisis.org

As you can see, the issue is increasing more and more every year, and with the effects of Covid-19, the demand for housing is greater than ever. We at Voice believe that such a prevalent issue deserves more than just a day of awareness-raising, so we will champion the stories of the homeless, the struggles they face and share interviews with the professionals who help, all week long from a youth perspective.

Homelessness is not an issue only to be raised on a day like today, and we at Voice understand this. So, take a look at some of our previous coverage in our Homelessness Voicebox that explores the effects of being homeless.

What can I do to help?

If you’re looking for ways to help the homeless in your area and beyond, have a look at some of the major homeless charities. From donating to volunteering, giving up a room or campaigning, there is plenty that can be done to aid those who need it most. 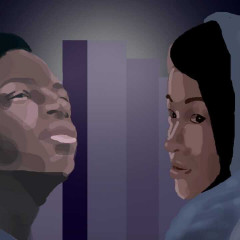