Read on to find out about an incredible Black British grassroots activist...

Olive Elaine Morris was born in Jamaica in 1952 and moved to London with her family when she was nine. As part of the Windrush generation, her parents emigrated to England. Olive, along with her brother Basil, joined them when she was nine years old. She lived in South London for most of her life and organised for the black community and feminist causes, leaving an extraordinary legacy of community activism. Olive dedicated her life to the struggle for liberation, democracy and socialism.

On 15 November 1969, when she was just 16, she became involved in an incident with police; they had tried to arrest a diplomat from Nigeria, who had parked his Mercedes on Atlantic Road in Brixton to buy some records. The Nigerian diplomat was called Clement Gomwalk and was confronted by police while parked outside "Desmond's Hip City", the first Black record shop in Brixton. The situation with the police escalated after the crowd began to confront them about their brutal treatment of Gomwalk. Olive did not state how she got involved but does state that she was brutally beaten, alongside six other people. Morris recalled her friend being dragged by police into the record store, shouting "I've done nothing".  She was also fined £10 and given a three-month suspended sentence for two years. While in custody, she claimed she was stripped and threatened with rape by London police.

In the early 1970s Morris became a member of the youth section of the British Black Panther movement, along with others such as Linton Kwesi Johnson and Clovis Reid. In 1973, Morris formed the Brixton Black Women’s Group (BBWG), where she and other members rallied to critically explore the experience of women in the Black Panther Party. The purpose of the group was to raise consciousness of these women so they could talk about their daily lives and then put this understanding into a political framework. The Brixton Black Women's Group pushed for more transparency and unity in their community. Eventually, the group dissolved and transformed into numerous specific groups that were focused on increasing the awareness of the Black struggle.

Olive was central to the squatters’ campaign of the 1970s: according to writer Robin Bunce, Director of Political studies at  Homerton College Cambridge, Olive was a woman who turned squatting into an art form. In honour of that skill set, Olive is photographed scaling the wall of a house on the front cover of the Squatters’ Handbook. She squatted at 121 Railton Road, Brixton, with her friend Liz Obi in 1973 to establish self-help community spaces. This squat became a hub of political activism and hosted community groups such as Black People against State Harassment. The building was also the site of the Sabarr Bookshop, one of the first Black community bookshops and the first black self-help community bookshop in South London. This was set up by Olive and a larger group of Black men and women in Brixton. The site subsequently became an anarchist project, known as the 121 Centre, which existed until its eviction in 1999.

She took a degree in social sciences at Manchester University and became involved in community groups in Moss Side, and was an active member of the Manchester Black Women’s Cooperative. In 1978, she co-founded the Organisation of Women of Asian and African Descent (OWAAD). OWAAD held its first conference at the Abeng centre on Gresham Road in Brixton and conducted conferences and political actions. One of their protests involved a sit-in at Heathrow Airport to protest virginity tests being carried out on Asian female immigrants to test their residency and marriage claims.

Olive became ill during a trip to Spain in 1978. On her return to London, she was diagnosed with non-Hodgkin’s lymphoma and underwent unsuccessful treatment. She died on 12 July 1979, aged 27. Despite her premature death, Olive’s work is remarkable and her determination to join the struggle against capitalism, sexism and racism is inspiring. If you’re interested in learning more, click here to visit the online Google Arts and Culture exhibition about Olive Morris’ life. 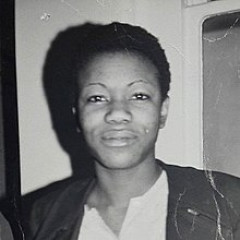 Who was Olive Morris?

Read on to find out about an incredible Black British grassroots activist...