Ageism is a type of discrimination that’s not as known as some of its other familiar discriminations, despite being one of the most pervasive and brushed-off of them all – and young people feel the burden of ageism the most.

Typical national media outlets haven’t gone completely silent about ageism. For example, in 2018, The Guardian published a piece titled “The ugly truth about ageism: it's a prejudice targeting our future selves” – but the piece really only focused on older people, our elders, as the main victims of it. There was no exploration of young people’s experience, which is strange given that youth-targeted agism is, ultimately, a prejudice that targets past selves. It’s almost as though in some cases adults forget that they used to be children; that they also used to be young people. It’s all about putting it into perspective and really taking the time to comprehend the situation head-on. What’s the sense in discriminating against young people when you used to be one yourself?

As a youth activist and a Member of Youth Parliament, I have had my fair share of older people – sometimes not even by more than a decade – say that my voice isn’t as valid as their voice, just because I may be younger than them, and haven’t “experienced as much as them”. Also, media corporations don’t help the cause with the constant portrayal of young people – every single young person – being labelled as savages, law-breakers, drug dealers, alcohol consumers and rebellious. This opinion piece by Amanda Owen in The Times, titled “Today's Children Can't Look After Themselves” suggests that young people today are snowflakes and dismisses a whole generation based on their alleged inability to be able to do anything. But, to claim today’s children and young people cannot look after themselves is completely and utterly without basis. There are so many inspirational young people across the country that I have had the absolute pleasure and honour to meet, and hear their stories of the challenges that they have had to overcome – more so than ever during the Coronavirus pandemic. What’s common amongst them is how well they have been able to bounce back and grow from these challenges, discrediting any adult who, like Amanda Owen, decides to discriminate against an entire generation. Rather than complain, if you feel that young people are lacking key skills, why not actually do something, and empower them to develop those skills.

Calling out ageism should be as important as calling out any other injustice. Young people shouldn’t have to feel the burden of being put down simply because of their age, and I strongly believe with all of my heart that some young people will go through so much more in a short space of time than some adults will in their entire lives – simply because of the circumstances that they face, the challenges they overcome, the barriers they break down. Their value and their experiences aren’t just based on how long they have been on this earth.

Young people have grappled and taken on some of today’s hottest issues – quite literally in the case of the climate crisis. Once the school strikes began, once young people took matters into their own hands, only then did everyone else pick up the mantle to carry on the cause. But we should never forget that the impetus for change stemmed from young people – young people being educated about this crisis (sometimes educating themselves) and actually doing something about it, rather than sitting in a room, debating, talking, debating, talking, in an ongoing cycle in which no actual, real actions will ever be accomplished.

Ageism is even rife in schools – an environment that should, theoretically, be a welcoming place for young people. But, The Equality Act 2010,  which aims to protect protected characteristics from being discriminated against, has exceptions to it, such as students not being protected from age discrimination at school. The shortfalls of the Act means that school can be an environment where pupils are treated without respect because they’re ‘kids’ and the teachers are ‘adults’, and allows the hypocrisy of teachers expecting respect from the pupils, but teachers possibly never showing respect to their pupils.

Young people deserve exactly the same respect as an adult, so discriminating against them because of their age is no longer a viable excuse – and it never should have been from the beginning. We need to start calling it out actively and work together to be there for every young person, offering any opportunities they need to grow up to become mature and confident members of society, not denigrating them to being less of a person simply due to their age. 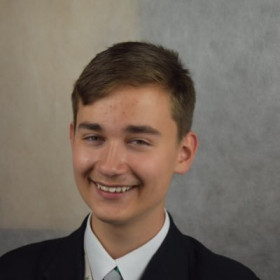 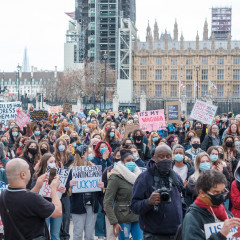 Ageism is a type of discrimination that’s not as known as some of its other familiar discriminations, despite being one of the most pervasive and brushed-off of them all – and young people feel the burden of ageism the most.