We’re back yet again with our picks for new music from the past week, give these a listen and let us know what you think!

After a long wait for his most recent record DONDA, Kanye West has finally released a lengthy album full of twists and turns that is maybe his most cohesive since My Beautiful Dark Twisted Fantasy. Hurricane is one of the album’s most popular tracks, and rightly so, as West is joined by rapper Lil Baby and The Weeknd in a grandiose and sonically dense piece. Although the beats are heavy, there is enough space for The Weeknd’s sublime vocals to have breathing room. Lil Baby’s verse is one of the best of his career so far, showcasing why he is looked at as a future star of hip-hop. Kanye himself seemed slightly lackluster to begin with, his simplistic lines not really fitting the gravity of the song. However, as his lyrics developed it became clear that Kanye’s intentions were more abstract than expected, and not as blatant as usual. The attempt at progressing his own sound further is commendable, considering the artist's already meteoric success. Love him or hate him, Kanye West is without a doubt a figurehead of hip-hop, and tracks like this demonstrate why.

Perhaps one of the most exciting recent talents to come out of the UK’s grime scene is Headie One, who has had a large amount of success over the past few years with records such as EDNA and GANG. The track is less house influenced than his past sounds, but still goes hard. It looks more towards a classic punchy grime beat that doesn’t change the formula too much. Headie One’s lyrical ability is put on more of a pedestal and he doesn’t fail to deliver, with lines that are as relatable as they are funny and substantial. In a rhyming scheme sense, he switches up melodies often enough to keep interest without being overly complex. There’s a memorable refrain that repeats throughout, although at first seemingly inconsequential, it is by the end left ingrained, partly down to inventively relating street life to football teams, and the heavy referencing of hip-hop stalwarts within the lyrical content.

One of the heavier tracks that has been released in the past week, BLACKOUT is a hard rock highlight off of Turnstile’s newest record, GLOW ON. The album itself is the best that the band have produced, and really demonstrates their evolution as a group, whilst still staying true to their initial influences. BLACKOUT in particular is a heavy, hardcore tinged anthem that is as accessible as it is intense, adding a grunge flavour to the otherwise mosh-inducing riffs. Production on the song is crisp and punchy, vocalist Brendan Yates’ high octane percussive chanting is sure to get anyone bouncing. The song is abrasive but never overwhelming, adding flavour consistently with noisy guitar layers and a cheeky cowbell appearance. The track finally amounts to a conclusive breakdown at the end that is truly crushing, a nod to the band’s hardcore beginnings, and a welcome end to a blistering experience.

Courtney Barnett - I’ll Be Your Mirror

Australian singer-songwriter Courtney Barnett returns in a calmer fashion with her newest track, a cover of The Velvet Underground’s I’ll Be Your Mirror. The track is a reserved, acoustic affair that demonstrates a softer side of Barnett’s usual punk characteristics – a welcome change of pace. However, that is not to say that the track is not just as clever and tongue in cheek as her past work. Lyrically, the track matches her renowned cheekiness as The Velvet Underground similarly utilised unconventional metaphor around every corner. It is accompanied by a simple guitar that is intricate enough as to be pertinent but not distracting from the song’s overall subtlety. The track is relaxed and warm, and is definitely worth a listen for those who are looking for a softer, more reserved folk track.

In yet another release off of the back of the recent Gorillaz EP Song Machine, Damon Albarn has released another few tracks, compiled into their Meanwhile EP. A standout track from this record is Jimmy Jimmy, where Albarn is joined by grime rapper AJ Tracey, who subverts expectations by performing in a much more restrained fashion than usual. Tracey is known to instigate hype, however his reciting in a more poetic and introspective fashion on this song is a welcome surprise. With the addition of Albarn’s predictable crooning in the chorus, the track is pleasant, yet feels somewhat skeletal. There is an element of caution that is inescapable, leaving a longing for Gorillaz to take more risks with their output – else it may become stale.
Header Image Credit: "Kanye West - Øyafestivalen 2011" by NRK P3 is licensed under CC BY-NC-SA 2.0 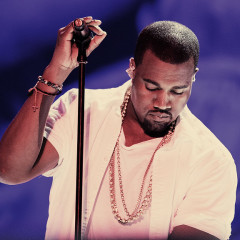 We’re back yet again with our picks for new music from the past week, give these a listen and let us know what you think!