Voice MagBlogsWhat’s on at the cla…

Highlights and updates of everything that’s going on in the classical music scene.

Since the pandemic began, the classical music industry has been trying to reincorporate and get back on track. As restrictions ease worldwide, things are slowly getting back to normal. And as they do, here are some of the most exciting things going on.

Under Warner Classics’ label, the Berlin Philharmonic orchestra will release a compilation of Mozart recordings from their catalogue. Featuring artists like Riccardo Mutti, Emmanuel Pahud, Sabine Meyer, Daniel Barenboim and David Oistrakh, the album will be released on August 31.

Tomorrow is a single released on August 6 as a collaboration between violinist Esther Abrami and pianist Annelie.

On June 25, Deutsche Grammophon released a live recording of Shostakovich’s Symphony 1, 14, 15, and Chamber Symphony in C minor, performed by the Boston Symphony Orchestra and conducted by Andris Nelsons as part of a cycle of interpretations of all Dimitri Shostakovich’s 15 symphonies.

Set to be released on September this year, A Piazzolla Trilogy features the strings version of three works from Astor Piazzolla’s repertoire: “Cuatro Estaciones Porteñas”, “Tango Études for Flute or Violin Solo” and “Histoire du Tango” performed by violinist Karen Gomyo as a soloist, and accompanied by the Orchestre National Des Pays de la Loire and guitarist Stephanie Jones.

From September 2021 to May 2022, the LPO will open its next concert season at the Royal Festival Hall. The program includes: Tippett’s “The Midsummer Marriage”, and Berlioz’ “Symphonie Fantastique” under the conducting of Edward Gardner, and Shostakovich’s Symphony no. 10 and Sibelius’ no. 5 conducted by Karina Canellakis.

Save the date! On November 7, at Barbican Hall, the LSO will offer a concert, especially for families. Suitable for audiences from 7 to 12 years old, the dynamic of the concert will feature music based on a theme and will be a chance for everyone to get involved, have fun and learn.

From 8 to 23 October, the Oxford Lieder Festival will host the world’s greatest singers and pianists to celebrate the song. The festival will offer an estimated 50 concerts, workshops, talks and masterclasses, and will be available for online streaming as well as in-person attendance.

The world’s largest classical music event that began back in July 30 and ends on September 1, has many upcoming, very exciting concerts. The listing includes Vivaldi’s four Seasons with Joshua Bell, “Bartók Roots” with Patricia Kopatchinskaja, Wagner’s Tristan & Isolda with Robin Ticciati. It will also host some of the best ensembles out there, like the BBC Scottish Symphony Orchestra, the Academy of St Martin in the Fields, the Chineke! Orchestra (Britain’s only majority Black and ethnically diverse orchestra), and many more.

Note: Visit the websites for each event to find information about tickets, booking and COVID 19 guidelines. 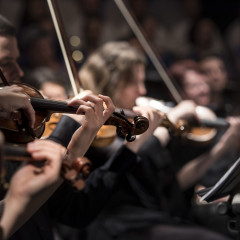 What’s on at the classical music scene

Highlights and updates of everything that’s going on in the classical music scene.