South America is a culturally rich continent. In this post, I’ll focus on its literary tradition and most iconic authors.

South American literature has a long history that developed as the continent did. From the colonial and conquest period (16th century) to the present day, the literary tradition in South America is the patrimony of a culturally diverse and abundant continent

Argentine literature is one of the most prolific and diverse in the Spanish language. Its origins take back to the 1500’s, where historians believe it was inspired by indigenous oral poetry (mainly from tribes like the Diaguitas).

Since the 19th century, Argentine literature reflects on the political, historical and social situation of the country. Even in fiction stories, the Argentine idiosyncrasy is always present in almost every narrative. The most famous example is Martín Fierro, by José Hernández, that narrates the life of the gaucho Martín Fierro as an icon of freedom and life as an outlaw in the Argentine Pampas during the late 19th century.

As an Argentine myself and an avid reader, I’d recommend: Julio Cortázar, Jorge Luis Borges, and the poets Alfonsina Storni and Alejandra Pizarnik.

Written in Portuguese (viewed by many as a romance language), Brazilian literature is considered to be born in the journals of the explorers that arrived to the country around the 16th century.

Although the main subjects explored have changed with time, contemporary works focus mostly on daily life, politics and loneliness.

Some major names in Brazilian literature are José Mauro de Vasconcelos, Vinicius de Moraes (he’s also a musician, he has composed the lyrics for many amazing bossa nova pieces) and Jorge Amado.

Uruguayan literature has a long and dynamic history, with a strong bond with South American history and feminism.

Its works are often tinged with a little nostalgia, and some of them are very engaged with the political and historical situation of the whole South American continent.

Uruguay has a large number of iconic works and authors such as Mario Benedetti, Juana de Ibarbourou and Juan Carlos Onetti.

With two nobel prizes and a large tradition, Chilean literature was born during the conquest and colonial times.

From the first part of the 20th century the Chilean poetry scene emerged renewed, influenced by the Avant-Garde movement, with major exponents like Gabriela Mistral and Pablo Neruda (both nobel prize winners), and Vicente Huidobro (creator of the creationism movement).

Paraguayan literature is one of the most important in hispanoamerican literature. It’s often written in spanish but also in Guaraní: an indigenous language from northeastern Argentina, southeastern Bolivia,  southwestern Brazil and, of course, Paraguay. The fact that today we have literature written in this language, is culturally crucial to its conservation.

Some exponents of Paraguayan literature are Feliciano Alcaraz, Dora Cuña and Josefina Plá. 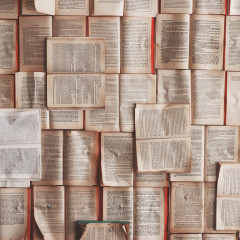 A focus on South American literature

South America is a culturally rich continent. In this post, I’ll focus on its literary tradition and most iconic authors.