As we settle into our second national lockdown, with businesses shut down and families estranged once more, cries of injustice grow in strength across the country. And one of the most vocal protestations is coming from the North – cries against the early lifting of the first lockdown, the unfair implementation of the second, and the lack of social support for its workers. It would appear that a London-centric approach has dominated Boris Johnson’s policies since the beginning of the crisis in March.

After 15 May’s national easing of lockdown, an immediate disparity of coronavirus cases was seen between various regions of the country. Many argue that the decision to ease measures was made purely with the south of England in mind. Public Health England statistics that show that 24% Covid-19 deaths in Greater Manchester occurred after the May 15th easing of the national lockdown, versus just 9% in London. Greater Manchester metro mayor Andy Burnham called this “a legacy of lockdown measures being lifted too early”. Indeed, the R rate remained high in the North all summer, even rising up to 1.1 in early August. The uncontained rates of the North came to head with the local lockdowns in September and continued with the Tier 2 or 3 statuses in October. Clearly there was never a time when the coronavirus was properly under control in the North, even as restrictions were slackened all through the hot months of summer when garden parties were held and holiday destinations visited. The only conclusion is that the rules were not aimed at this area of Britain.

Yet it was the reverse of this narrative which was seen in more recent weeks. Several of the North East areas, which had struggled for many months under increased restrictions, were finally bringing down their number of coronavirus cases. And the outcome of their hard work and restricted freedoms? Another lockdown. County Durham, for example, saw more cases between the 14 - 20 October than when lockdown was imposed on 5 November. A BBC interview with residents of North Norfolk on 2 November also highlighted how residents of areas with extremely low cases found the new lockdown unfair. At the time, the weekly figures across England were 202 cases per 100,000 people. Yet in north Norfolk, the rate was only 40.1 per 100,000 cases. Residents were crying out for an explanation as to why the system of local lockdowns had been abandoned when the situation still varied so greatly across regions. Indeed, at the time of the new lockdown’s implementation, London and the Midlands had a far greater rate of coronavirus cases than the North East. Arguably, it was the rise in these more southern areas which convinced Boris Johnson that a new lockdown was necessary, even though he was more than happy to allow local lockdowns to restrict the North earlier this year. Therefore, however necessary lockdown 2.0 may be for the country as a whole, we cannot forget the stark differences of the government’s approach to restrictions when the North East needed them compared to when London did.

And the unfair approach to restrictions is not the only injustice that the North East has suffered. The government’s “work from home” mantra has a bigger impact on these parts of the country. In an article in ‘The Guardian’, Bristol University professor Richard Harris and UCL professor James Cheshire drew attention to the fact that London has almost double the financial, insurance and ICT jobs than England as a whole, and that the North West, Yorkshire, and the Humber regions have many more manufacturing jobs than the capital. As a result, working from home is far less feasible in these areas. In addition, the furlough scheme has been highly criticised by leaders from these areas. Local mayors from Liverpool, Manchester and Tyneside put a letter to MPs about the limitations of government support schemes for their workers. They said, “Earlier this year, the government set its national furlough scheme at 80%. We can see no justifiable reason why the local furlough scheme should be set at 67%. To accept it would be to treat hospitality workers as second-class citizens, and we think that is wrong. Many of these workers have already faced severe hardship this year.” They also pointed out that the furlough payments would not be made until early December, leaving employees without an income for almost a month. This proves the lack of consideration for businesses and employees in these areas in the government’s plans.

So are Boris’ policies London-centric? Most likely. However, just because our current lockdown was made with southern biases doesn’t mean it was the wrong decision for the government to make. Yet it is certainly interesting to see how the country’s approach to coronavirus measures is being developed again and again without the unique circumstances of the North in mind.

If nothing else, the coronavirus pandemic is proving that the North-South divide is far from over. It is yet another example of the pandemic exposing the cracks in our society for all to see. 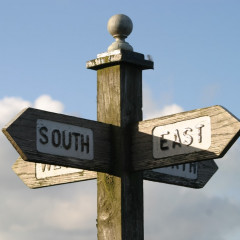