How are young people creating their very own language in Cameroon?

Young people in Cameroon are knee-deep in a linguistic void. They constitute over 60% of the population but incompetence in the official languages hinders their ability to partake in national discourse. They are tongue tied, associating neither with the predominantly francophone elites, nor the Pidgin English and 248 indigenous languages spoken by their older relatives.

Under 35s are particularly suffering from a national linguistic identity crisis. President Biya has maintained notorious electoral longevity since 1982, however, his bilingual language policies are failing to evoke national unity, as evidenced by the ongoing anglophone separatist crisis. Whilst  French and English are the official languages, – a by-product of the jostling political duels of the colonial era – only 11% of the population actually speak both fluently. For young Cameroonians, the standardised official languages seem divisive, neocolonial, and frankly, unrelatable.

Enter Camfranglais – the rising linguistic star galvanising a disaffected generation. Camfranglais is itself a portmanteau combining Camerounian, Francais and Anglais into one unifying catch-all conglomerate. It is a hybrid language that melds a melting pot of linguistic identities together – a fitting and malleable lingo for the pragmatic young wordsmiths that shape it. Originally, Camfranglais cropped up in 1970s urban fringe groups in the cities of Douala and Yaounde, but it is now widespread among young Cameroonians. Its users subversively mix indigenous languages and French and English together until knowledge of one language becomes insufficient to comprehend the youth talk of the town.

Camfranglais fills a gap. It’s a medium through which to share and pick through the detritus of unemployment, social exclusion and economic disparity that is pervasive among the urban youth. Vocabulary is particularly developed around conversation topics emblematic of youth identity: think money, jobs and sex. It also transcends social and economic boundaries; speakers vary from university students on campus to the most marginalised young people living in derelict urban quarters. The language reflects a shared sentiment of discontent. Its speakers might just have the gift of the gab when it comes to the country’s future.

In the noughties, provocative wordsmiths of the younger generation produced Camfranglas music to chronicle their economic marginalisation. Chart-topping artist Koppo’s most popular song Si tu vois ma go included the catchy chorus “tu bolo, tu bolo mais où sont les do?’ [you work and you work, but where is the money?]. Singer Lapiro de Mbanga was even imprisoned in 2009 for inciting hundreds of young people to riot through his anti-establishment Camfranglais tunes.

Yet more than a decade on and Camfranglais speakers have a new trusty tool of dissemination – the internet. Online forums are bringing together a generation of self-made, smartphone lexicographers swiping through potential neologisms with zeal. Microscopically metalinguistic, users collaborate on homemade dictionaries and debate lexical entries that are both idiosyncratic to their particular communities and universal to Cameroon. Camfranglais national solidarity groups have also sprung up on social media, excavating their own identity parameters and redefining what it means to ‘speak Cameroon’.

It is telling that a language developed on the country’s street corners and online social networks is eliciting more national solidarity than the bilingual language policies introduced to unite a divided nation. Camfranglais offers a practical make do and mend approach to national language identity; it resolves the need for both national intercommunication and fluctuating multilingual identity.

Of course, it is naive to predict that Camfranglais could – or even should – become an official language. Instead, let it be proof that Cameroon should learn to accommodate multilingual identities in national discourse. Camfranglais speakers certainly won’t be lost for words.

How are young people creating their very own language in Cameroon? 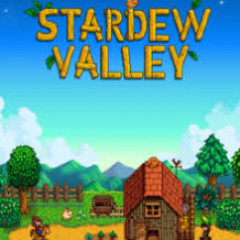