To introduce myself to my chosen topic, I looked at the wider pool of information and pre-existing arguments about the gender imbalance in the music industry, regardless of how closely linked they were to education and examination. Surprisingly or not, an overwhelming number of articles supported my initial belief. For example, an older investigation, done by the USC Annenberg School for Journalism and Communication in 2018, showed that 83.2% of artists were male and only 16.8% were female in 2017. In addition to this, only 2% of this study’s 651 producers were female. Another example reflects this, with research from the BBC revealing only 30 women were credited in the Official Chart Company’s 100 most popular songs of 2018, with the number of women in the UK charts remaining static for the past decade. Other articles followed this trend and, armed with this knowledge, I began to research gender representation in music exam graded material.

For my research, I collected all the Rockschool/RSL exam books (and ‘additional repertoire’ books) that I could find - excluding vocal grades, as they are split into male and female categories. From these 83 book covers, I discovered the following:

As a musician, the overwhelming message I saw from looking at these books was that they weren’t expecting women and girls to play typical “rock” instruments or, if we were, to get very far. Whilst I didn’t think that the gender representation would be completely equal – based on my initial opinion and experiences - I wasn’t expecting such an extreme difference in percentage for male and female representation on the book covers. However, what I was pleasantly surprised by was Music Production tying for having the most female representation, considering the lack of female producers in the music industry (as shown by the studies I looked at earlier).

Following this, I decided to reach out and collect a range of opinions. For my questionnaire I asked different generations if they thought male and female representation was equal in the music industry and in music exam textbooks, and to name a “typically female” instrument. Not a single person said they thought representation was equal, with a large percentage of people answering “piano” or “ukulele”. When shown the data I had collected regarding the Rockschool/RSL book covers, the majority said they weren’t surprised by the results. One parent answered: “If I had daughters, I’d be furious.” Overall, the questionnaire served to re-affirm my initial opinion that there is an imbalance in gender representation in music exam graded materials, reflected in others’ experiences too.

To conclude, I still believe that there is a gender imbalance in music exam graded materials and in the music industry as a whole. My research and interaction with others has managed not only to confirm my suspicions, but to reveal how wide-spread this opinion is. As a society it seems we are aware of this glaring issue, yet unable to change it – or so we think. I believe that if more people spoke out about topics such as these and appealed to exam boards such as Rockschool/RSL, we could start a change, however small, and begin moving towards a fairer, more balanced music industry.

And that change begins with showing girls that they can be musicians. 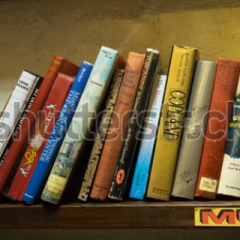 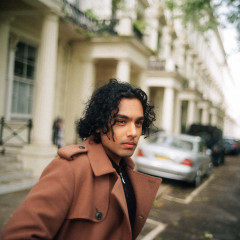