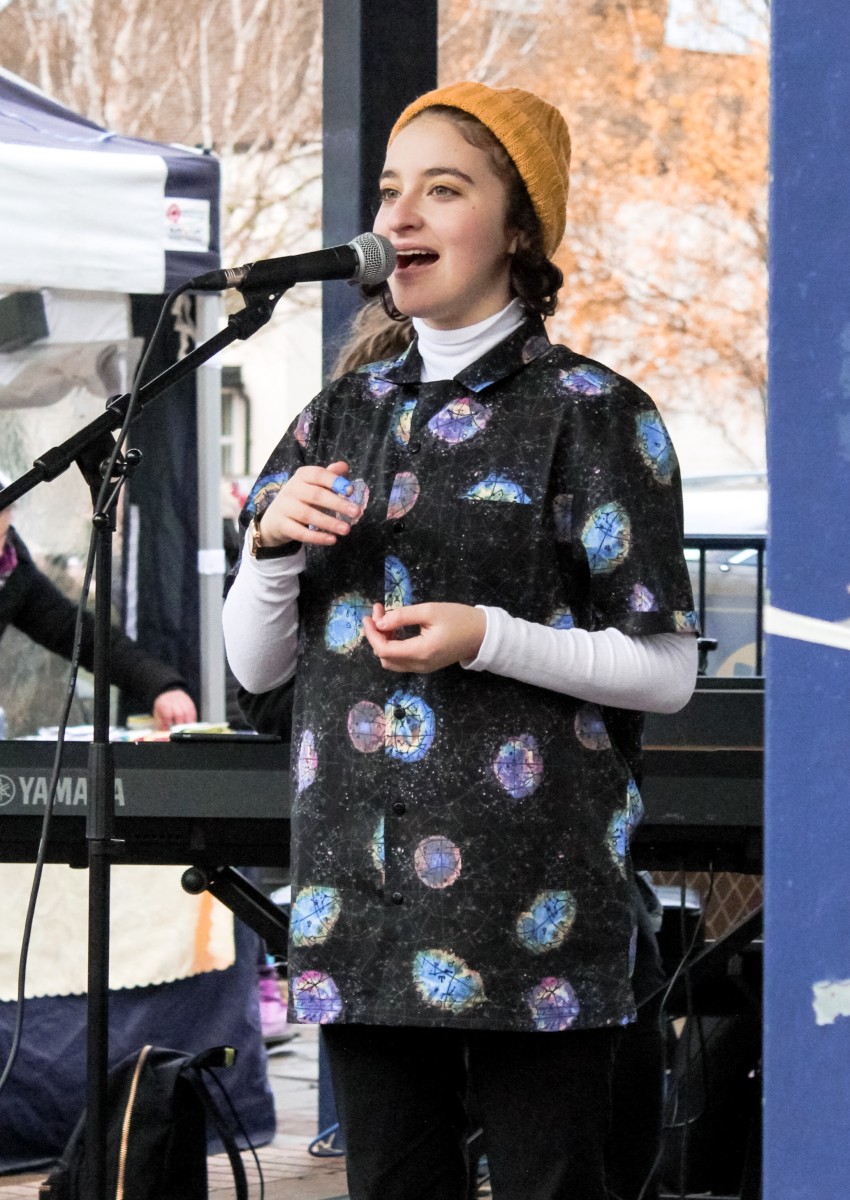 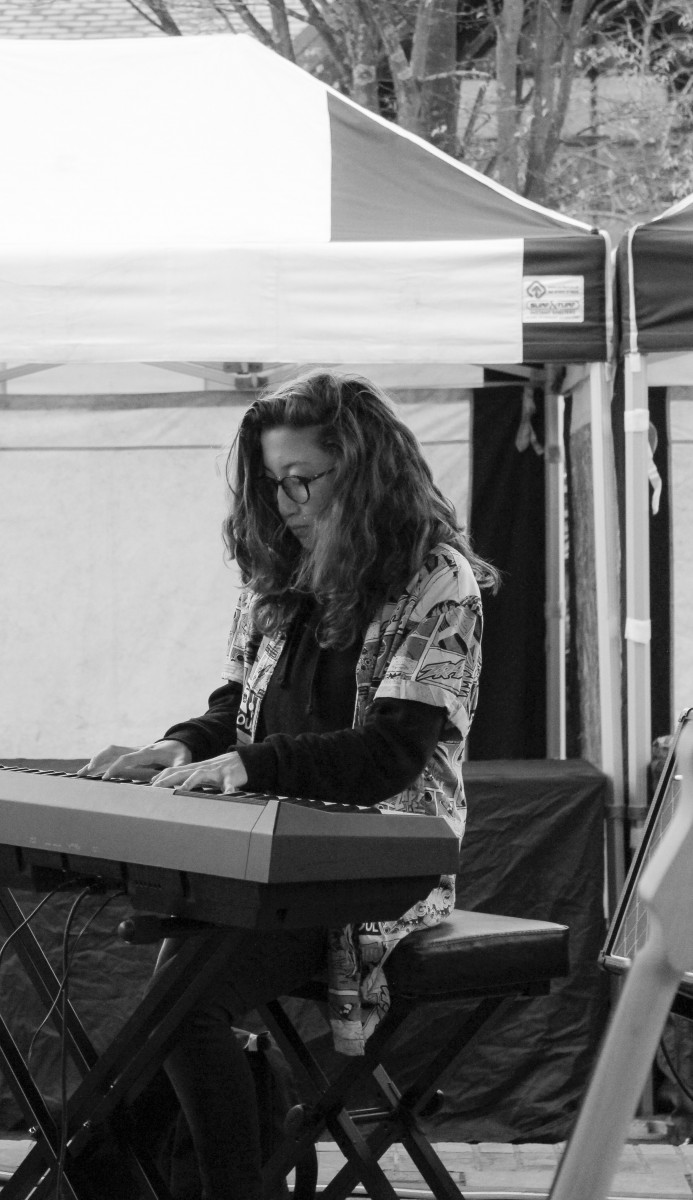 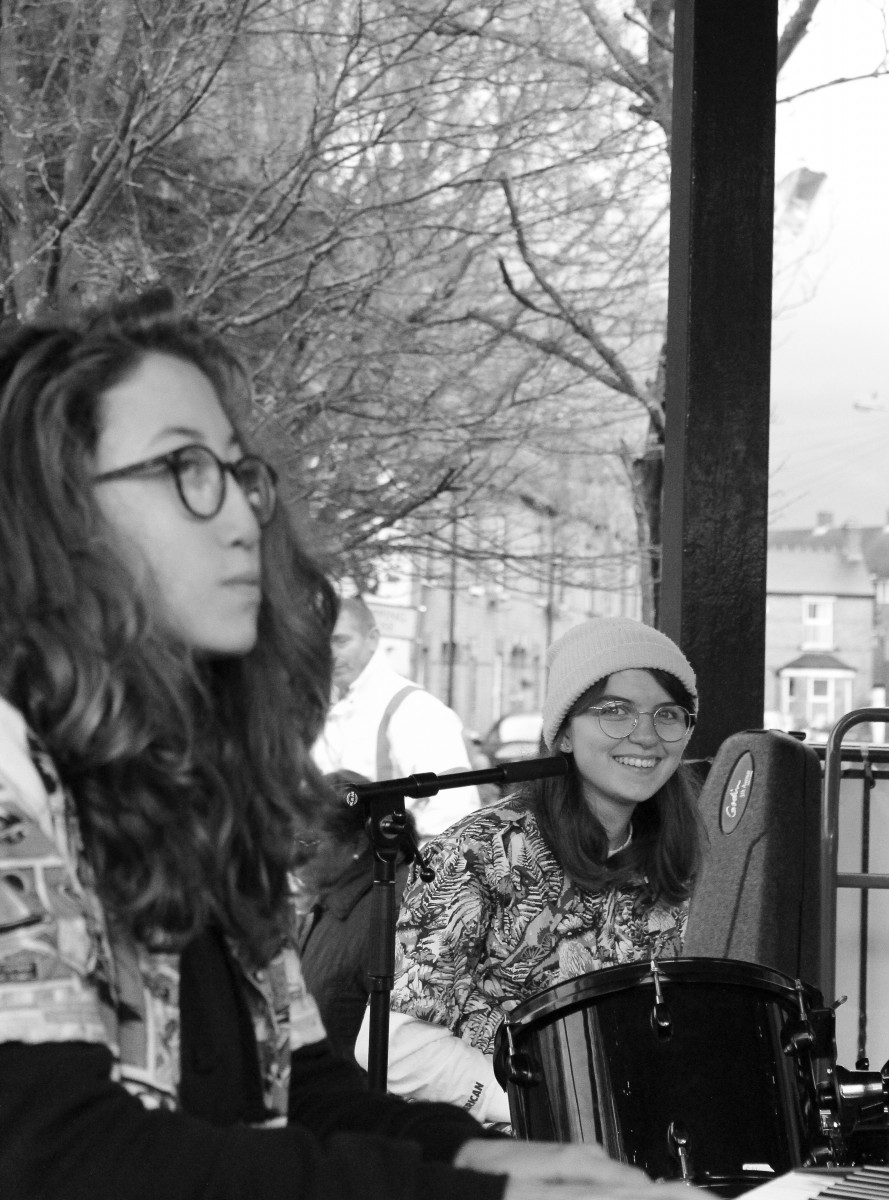 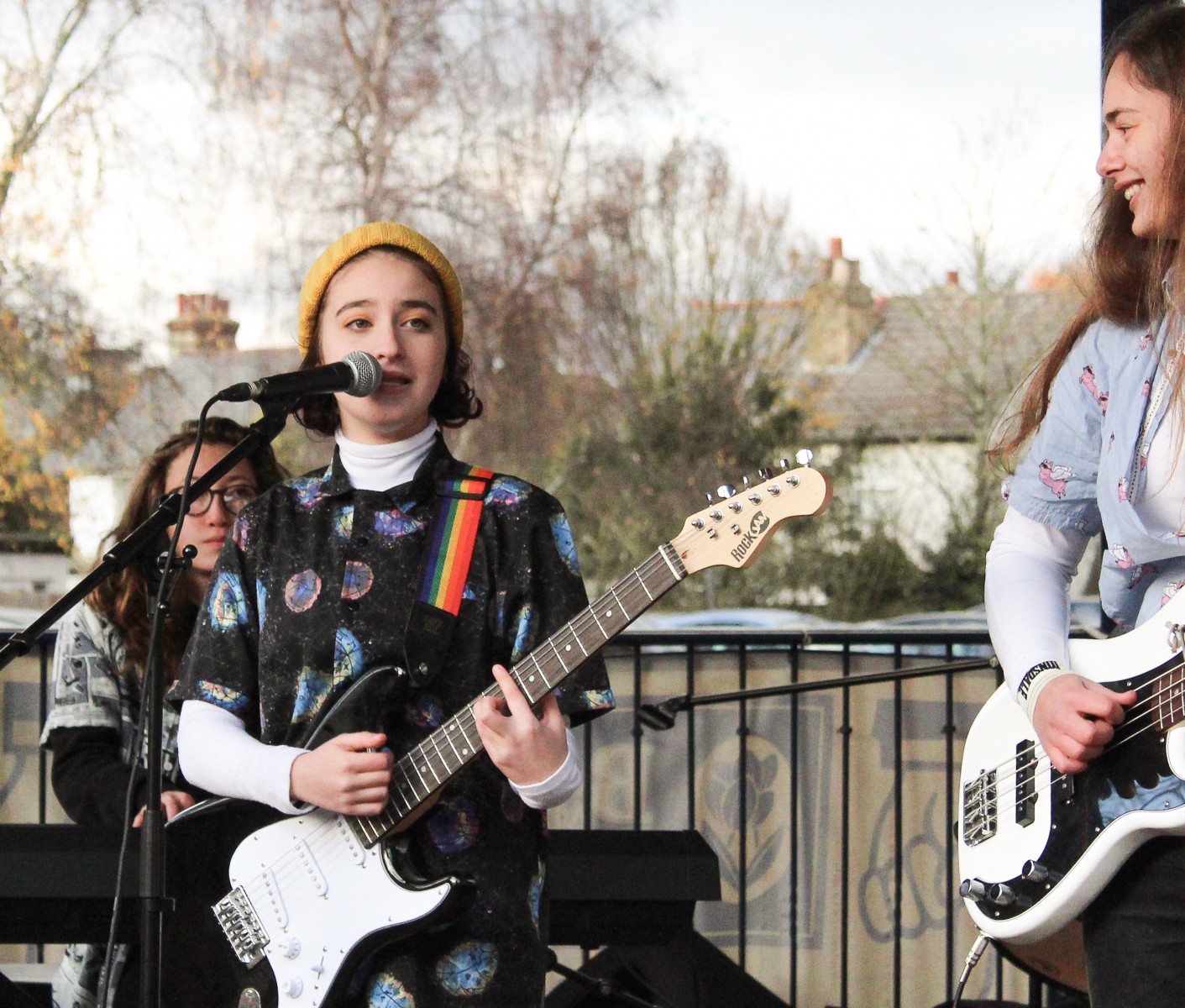 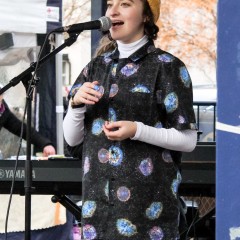 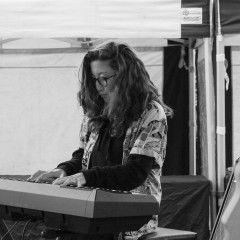 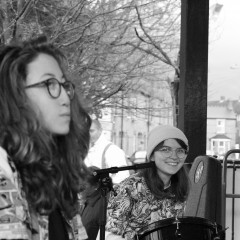 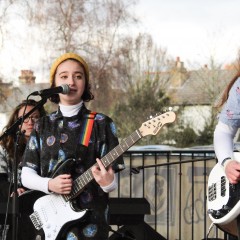 Even in 2020 there’s a shocking lack of all-female bands and even fewer all-female bands that also play instruments. However, Yellow District, a group of teenagers from London, are hoping to change that. We caught up with Charlotte, Hannah, Lauren and Matilda from Yellow District and had a chat about how alternative music has influenced them and what's to come from the band.

H: I’m Hannah and I play bass in Yellow District

L: I’m Lauren and I play piano for Yellow District

How would you describe your band in a couple of sentences?

C: We’re a group of best friends who adore playing music together. We all love pop-rock-alternative music and aspire to write songs that are something different but that we love and can make people happy!

L: Originally, we formed as a band for a school competition that never took place in the end but found in the process that we love making music together and have continued to do so ever since. As for music we play, you’d probably describe it as alt-pop/rock.

Was it hard to think of a name that you could all agree on?

C: Yes! We went through several names, all of which at least one of us didn’t like, but we finally settled on Yellow District. It did take us over a year though – hopefully we’ll stick with it, so we don’t have to go through it again!

L: YES. We’d been a band for about a year before we settled on Yellow District.

H: Yes, it took us over a year, we just couldn’t find a name that fit us perfectly. So, eventually we decided to go with ‘Yellow District’, which we all liked, and thought was unspecific enough that we could fill it with our own meaning.

M: We all agreed on the first name that we came up with, but it was so ridiculous, we had to change it eventually. It took us at least a year to come up with a new band name, so yes, it was hard!

Has music always been a significant part of your life from a young age?

C: Definitely - my parents say that I used to dance to music when I was in the womb! We used to listen to my parents’ old CDs all the time, and I can’t remember a time that I wasn’t singing. Then I started learning classical guitar when I was 7 and I’ve loved it ever since.

H: I’ve always loved music and I was lucky that my mum played percussion, so she introduced me to my first instruments (piano and French horn) and since then I’ve tried some others as well, like the bass.

L: Yes definitely! I started playing the clarinet when I was 7 and have loved that more traditional side of music ever since, as well as the alt-pop/rock that inspires the band. I started learning piano a bit later. I love that the band offers a different world of music from the classical side that I’m used to. So far, they haven’t let me play any clarinet in a song... can’t imagine why?

M: Definitely. I’ve been playing guitar since I was quite small, and my dad plays various instruments and used to be in a band himself.

Who/what are some of your musical influences? How have they helped to shape the band’s sound?

C: Unfortunately, it’s always been hard to find a band that we can relate to, simply due to the fact that there are so few female-only bands. However, I’d say our musical influences are most likely Panic! At the Disco or twenty one pilots; two very different, but equally talented groups, who are so different to other music these days. Also, The Faim, who really encouraged us to continue making music together when we met them and reminded us that every band, including them, started from nothing. I wouldn’t say the band has a ‘sound’ yet, especially since the few songs we’ve written have been very different from each other, but I hope we can take inspiration from those talented groups in the future.

H: The main genre we all like is alternative music, but because of the range of music that fits into the genre, we take inspiration from lots of different artists. Recently I’ve been listening to lots of The Wombats, so I think that’s definitely been affecting the bass parts of our music. However, two bands that we all have a shared love of and take a lot of influence from are Panic! At the Disco and twenty one pilots.

L: Personally, I tend to find a lot of inspiration for piano parts from The Faim – it’s really cool to hear a band with piano on a lot of their tracks, as well as almost all their acoustic performances, given that this isn’t very common nowadays. The music we play typically features quite a lot of electric guitar, so it’s rare to find a band of the same genre that use piano in a similar way.

M: Personally, twenty one pilots has been a massive influence for me – it was watching and listening to Josh Dun playing drums that inspired me to play too.

C: I would love to release the songs we’ve written this year. We’re in the process of finishing recording our first song, ‘Anomaly’, so we’re pretty close to achieving it!

H: I think our main goal is to get more experience playing because the more we play, the more we’ll work out what sort of music we want to make. I think we also want to start releasing some original music and we have a couple of songs which are almost ready to release!

L: We’ve been wanting to release some of our own music for ages and I’d definitely say we’re not too far off.

M: Write and release our own music, which we are fairly close to achieving. Perform more. Get matching yellow outfits. Buy more Hawaiian shirts.

You are yet to release original music - what should we be expecting?

C: Nothing the same! Every song we’ve even started to write has sounded different from the rest. Hopefully they’ll all be loved by other people as much as I love them.

H: The original songs that we’ve been working on so far are all quite different from each other, so I’m not really sure how to answer the question; but maybe expect a slightly chaotic range of weird (but in a good way, I hope) songs.

L: There’s definitely stuff coming – we're very excited about it. As for what to expect, that’s quite hard to predict, as whenever we sit down and write a song, we can never tell what we’re going to come up with! Our first song ‘Anomaly’, which we’re in the process of recording, is definitely a lot of fun.

Keep up to date with Yellow District here: 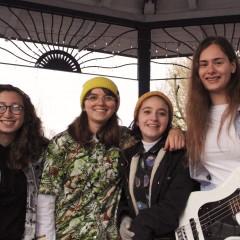