Caroline Calloway: a constant source of criticism, Cambridge University graduate, and so-called “scammer”. I’ll take a look at why the anti-Calloway criticism could be undeserved, and suggest she might be more savvy aesthete than scheming charlatan.

Calloway is either the patron of an innovative literary feat or she’s a self-obsessed mess. There is no middle ground, according to social media headlines and memes in recent months. A writer and memoirist forging her literary path on Instagram with a healthy following of over 720K, she made a name for herself during her time at Cambridge University by biographing her time in England. Calloway gained a following of teenage girls in no time by combining sumptuous photos of aristocratic balls and parties with lengthy Instagram captions.

However, after riding on the success of her rapidly growing platform and securing her book deal dream, Calloway’s perfectly-filtered life took a turn for the monochrome. In 2017 Calloway disclosed that she had quit her deal on ethical grounds, claiming she didn’t want to write a book in which the main character was boy-obsessed, and also revealed she intended to go cold-turkey from an Adderall addiction she’s had since the start of her time at university.

At the beginning of 2019, Calloway hit the news when attendees of her infamous “creativity workshops” dubbed the project a scam and compared it to Fyre Fest. Thus began months of newsworthy shenanigans, culminating in an article her ex-best friend Natalie Beach penned for The Cut, claiming she was the “ghostwriter” behind Calloway and the reason for the influencer’s internet success.

Days later, as the New York press fired into a frenzy over the scandal, Calloway’s mentally ill and reclusive father committed suicide, and she was approached for a Hollywood movie deal.

Put simply, Calloway’s critics portray her as a hoax. If you’re looking for a concise run-down on her most controversial areas, check out her Wikipedia page. However, I believe her creative vision is vastly undervalued, her role as an opinion-leader is trivialised and the extent of her empowerment belittled. From where I’m standing, there certainly is more to Calloway’s success than meets the eye.

As a committed follower for over two years, I couldn’t help but nod in agreement when Natalie Beach remembered how Calloway had pretty-cried her way out of an airport entanglement with her parents’ credit cards fanned out in front of her. Fans have continued to probe questions regarding how she affords her New York lifestyle and why she is seemingly determined to underplay her privilege at every opportunity.

Who pays for her West Village apartment when she doesn’t have a “proper” job? How did she pay back the hundreds of thousands of dollars owed to publishers after reneging on her 2017 book deal? How can she fly to and from England and Italy for aristocratic parties multiple times a year? Calloway’s behaviour makes readers question whether she is simply adding to the toxicity of the over-privileged influencer lifestyle.

I would argue the New York press and Calloway criticisers need to ask themselves a question. Does she really fit the image of a brainless blonde bimbo they seem intent on painting?

Lately, it might be the case that Calloway has addressed the issue of financial privilege by producing her own type of visual art to sell online; savvily using her influential platform to build her brand whilst simultaneously confronting the hater-critique. No longer is she reliant on her parents’ bank account (at least, so it seems?), but instead is utilising her natural creativity that many people are balmy enough to deny.

At some point, Calloway’s critics need to realise this isn’t the ignorant naivety of yet another New York cool-girl, but instead the astute entrepreneurial attitude of an Oxbridge graduate. There’s a reason she’s deeply unpopular and yet people can’t leave her account alone.

Vulnerability: the real reason behind her success

If you just came to Caroline Calloway's Instagram for influencer culture, New York lifestyle and motivational quotes, you're not here for the right reasons. Searing vulnerability flows through Calloway’s content. Shamelessly she recorded her late father’s hoarded house, bursting with dirt, grime and vomit. With flinchingly personal anecdotes she speaks openly about the struggle to overcome addiction. She continues to stick the middle finger to the patriarchal press in a way that never fails to empower.

As inspiring as these facets are, what really motivated me to finally write this article was the way in which she dealt with her father’s death in September 2019.

"I found out that my Dad died. Five days ago I found out that [he] committed suicide. I am sexy and sexual and grief-stricken and shrewd and zany and romantic and generous and imaginative and manipulative [and] I have generalized anxiety disorder and chronic depression and I used to be addicted to Adderall. I'm fantastic with words. I am just because some parts of me seem to be confusing or contradicting or inconvenient. They are. Humans are.”

When Calloway first heard of her father’s passing, she took to Instagram. The cause of his death was still unknown. Her haters claimed that Insta-blogging about her father’s death, on the day she found out, was a way of dishonouring his memory. To me it was inspirational. Amidst personal strife, she dealt with her professional commitments unswervingly, and with a resilience that blew me away.

Caroline flew from New York to the West Coast to attend a slew of meetings about a potential movie deal, just weeks if not days after the news about her father. Calloway often champions different intersectional feminist leaders such as Rachel Cargle and Glennon Doyle. She shares quotes, accounts, social media campaigns. She calls out a misogynistic press. But what is feminist inspiration, if not led by example? We saw a woman live unapologetically, pursue entrepreneurial feats and command a presence just days after the death of her father. That’s not dishonouring his memory - that’s strength. That's real feminism.

Whatever Calloway’s critics can claim about her self-obsession, there’s no doubt that Caroline Calloway’s Instagram account is vulnerable to the last caption. A danger of oversharing? If you’re looking to avoid the raw messy details of a parent’s suicide death, addiction recovery or the impact of mental illness then this account isn’t for you - head over to a more polished influencer. But if you’re looking for daily reminders of inherent personal worth, female empowerment and writing that never fails to inspire then give her a follow, a like, and a chance. 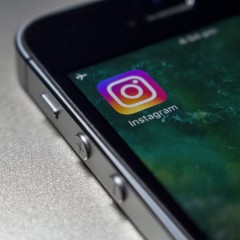 Caroline Calloway: a constant source of criticism, Cambridge University graduate, and so-called “scammer”. I’ll take a look at why the anti-Calloway criticism could be undeserved, and suggest she might be more savvy aesthete than scheming charlatan.