Technology and society are now interminably linked, and decisions made behind the closed doors of boardrooms can have drastic, and sometimes even dangerous ramifications on large swathes of people. To date, ethics and technology seem to have existed in vacuums from one another, with the likes of Google and Facebook focusing on the code, but not the humanity. It has fallen to whistleblowers to listen to their own conscience and inform the public of these decisions being made, to try and turn the company away from their potentially harmful decisions.

This session was run by Cori Crider of Foxglove, a non-profit community interest company that holds big tech companies accountable by suing them when they overstep the line from useful utility and unethical. It looked at what would prevent someone from whistleblowing, and how they can be better protected should they decide to.

There were two whistleblowers in attendance, both of whom have attracted wide media coverage for their actions. The first was Jack Poulson, former Google employee, who resigned and went to the press over the search giant’s plans for a Chinese search engine, and now runs Tech Inquiry. The other was Chris Gray, a former Facebook moderator who spoke out about the appalling conditions they had to work in.

After hearing a little bit about their individual circumstances, we were separated into groups to think of some of the factors that would prevent us from whistleblowing, before returning to feedback. Across the groups a number of consistent themes emerged.

Perhaps unsurprisingly, the primary concern was one of money. People were worried about losing their jobs, and with that, their income ─ leaving them unable to feed their families, or meet other financial commitments. It might also be the case that being fired from one company for leaking would result in a black mark that made it difficult for you to find work in that sector. Extending upon that, there was a concern that whistleblowing would be in breach of non-disclosure clauses included in their contracts, which would then leave the whistleblower defenceless to a lawsuit. The size of the companies would mean they had the resources to just keep throwing legal cases at you until they ground you down.

A few of the other concerns were:

A number of these issues were addressed by Jack and Chris. Jack in particular felt that, although a legitimate concern, the risks of getting sued were quite remote, especially if the company is seen to be public facing.

“It’s a game of chicken between you and the company, especially if it is in the public interest.”

Suing a whistleblower will only increase the media coverage at a time when the company will want to quietly move on, and the airing of dirty laundry could be a PR disaster. Furthermore, far from getting a black mark against his name, Jack had received over 30 job offers within 48 hours of the story breaking.

Pushed for time at this point, we concluded by hearing a bit about Amnesty International’s work to secure better protection for whistleblowers, working with Tech Inquiry and Signals Network: Whistleblowers Foundation on a new initiative called the Tech Accountability Project. Amnesty have also been working on new policies around whistleblowing, and argue that it should be enshrined in the UN Right of Expression.

In the meantime though, although arguably in general, you should be responsible with what you disclose to the press. While the media have a responsibility to be careful themselves in what they release, they ultimately have more legal protection that an individual whistleblower. Before you disclose sensitive information you should consider whether the data is of public interest, and think hard about raising concerns internally before approaching the media ─ doing so will likely strengthen your defence. You should also be aware of the three terms of engagement with the press: on the record, off the record, and anonymous.

One of the parting messages was around using the media to validate the importance of your stories, and specifically why you shouldn’t do it. It was explained that journalists have deadlines, and are looking for the stories of the biggest impact. If you go to one with three issues and they only publish one of them, it doesn’t necessarily mean the other two weren’t important. If you think there is legitimate public interest in some information, don’t be afraid to go to a few different publications.

As far as seasons go, this was a timely, and of great personal interest. It could honestly have benefitted from additional time, as the subject matter was both dense and highly important. As the big companies continue to expand, and look for new markets to enter (or create), there have to be people willing to apply some ethics to the corporate strategy, and if that doesn’t come naturally in the boardroom, it will have to be applied through public pressure as a result of whistleblowers.

This was the first of two sessions I attended with this core group of facilitators. The second, Building a Labor Movement for Content Moderators, is written up here. 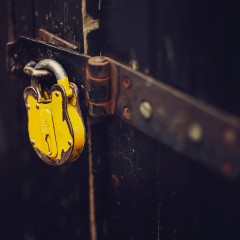 Breaking Down Barriers in Tech Whistleblowing