Discussion of controversy of gender roles and LGBTQ+ representation in the dance world.

Over the last decade leaps and bounds have been made for the LGBTQ+ community with same-sex marriage being legally performed and recognised in 26 countries and a wider acceptance of LGBTQ+ people in workplaces. However, as the rest of the world is moving forward why does the dance world reluctant to move on with the times. This has sparked much debate among dancing professionals and has brought forward the question of Tradition vs Progression. In this essay I shall discuss how professionals are pushing these boundaries and the controversy that has come with these changes.
Firstly, I am going to talk about ballet which many consider to be the foundation of all styles of dance. Ballet has become very controversial due to its strict gender roles especially in older classics. Ballet originated in the Italian courts in the 15th century which although allows for a long history and for beautiful ballets to be passed through the generations, it also means ballet comes with ridged and old-fashioned gender roles. However even though there are many ballets such as ‘Sleeping Beauty’ which still play to the original traditional gender roles many new works are being brought out pushing these boundaries. Ballets such as ‘Giselle’ and ‘Swan Lake’ feature heroines with tragic backstories lean away from the rigid gender stereotypes of women while not straying too far from the original style of ballet. More and more in-depth female roles are being created many by George Balanchine a influential choreographer. Journalist from The New York Times, Alastair Macauley noted ‘Balanchine created what many feel are the most marvelous women’s roles in the repertory. Yet largely those, too, were variations on the 19th-century theme, predicated on the women’s combination of power and beauty...’1. However, some choreographers are really pushing the boundaries of traditional ballet and creating amazing new pieces. For example, transgender dancer and choreographer Jules Skloot, has worked with Katy Pyle a cisgender dancer and choreographer who although was classically trained likes to focus on experimental gender fluid Ballet. In 2013 the pair created a new adaptation of ‘The Firebird’ where Skloot played the role of the princess a role originally created for a ballerina and the ‘princes’ were danced by trans masculine women and gender non-conforming dancers. Ballets such as this provide representation for dancers of all sexuality’s and gender orientations, this is an amazing development as the arts world is supposed to be a place for everyone so why shouldn’t we represent LGBTQ+ people in ballet and dance. As explained by choreographer Robert Binet ‘[Ballet is] a language that is both spoken and interpreted entirely through the body, ’’It’s like any language, it shifts.’2 The dance world just needs to add to its vocabulary.
Unfortunately, there still is disagreement whether this equality and fluidity can be shown through ballet due to a large amount of most ballets involve pointe work. Pointe work is when traditionally women, would rise up on to the ends of their toes and dance while balancing on the tips of their toes. As this is usually a technique that only girls are taught from a young age many argue that male par de deux don’t have the same elegance and aesthetic appeal as the traditional versions due to this lack of pointe work. Maybe that is the case that same sex versions won’t look as ‘pleasing’ as the traditional versions, or maybe we need to open our eyes and broaden our horizons when looking at and considering what is ballet.
1 (Macauley, 2017)
2 (O'Connor, 2017)

Many of these issues have been pushed into the spotlight of the media due to controversy surrounding ‘Strictly Come Dancing’. There is much debate between fans and judges whether same-sex couples should be allowed to compete. ‘Strictly has chosen the longstanding ballroom dancing format of mixed-sex couples.’ 3said a spokesperson for the show when the controversy began but there is still a divided opinion between fans. Judge Rinder told the Telegraph ‘It would be great if it happens, visibility really does matter.’4 I don’t think you can deny but the exposure ‘Strictly Come Dancing’ could provide for the LGBTQ+ community would be massive which could help raise awareness for issues and help people become more accepting of the LGBTQ+ community. In contrast many say the introduction of same sex couples would ‘alienate a lot of their older viewers’5. This divide between supporters and non-supporters of same-sex couples has even started debate in the British Dance Council. The British Dance Council which was founded in 1929 as the Official Board of Ballroom Dancing has placed a bid to ban same-sex couples from the ballroom. This proposal would define a dance partnership as having to consist ‘between a man and a ‘lady’’6 and would ban same-sex couples from mainstream contests as they would have to compete in same-sex only categories. This announcement devastated John Church and Alex Lewall as they are the current winners of the UK Closed Championship, over-35 pre-championship category and would stop them from being able to defend their title. They spoke out saying ‘It’s a totally regressive step’ ‘we just want to dance and to be judged solely on our dancing – not what sex we are.’7
I think that final comment speaks volumes of how progressive and different LGBTQ+ dancers want to be treated in the industry. At the end of the day dance is an art, an expression of emotion and experience and these dancers who are pushing boundaries are only looking for a way to convey their emotions and experiences. Maybe we should stop viewing dance in such a linear way and start seeing it as embodiment of life lived and open our eyes to everyone’s stories not just the ones that were first portrayed in those 15th century Italian courts. So in the argument of Tradition vs Progression I must strongly agree with the progression view. I believe arts are a way for anyone and everyone to express themselves and it gives people a way to express all emotions whether its despair or desire, anger or joy, everyone should be able to use arts in a way that fits them and not have to conform to a cookie cutter version of the arts. 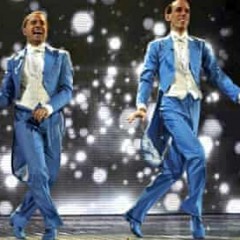 Discussion of controversy of gender roles and LGBTQ+ representation in the dance world.