A summary of my dissertation, submitted the month before the General Election

Art and Politics month may be over on Voice, but Politics will always remain relevant in our lives. For example, we have just had a General Election, the results of which were quite shocking. The General Election, or indeed, votes in general, are one of the main ways in which we get to participate in the political system.

For those of you who don't know, I am a third year politics student at University, and last month I submitted my dissertation. The topic was exploring whether or not technology could be used to engage young people more in the political system. I chose these theme after identifying a worrying trend among academics and news organisations, who felt that young people were apathetic to politics, and there indifference towards voting was walking us into a democratic crisis. A young person, for the purpose of my study, and academic papers in general, are classified as 18-24 year olds, due to our voting laws excluding the under 18s.

James Sloam, who Voice interviewed last month, wrote a paper which identified that 39% of young people voted in the 2001 election, and that number declined to 37% in 2005.(1) This is a pretty worrying statistic, as less that 2/5 of young people were participating in the political system. However, my dissertation later built upon the arguments of Melo and Stockemer to argue that participation can be more than just voting in an election.(2) Signing a petition, or attending a demonstration, or boycotting a product, can also count as a form of political participation, and increasingly, this is how young people prefer to participate.

This does not mean that young people are not interested in voting. As seen in the Scottish Referendum, there was record levels of turnout. This is in part, I argue, due to the highly emotive subject of Scottish Independence. This was a vote that could decide the fate of a country, more so than a General Election. There was also the high use of social media during the campaign, with Facebook and Twitter being specifically mentioned by the Electoral Commission as a source of information.(3) More importantly, the vote was open to 16-17 year olds, and the Electoral Commission stated that 109,593 16 and 17 year olds registered to vote.(4) 75% of these young people actually turned up to vote, and crucially, 97% said they would vote in future elections.

My dissertation also examined previous attempts to implement technology in the more 'conventional' means of political participation, namely voting. Here, however, the results were less positive. Previous e-voting trials had been heavily criticised for their lack of explanation, poor implementation, comparatively high costs, security risks, and most importantly, the failure to increase turnout. This leads to the conclusion that technology is unlikely to be the answer to flagging turnout during elections. But as stated, voting is but one form of political participation, and I think that technology can and has made a difference to the activism of young people in the UK.

My study was by no means complete. I lacked the time to do any first hand research, meaning I had to rely on secondhand data, some of which was at least a decade old. Technology advances incredibly quickly, with new social networks seemingly popping every week. Detailed breakdown of the 2015 General Election turnout is yet to be released, but it will be interesting to see whether or not #Millifandom managed to capture the interest of young people enough to turnout and vote.

Did you vote in the General Election? Do you believe that young people are politically apathetic? Let me know you thoughts in the comments below! 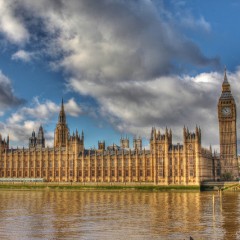 Can technology increase the political participation of 18-24 year olds in the United Kingdom? - An extract

A summary of my dissertation, submitted the month before the General Election