You would have to live under a rock to have missed the scandal that blew up last week about everyone's favourite bath bomb provider. The debacle in which Lush were widely accused of launching an anti-police campaign not only dominated social media platforms but hit national headlines.

The store's campaign featured slogans including 'police paid to lie' and blue 'police line do not cross' tape in their windows, as well as images of uniformed officers. On first glance it is incredibly easy to misconstrue this meaning and question what on earth the intent was. The angry reaction it has received is understandable - the police in this country are vastly underfunded and valued and certainly don't need to be on the end of negative targeting from a high street brand.

However, if you stop to look into Lush's campaign, it becomes clear that this was not a generically anti-police campaign but an awareness raising exercise about a very specific issue within the police force. The 'Spy Cops' scandal was where it was revealed that a series of incidents had occurred in which undercover officers formed relationships with subjects of investigation, or those involved in groups being investigated. Not only did these officers engage in fake sexual relationships when they often had families but some even had children in these relationships. Lush's interest in this scandal is the fact that it hugely affected activist groups, and environmental campaigns such as those Lush itself gets involved in.

This scandal hasn't received much media attention and the current inquiry is stalling, hence the company's choice to raise awareness now. Disappointingly, the Crown Prosecution Service has failed to bring charges against officers or their seniors. This creates a genuine question of whether it constituted institutionalised rape, as could a victim have given sexual consent if they didn’t know who their partner really way? Would those victims have consented to sex if they knew their partner was a police officer who was collecting intelligence? The officers themselves may even be victims if pressured to act by senior officers. The victims were also largely female, making this an incredibly gendered abuse of power. In reality, how far does it depart from #metoo?

The depth of investigation into activist groups is also a huge concern. The scandal is almost Orwellian and feels like something from a totalitarian dystopia. The groups that were being investigated weren't criminal gangs but people trying to make positive change. It is well known that activist groups have always been viewed as suspect by those in power, however this incident takes the perceived animosity between such groups and the establishment to a whole new level. If trying to change the world for the better makes you a target for the police and the state to invade your privacy, how on earth do we expect people to engage in activism.

It is completely unequivocal that Lush botched this campaign, and they did so monumentally. What was clearly supposed to be shock tactics has hugely backfired, as now most of the country has missed the point. I completely disagree with the company's method of bringing this issue to light, and this is disappointing as it could have been a really fantastic campaign raising awareness of a really important issue. While Lush may have only had good intentions, they need to take responsibility for the mess that has been made. Unfortunately interpretation tends to rule over intent and companies always need to be careful not to fall foul of this.

However, the public are not totally innocent on this, either. Here, mob mentality has taken hold, and people have jumped to conclusions without understanding the issue in the slightest, or being able to think critically about it. We often infantilise the general public and forget that they are not just blind consumers, but do have the ability to think for themselves - people should be finding the information before they jump on the bandwagon. Lush's tactics were no different to the content of some UK newspapers on an almost daily basis, and we don't see outrage on the same scale when vulnerable groups are targeted in these publications. The public also need to acknowledge that our police force are not infallible. It would be great to live in a world where we can completely trust all officers but gross misuse of power does occur and we need to hold the police accountable when this does happen.

Many discussions have centered around the company 'sticking to bath bombs', but people also forget that Lush is political. In reality the company has a long history of being invested in activism for environmental issues, animal rights, human rights and even issues such as body image. They are probably one of the most ethical private companies out there and I imagine their influence and capital has probably allowed them to have a bigger impact than most public or charitable organisations. Boycotting Lush doesn't do anyone any good, and rating them one-star on Facebook is simply spam.

How do we move forward from this mess? Hopefully Lush will learn an important lesson, but I also hope that at least some of the public will have taken the real message of the campaign. It's not about Lush vs the police or taking sides. It's about recognising that some police officers abused their power in very serious ways and hopefully inspiring people to form opinions and engage, which is what good activism should do. 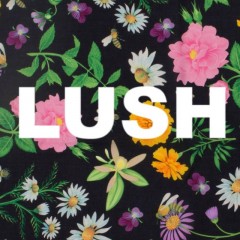