Certainly a straightforward but a controversial topic, the left-wing movement has made some very questionable developments in recent years - to the point where people lose hope in its purpose & meaning.

Until the age of 12, I was raised mainly by my mother and my grandmother - so basically I had to respect women. "Feminism", however, was never really used around my house, and I didn't learn about it until I was taking GCSE Sociology. It was an easy concept to grasp - the belief that men and women should receive equal choices & opportunities in society. I believed this idea anyway, so from that day on I called myself a feminist.

But if it's so straightforward, then why is it so controversial?

One obvious reason is that it opposes sexist views, which to this day some people still hold. These kinds of views have almost been around since the dawn of time, and today they exist in the form of trolling; often using offensive language to establish a reaction from a group, rather than actually supporting these views.

However, the main issue is different interpretations of feminism - there are feminists who believe that women should prove themselves 'better' than men by acting in a certain way, i.e. wearing non-sexualised clothing, which means women can't express themselves as much as they should. An example of this is seen when Emma Watson was criticized for posing in Vanity Fair:

Perhaps the most contrite interpretation has become renowned for talking an ultra-politically correct stance, both criticising and attacking "normal" social behaviours, i.e. drag artists, especially on the internet. Anything (I mean nearly everything) seems to be offensive to racial or LGBT groups, and middle-class 'white' privilege is looked down upon.
The problem is that it threatens people's' freedom of speech, and censorship is slowly becoming the norm. Now young people are now being defined as the "Generation Snowflake" and blamed for establishing this movement. Clearly, it's young people being whiny and miserable...

What's the point of being an advocate for liberal politics when, rather than stand up and defend your opinion, you'd just prefer to shut everyone else down to do nothing but boost your ego? Cherry-picking and labelling things as "offensive" is a massive waste of time. It's not feminism, it's blatant stupidity and the dumbest form of hypocrisy I've seen.

As Emma Watson famously stated, "Feminism is about choice." It's about giving women freedom to decide for themselves what they want in life - It is NOT a stick to beat other women & men into conformity and anti-sexism. If a little girl wants to play football instead of 'Mummies & Daddies', she shall. If a teenager wants to pierce her nose and dye her hair, she can. If a young woman wants to marry the love of her life, male or female, she will. If a woman wants to pose topless for a magazine, she will. 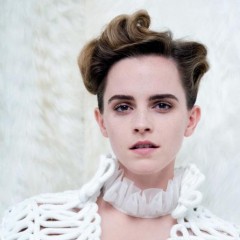 Feminism is stronger than ever

Certainly a straightforward but a controversial topic, the left-wing movement has made some very questionable developments in recent years - to the point where people lose hope in its purpose & meaning.