We are witnessing a societal change unfold.

A radical and momentous shift towards equality is happening right now. With women taking to social media to speak out against sexual violence towards them. Women are taking to twitter to support each other in breaking the silence around sexual abuse through using the #MeToo hashtag to say, you are not alone, I believe you, this has happened to me too and this needs to stop happening.

People are exposing the extent to which this is part of every woman's experience, not just from a stranger on the street, but in the home, amongst friends and in the workplace. Women have been silenced through fear of loosing work, not being believed and blamed. Women and men have been socialised into a society which normalises the spectrum of sexual assault and often blames the victim if she speaks out.

We are seeing a growing movement of people taking courage from each other to change the narratives that women have had to tolerate for so long.

Male privilege and economic power are just some of the issues we need to bring up, with patriarchy ingrained into the very structures of society; there is so much to be talked about.

Here are a few of the thousands of tweets from courageous women starting up conversations that need to be had.

Wanna talk about #MeToo moments? Ask women about turning down their "friends" and the subsequent aggression that comes with it.
— It's Suber, not Uber (@misssuber) October 20, 2017

Because he was suppose to be my guardian, my protector, my guide, my father. living in silence has been hell! #MeToo
— Mily (@milyq45) October 20, 2017

When do victims ever get over being sexually abused? Never. We survive, cope, endure, live. #metoo
— Jen (@LuckyJenJen) October 21, 2017

to anyone who's been a victim of sexual assault/abuse: you are stronger than you can ever imagine, because I am too. #MeToo
— thom (@thomjana_) October 22, 2017

I was sexually harassed at my job. When I complained to my boss, she told me thanks for ruining it for the rest of us #MeToo
— Angel Whisky (@Roxy52fun) October 20, 2017

What can we do to drive this social change towards equality and respect? This is the question everyone needs to keep asking and sharing their thoughts to keep the MeToo conversation going.

The media can lead us to believe that there are lots of grey areas around sexual consent but there aren't. The law makes it very clear; what we need to do is make sure that everyone understands the law.

Don't believe me? Consent is Everything describes exactly what does and most importantly does not, constitute consent.

Everyone should watch this animation which clearly and cleverly explains the law on sexual consent.

Where can you turn if you have been assaulted?

There are helplines which are free and confidential. Put them on your phone and share them and help them raise funds to keep going. 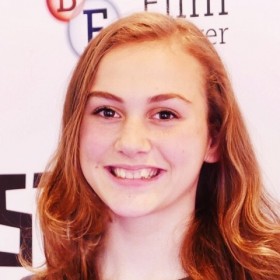 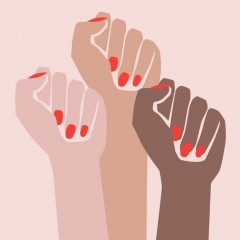 We are witnessing a societal change unfold.