Although we have come a long way since the suffragettes, there is still inequality against women in the world of work. I am going to look at the difficulties for women in the arts to be recognised for their work on an equal scale to men.

It is clear to all those interested in film that women appear less in the media regarding their work. As I am a woman myself, I find this a shame and an outrage, but there are a range of viewpoints surrounding this issue.

Some people believe that, as women have been rendered more equal in today's society, and have the option to produce and direct films, their work is simply less preferred than the work of their male counterparts. Perhaps it is the mind-set of women that means that they direct films differently and in a way that is less appealing to the public. They may argue that films are produced by men for entertainment, and women's films are more a creative exploration. Although these stereotypes have been given to both genders, they are definitely not true as I will explain later. But it has generated some negative perceptions towards women directors and filmmakers alike.

Perhaps the problem lies in education in schools. Many schools do not teach the arts as a 'real' job; when most people think of the arts, they think of acting, lost dreams and poor pay. They do not consider the other opportunities behind the scenes, such as directing, producing and camera work. In today's society particularly, girls are being pushed towards careers in engineering, and science, as in the past, this is where fewer women worked. Unfortunately, that leaves other departments, such as the arts, with fewer female students. The most unfortunate thing; many people cannot see this, because of the high numbers of girls who wished to become actors, forgetting about other areas of the film world. With more education into these opportunities, it is likely that more girls are going to be aware of their career options in the arts, which at present, is not apparent.

Furthermore, women are seen less in media than men. This is not just apparent in the arts; women's sport is televised less than men, with the common belief that it is less exciting. Male directed films, such as the Star Wars trilogy and all of the Harry Potter films, have a reputation of being dramatic, intense and, at points, violent. Women- directed work is stereotyped as being more Indie; they tend to have more independent films, perhaps because companies are less encouraged to hire them due to this stereotype. This stereotype, like many, is not true: in fact, it was Patty Jenkins who directed the latest DC film, Wonder Woman (which has plenty of violence and intense moments).

It is only recently that today's society has become a somewhat equal one, although there are still many discrepancies between genders, which varies dramatically between countries. The film industry has remained a male-dominated one. After all, it was the Lumiere BROTHERS who began the film movement in France, which later inspired Hollywood. Having started the film revolution, it appears that men have continued to lead, directing the majority of blockbuster movies. According to the Guardian, 75% of blockbuster crews are male. This makes it extremely difficult for women to have equal recognition, and with the absence of female role models, girls are less likely to become interested in this area themselves.

From my research and investigation into this issue, I can see that women clearly do not have the same respect regarding film making in the Hollywood industries. They are often left out of film discussions, and, in practice, are less preferable than male directors regarding companies. In fact, Listovative's list of the Top 12 directors of all time (http://listovative.com/top-12-best-hollywood-film-directors-of-all-time/) does not list a single female director! Perhaps there is a stigma surrounding film making as a glamourous, male pursuit that discourages women from even beginning to enter this sector of the industry. Nevertheless, to render our society more equal, it is clear to me women should be recognised more often for their work: How can we appreciate film without even seeing the other gender's interpretation of events? 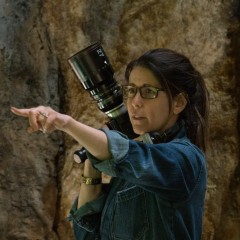 Although we have come a long way since the suffragettes, there is still inequality against women in the world of work. I am going to look at the difficulties for women in the arts to be recognised for their work on an equal scale to men. 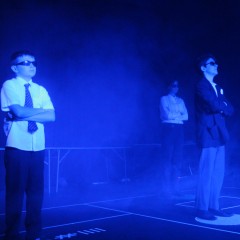