With Drumpf pulling out of the Paris Agreement, where does that leave climate change for the 2017 election?

Think immigration is bad now? A 3ft rise in sea levels would cause 20% of Bangladesh to flood underwater, thus displacing 30 million people. But scientists are predicting 5-6ft rise by 2100!

Under the Conservative government we pledged to extract only two-thirds of what's in the world's current reserves. A step in the right direction then, surely? However the 2017 Conservative manifesto promises to make the opening of fracking sites a whole lot easier, negating that promise.

Labour is more focused on producing clean air from cars than climate change. The Liberal Democrats want to ban fracking and more than double green energy to 60% by 2030 and reduce emissions to 0 by 2050. The Green Party are aiming for 1.5 degrees warming globally, well under the 2 degrees target.

So what will you do? The economy will affect us all now. But think about 100 years in the future. What then?

For a lengthier explanation, visit: https://www.vox.com/energy-and-environment/2016/10... 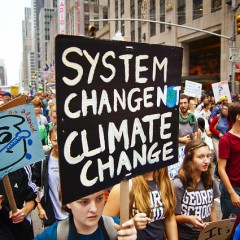 With Drumpf pulling out of the Paris Agreement, where does that leave climate change for the 2017 election? 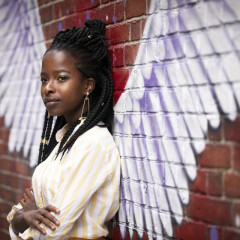