Should selfie be a word in the dictionary? Previous editor of the OED John Simpson seems to think so!

Every year the Oxford English Dictionary announces new words to be added to the dictionary which usually causes a storm and a number of articles about the state of modern language. As a young person who cringes at 'lols' but loves a good selfie, amongst other contemporary terms, I was intrigued to find out what someone who edited the OED for 15 years would make of the changes our language has undergone.

Simpson's life experience is really interesting if you are a little bit of word nerd but possibly also surprising. He began working on the OED in the 70s and it was a shock for me to find out that at this time the dictionaries that were published were the same ones that has been compiled at the beginning of the 20th Century - there hadn't been an update in 50 years! The company decided to release a supplement of additions during this time but it wasn't until the 80s and technology allowed dictionaries to be digitised that anything really changed and a second edition was released. Simpson describes how a project to update to a third edition began in 2000 and he said it is now about 40% complete.

As someone who had always assumed the dictionaries I used were a complete and definitive resource this was mind-blowing and has completely changed my understanding. I'm going to guess that not that many people are aware of this since there were murmurs across the room at this revelation.

However, for most of us now a hardcopy dictionary on the shelf is a thing of the past - I remember using one for schoolwork when I was younger but most kids now grow up using the internet. Simpson recognised the importance of technology in facilitating the updates to the dictionary and its progress, claiming that without it, it just wouldn't have happened.

He has a surprisingly liberal approach with the opinion that we should simply document language - new words will either fall into common usage or they will soon disappear, as short-term fads, suggesting that there isn't a wrong or right way to use language.

You might have to be pretty keen on etymology to read his memoir The Word Detective but all in all it was pretty interesting to hear about the process of finding words, their sources and exploring their uses, as well as some examples which had brilliant stories around them. Definitely a talk which made me think about just how weird and wonderful our language is. 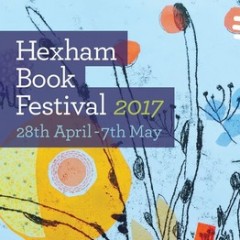 Should selfie be a word in the dictionary? Previous editor of the OED John Simpson seems to think so!