British-Indian singer and songwriter from Leicester is back with a new and heartfelt single. Prianca RA incorporates her multicultural identity into her music and is changing the culture of communication through songwriting.

Prianca RA just returned with an emotional single about seeking solace in Harry Potter books and suffering in silence. As a true mental health advocate, Prianca is not afraid to open up about her own mental struggles in her songs, allowing listeners to resonate with the pain and turmoil that comes with suffering in silence.

With 'Buried Myself Alive', she speaks about the time she didn’t have the strength to carry on and thought about suicide, keeping too many things to herself. After burying huge skeletons in her closet, she didn’t have enough closet space to cope with what she was carrying any longer. As a child, Prianca was often seen with a book from the Harry Potter series and enjoyed living  in the magical world J.K. Rowling created. By immersing herself in a new world, she felt free from the trauma she was going through. After releasing the demons outside, she couldn’t contain them any longer and told her family and friends exactly what she had been burying.

Prianca RA normalizes mental health struggles and wants others to know that it is okay to reach such a desperate point, but we are not alone. She hopes her song ‘Buried Myself Alive’ will reach people who may be experiencing thoughts about suicide. She encourages those suffering to talk to someone they trust - anyone. There are a variety of organizations that have a 24/7 helpline and team dedicated to supporting anyone who needs help. Prianca has lifted herself out of Fireland but she couldn’t do it alone - she needed help and it’s extremely important to those who feel like there isn’t anyone to turn to to reiterate that there is someone out there who wants to listen to you, who wants to help you, who wants to support you. All it can take is a quick Google search to find a helpline: http://findahelpline.com 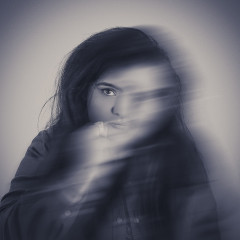 British-Indian singer and songwriter from Leicester is back with a new and heartfelt single. Prianca RA incorporates her multicultural identity into her music and is changing the culture of communication through songwriting.