A delve into celebrity book releases.

The world of literature is varied and multifaceted. Whilst tropes and genres can be predictable, social media has brought on a rise in celebrity literature. The upcoming release of Love Island winner Amber Rose Gill's new book: Until I Met You, caught my eye for many reasons. I wanted to delve into the world of celebrity books, the good and the bad. As I began my research, I came to one conclusion. The concept of a celebrity novel is quite interesting, but its downfall lies in its execution.

Public perceptions of celebrity books tend to fall on the negative side. There are common conceptions that most celebrities hire 'ghost writers', a person who writes material for the named author of a book. One of the most notable examples is Zoella's 'Girl Online' novel, released in 2014. For many of Zoella's reasonably young audience, there was a belief that Zoella was the book's sole author. This was not the case, and Zoella had the help of a ghostwriter. Despite Zoella thanking her ghostwriter in her acknowledgement section, many felt more transparency was needed.

This brings me to one of the pitfalls of celebrity books, transparency. Enlisting the help of a ghostwriter is not a bad thing. In fact, it can be positive. They can help advance ideas, save time, and increase the quality of your work. Nonetheless, the issue arises when there is a lack of transparency surrounding the process of the novel. When it comes to celebrity novels, transparency can go far and avoid disappointment from fans. Popular figures already face levels of distrust surrounding business projects launched, and a novel is no different.

'Girl Online' was highly successful, with the book being the fastest-selling novel of 2014 and being followed by two other books in the series. Many enjoyed it, but the negative perception of the book resulted from the idea that both Zoella and the publishers pushed out initially. It was marketed as Zoella's book, not Zoella featuring a ghostwriter. Arguably, if Zoella were clear about this from the announcement, there would still be backlash. Nonetheless, it would have allowed fans to form opinions on the matter instead of feeling deceived.

In other cases, some view these ventures as simply a cash grab for these public figures. An instance of this was Kendall and Kylie Jenner's YA novel: 'Rebels: City of Indra'. Again, this release was littered with controversies surrounding ghostwriters. Yet, some fans felt that the authors did not care for the novel. Some have speculated that while Kylie tried to understand the book, Kendall did not. This led to accusations that this venture was simply a cash grab. In addition, the release of a book did not necessarily fit in with the Jenner's brand, which added to this accusation.

When we think of the KarJenner clan, we think of makeup, clothes, and fashion: not a YA dystopian novel. Whether this was a cash grab or not, I am not that concerned. However, this shows how the execution of any book rollout, especially celebrity ones, is essential. Presenting that you are passionate and excited about the novel you have spent time on should seem self-explanatory. Yet, this is not the case when pouring through different celebrity releases. Once again, celebrity novels can be interesting, yet the execution of releases can be a hit or miss.

However, with Amber Rose Gill's new novel, I see a change from this trend. I see an author who is passionate about her work and has publicly acknowledged those who have worked with her on the project. In addition, her novel is about a summer romance, which fits with her personal brand of being a Love Island contestant.

The reading community is not a quick and easy way to make money or a way to add accomplishments to a name. They deserve well-written, well-thought-out books released by passionate authors. So let’s hope this doesn’t end with Amber, but is the start of something new that can change the reputation of celebrity books. 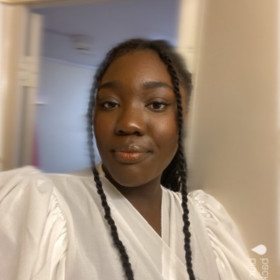 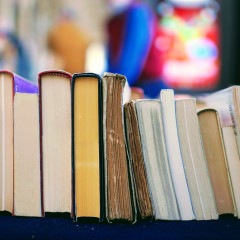 A delve into celebrity book releases.